Why Did President Trump Cancel The North Korea Summit? 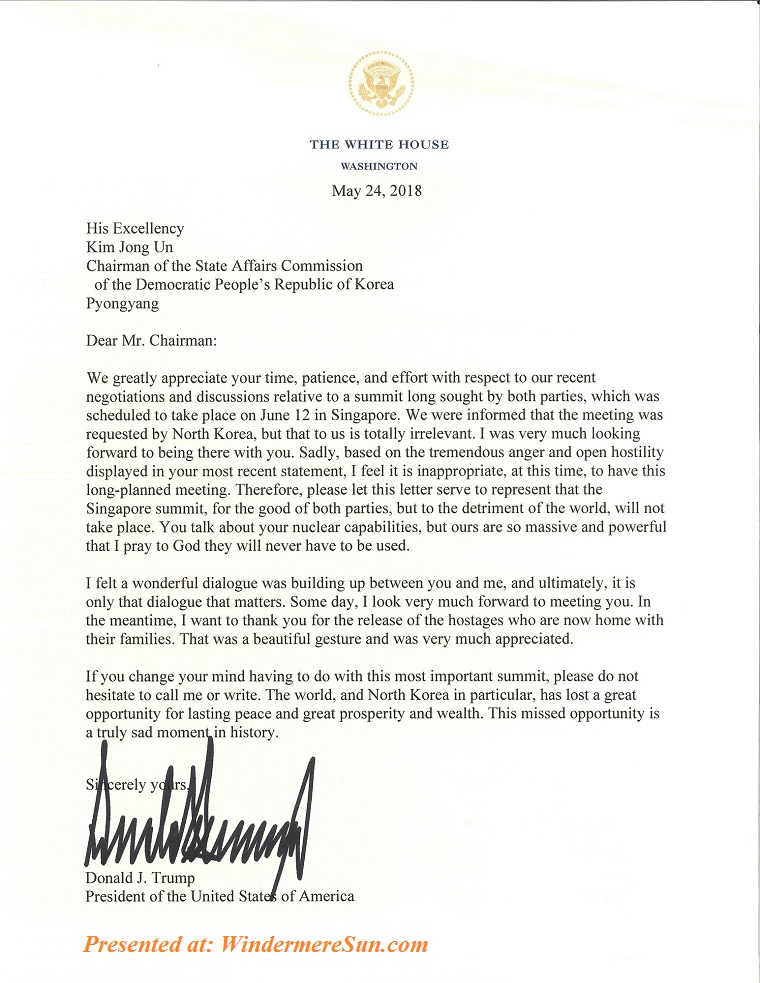 In a letter released by the White House from President Trump to Kim Jong-un on Thursday morning, May 24, 2018, President Donald Trump announced that he will not be meeting with North Korean leader on June 12, 2018 in Singapore. He said in the Roosevelt Room that the decision amounted to a “tremendous setback” and warned North Korea that the U.S. military is ready to act should Pyongyang take any “foolish and reckless” action. But he also left the door open to the possibility of renewing diplomatic future between U.S. and North Korea. “If and when Kim Jon-un chooses to engage in constructive dialogue and actions, I am waiting.”

Meeting on June 12, 2018, at Singapore, between Trump and Kim, would have been a historic moment bringing peace on earth. Was Trump so afraid that Kim Jon-un might cancel the meeting that he had to beat Kim to it? If that were truly the case, then it is a pity that such teenage drama had been played on the diplomatic scene. Is this a negotiation strategy: demonstrating the ability to walk away from the table? Much remains to be seen.