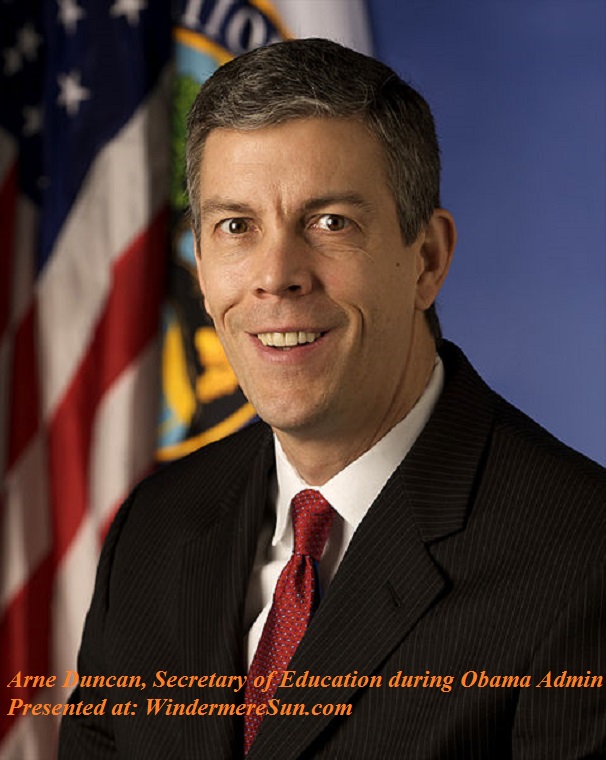 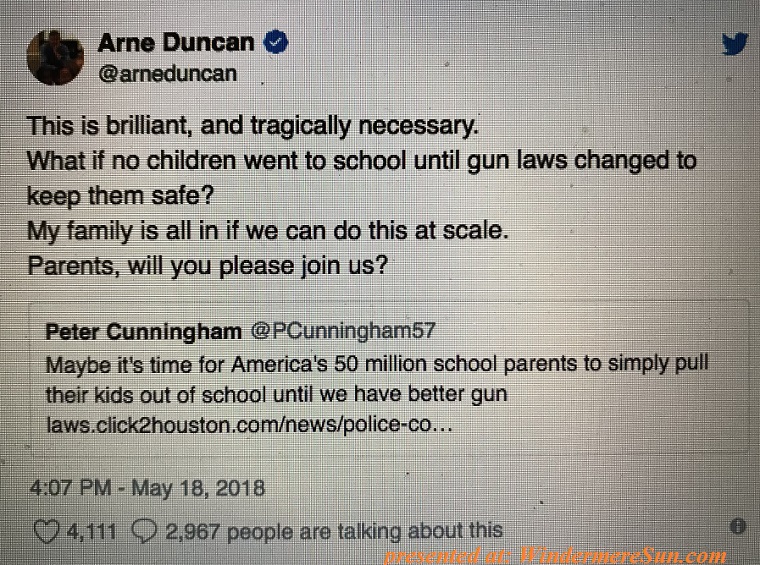 
Former Secretary of Education Arne Duncan tweeted a radical idea on Friday, May 18, 2018: Parents  should pull their children out of school until elected officials pass strict gun control laws. His tweet appeared just hours after the shooting rampage at a Houston, TX high school, Santa Fe High School, that killed 10 people showed up on the news. This mass shooting occurred just three months after 17 students and staffers were gunned down at Marjory Stoneman Douglas High School in Parkland, FL.   Duncan previously served as CEO of the Chicago Public Schools from 2001 to 2009. He was the United States Secretary of Education from 2009 through December 2015. He is currently a senior fellow at the University of Chicago Harris School of Public Policy and a board member for Communities In Schools.

When a former department of education employee Peter Cunningham tweeted that it may be time for parents to pull their children out of school until gun laws are changed, Duncan responded that his family “is in”. “This is brilliant, and tragically necessary,” he tweeted. “What if no children went to school until gun laws changed to keep them safe? My family is all in if we can do this at scale. Parents, will you please join us?”

During a later interview, Duncan said that the idea of boycotting schools was intended to be provocative, but an aggressive approach such as boycotting schools may be necessary in order for gun laws to be changed. Ducan has school-age children and said if this idea were to gain traction, his family would participate. He further added, “It’s wildly impractical and difficult, but I think it’s wildly impractical and difficult that kids are shot when they are sent to school.” Duncan said a school boycott is just one suggestion, and he would consider other creative ideas that would encourage policy changes as well.

So far, the boycott proposition has received momentum online, receiving much support from parents and the founder of Teach for America, Wendy Kopp.

The superintendent of KIPP Public Charter Schools in New York City, Jim Manly replied, “I’m in! Let’s pick a date and start a movement no politician can ignore.”

Duncan continued, “This is not rocket science. This is not difficult intellectual issue. What we lacked is political courage, and we need to create the tension that allows us to break through on this issue.”

A previous interview with Arne Duncan, below: