Meghan and Harry's kiss at their royal wedding (presented at: WindermereSun.com) 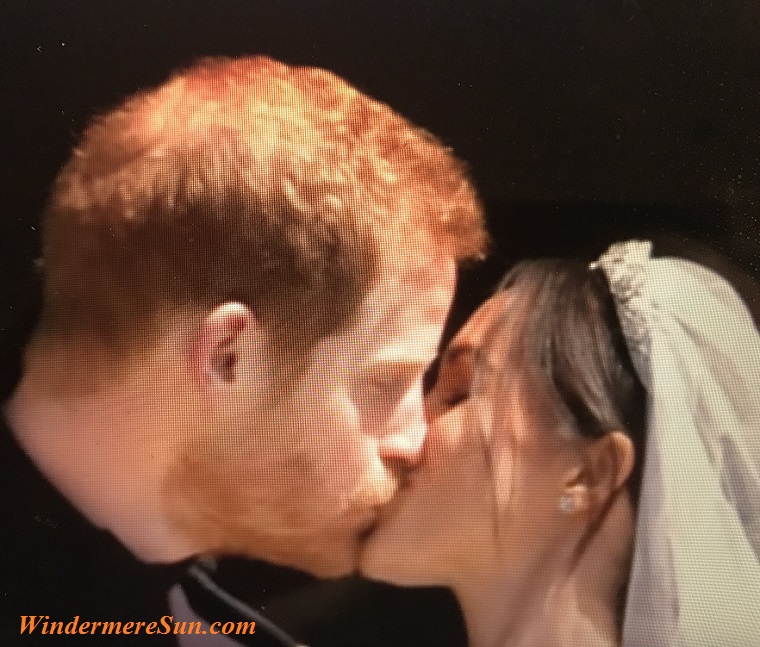 Meghan and Harry’s kiss at their royal wedding (presented at: WindermereSun.com) 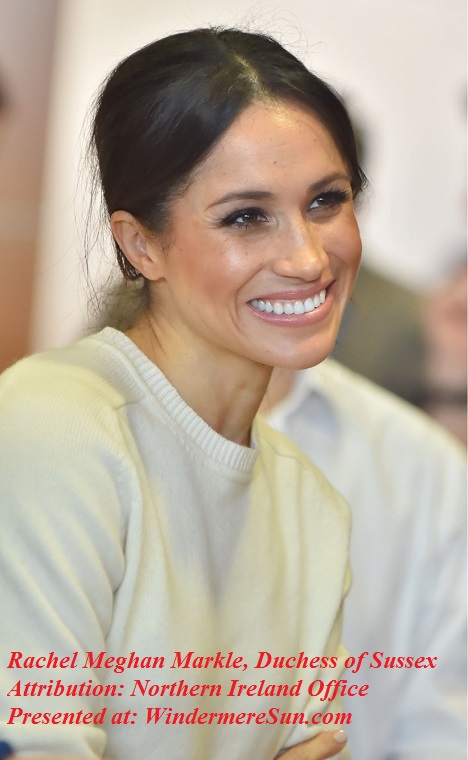 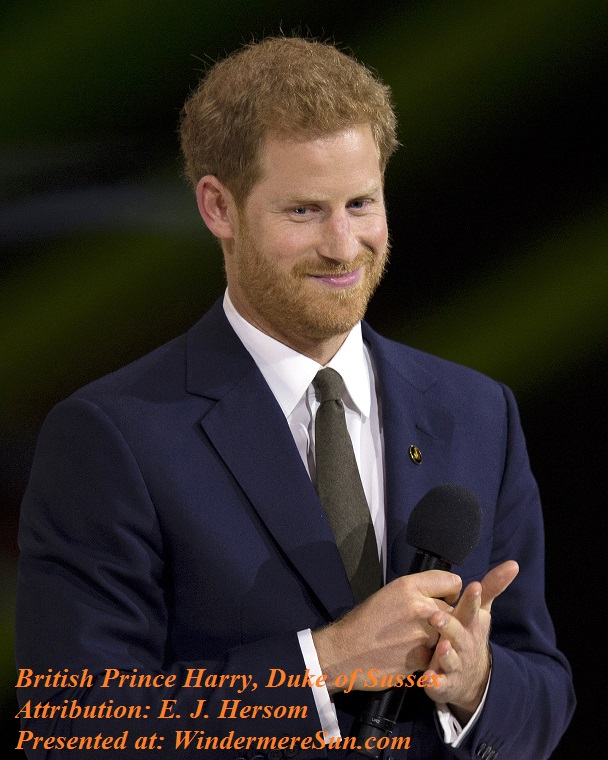 United Kingdom’s Prince Harry speaks during the opening ceremonies of the the2017 Invictus Games in Toronto, Canada Sept. 23, 2017. (DoD photo by EJ Hersom, presented at: WindermereSun.com)

Of course, the year 2018 would not have been complete without the coverage of the modern day fairy tale royal wedding of British Prince Harry and the American  actress Rachel Meghan Markle at the Windsor Castle. On Saturday, May 19, 2018, the Los Angeles born and raised Rachel Meghan Markle has become Rachel Meghan Mountbatten-Windsor and the Duchess of Sussex. It is the product of 16 months of dating and 6 months of engagement. On this 476 acre ground of Windsor Castle, chirping birds and wonderful fresh air usher the British royal family into a new era.

There are quite a few “firsts” in this union. Ms. Markle, self-identified as a feminist, entered St. George’s Chapel alone rather than being given away by her father or any man, a departure from tradition. Prince Harry, sixth in line to the throne, who has long been a proponent for British monarchy to draw closer to its people, is marrying Ms. Markle, an American actress three years his senior, biracial, divorced and vocal about her views. During the marriage ceremony, black culture is threaded throughout the central theme, from address by Rev. Michael Bruce Curry with his quote from Dr. Martin Luther King Jr., followed by Karen Gibson and The Kingdom Choir’s rendition of “Stand by Me“, a song popularized by the soul singer Ben E. King. Many people lining the streets to give the royal couple their best wishes said they liked the change the couple represents, breaking boundaries and taboos. The year 2018 is definitely a long way from 1936, when King Edward VIII chose to abdicate the throne so that he could marry a divorced American woman,Wallis Simpson. The British monarchy is definitely becoming more inclusive.

For the romantics out there, here is an interview about their proposal, below:
Gathered, written, and posted by Windermere Sun-Susan Sun Nunamaker
More about the community at www.WindermereSun.com
Any comments, suggestions, concerns regarding this post will be welcomed at info.WindermereSun@gmail.com