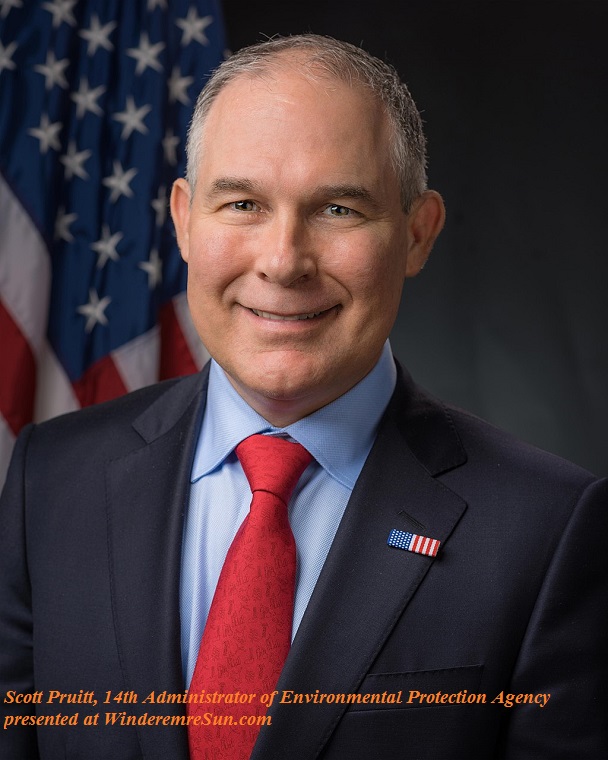 On Wednesday, May 16, 2018, the EPA Director Scott Pruitt faced the tough grilling by Senate subcommittee hearing, regarding ethical issues from his use of tax payers’ money to fly first class to over spending on his personal security. Repeatedly, he deflected by claiming that he either couldn’t remember the details or was unaware of the decisions made by some of his aides.

Among the many allegations reported during Senate hearing, Senator Tom Udall (D-N.M.) brought up, “There have been reports that you encouraged the use of lights and sirens on your motorcade even though there wasn’t an emergency.” After Pruitt responded, “I don’t recall that happening”, Udall presented a February 2017 email from Pruitt’s head of security, Pasquale “Nino” Perrotta, with subject titled “Lights and Sirens” and the body containing one line “Btw-Administrator encourages the use.” Apparently, Eric Weese was demoted after he refused to drive with lights and siren and John Martin, was removed from the detail after objecting to Pruitt’s security procedures.

For a thorough understanding of the allegations against EPA Director Scott Pruitt, Senator Tom Udall summarized, “Administrator Pruitt, you have been treating your position of public trust as a golden ticket for extravagant travel, fine dining, and a platform to cozy up to media personalities, political donors, and polluters. I am worried that you are spending all of your time enriching yourself and your friends while betraying your mission to protect human health and the environment.” in the video below: Overall, Pruitt had been the subject of  16 investigations by federal entities, such as the illegal $43,000 soundproof phone booth (according to Government Accountability Office),  the $3 million 24/7 security detail that accompanied him to Disneyland and the Rose Bowl, using taxpayer money for partisan social media, his trip to Morocco arranged by a lobbyist who then won a contract from the Morocan government, giving raises to Pruitt’s top aides, giving top EPA job to Pruitt’s friend who did not show up for work for months, etc.

Senator Udall denounced Pruitt as “disastrous” and “a betrayal of the American people.” while Senator Patrick J. Leahy mocked Pruitt’s security and called him a “laughingstock.”

It is evident that Pruitt’s abuses of office are catching up with him. No amount of bodyguards or lights and sirens would be able to protect him from justice.