Will There Be A Summit Between Trump and Kim? 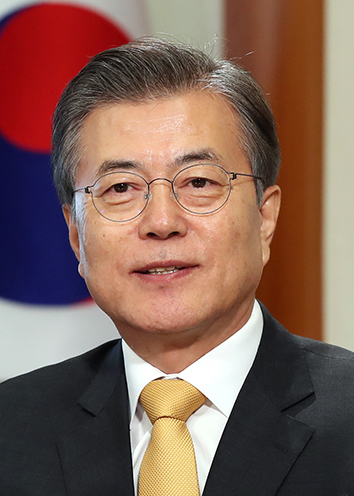 Earlier today, Wednesday of Seoul time (Tuesday, May 15, 2018, of U.S. time), North Korea canceled talks with South Korea and threatened to walk away from the historic summit with President Donald Trump on June 12 in Singapore, in protest of the ongoing military drills involving U.S. and statement made by U.S. National Security Adviser John Bolton comparing North Korean denuclearization to that of Libya’s (recall that Libyan leader Moammar Gadhafi agreed to dismantle his nuclear, chemical and biological weapons programs in December of 2003. Eight years later, after Washington soured on Gadhafi, NATO forces helped overthrow him).

KCNA, the state-run Korea Central News Agency, published a statement saying North Korea would never accept economic assistance from the U.S. in exchange for unilaterally abandoning its nuclear program. Kim Kye-gwan, North Korea’s First Vice Minister of the Ministry of Foreign Affairs, said “it would offer economic compensation and benefit in case we abandon nuclear weapons….We have never had any expectation of U.S. support carrying out our economic construction and will not…make such a deal in future.”  Kim Kye-gwan (and North Korea) felt that if the Trump administration was genuinely committed to improving ties with Pyongyang, there would be a deserving response. “But if they try to push us into a corner and force only unilateral nuclear abandonment, we will no longer be interested in that kind of talks and will have to reconsider….the upcoming summit.”

Kang Kyung-hwa, South Korean Foreign Minister, spoke with U.S. Secretary of State Mike Pompeo today. Pompeo was quoted saying preparations would continue for the summit between Trump and Kim. “keeping in mind this is action of the North.” The South Korean government released a statement saying, “Minister Kang and Secretary Pompeo agreed to continue close cooperation between South Korea and the United States to achieve a complete denuclearization and peace settlement on the Korean Peninsula.”

It is understandable that there would be such a push back from North Korea at the moment, given that Kim responded to Bolton’s comments with, “an awfully sinister move to impose on our dignified state the destiny of Libya or Iraq which had been collapsed due to yielding the whole of their countries to big powers.” He further added, “It is absolutely absurd to dare compare (North Korea), a nuclear weapon state, to Libya which had been at the initial stage of nuclear development….(The) world knows too well that our country is neither Libya nor Iraq which have met miserable fate.”

It is high time for U.S. to re-examine our statements and seek out the wisdom from South Korean leader, Moon Jae-in, who understands both the position and thought process of North Korean as well as U.S. government systems and leaders. Much credit should be given to Moon Jae-in if there will be success in the summit regarding denuclearization of the Korean Peninsula.