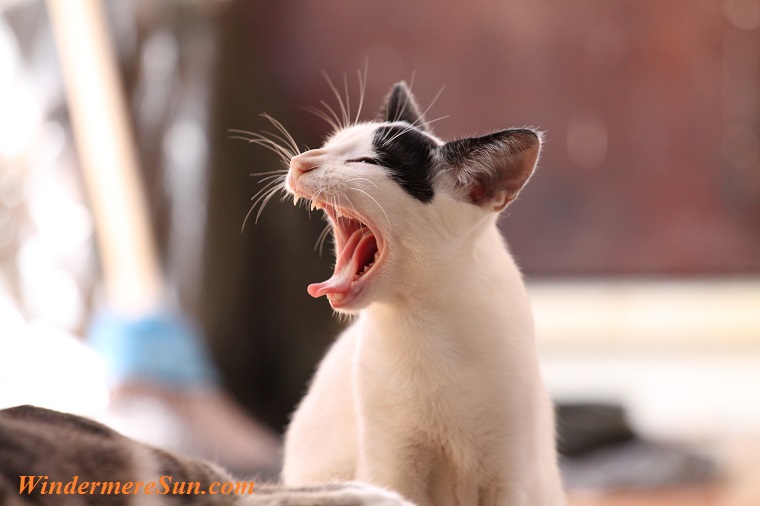 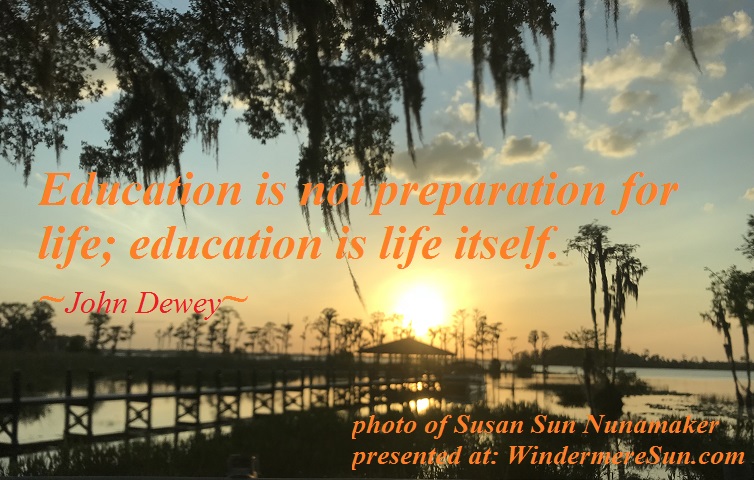 Quote of 05-05-2018: “Education is not preparation for life; education is life itself.” (quote of John Dewey, photograph of Susan Sun Nunamaker, presented at: WindermereSun.com)

Some say that yawns are contagious. Do you feel like yawning looking at this photo?

Quote of 05/05/2018 : “Education is not preparation for life; education is life itself.” (quote of John Dewey, photo of Susan Sun Nunamaker, presented at: WindermereSun.com)

John Dewey once said, “Education is not preparation for life; education is life itself.” What do you think?

Let’s take a look at what wikipedia has to say about John Dewey, in italics, below:

John Dewey ( October 20, 1859 – June 1, 1952) was an American philosopher, psychologist, Georgist, and educational reformer whose ideas have been influential in education and social reform. Dewey is one of the primary figures associated with the philosophy of pragmatism and is considered one of the fathers of functional psychology. A Review of General Psychology survey, published in 2002, ranked Dewey as the 93rd most cited psychologist of the 20th century. A well-known public intellectual, he was also a major voice of progressive education and liberalism. Although Dewey is known best for his publications about education, he also wrote about many other topics, including epistemology, metaphysics, aesthetics, art, logic, social theory, and ethics. He was a major educational reformer for the 20th century.

The overriding theme of Dewey’s works was his profound belief in democracy, be it in politics, education or communication and journalism. As Dewey himself stated in 1888, while still at the University of Michigan, “Democracy and the one, ultimate, ethical ideal of humanity are to my mind synonymous.”

Known for his advocacy of democracy, Dewey considered two fundamental elements—schools and civil society—to be major topics needing attention and reconstruction to encourage experimental intelligence and plurality. Dewey asserted that complete democracy was to be obtained not just by extending voting rights but also by ensuring that there exists a fully formed public opinion, accomplished by communication among citizens, experts, and politicians, with the latter being accountable for the policies they adopt.