"Don't Forget To Vote" with U.S. Constitution in the background (presented at: WindermereSun.com) 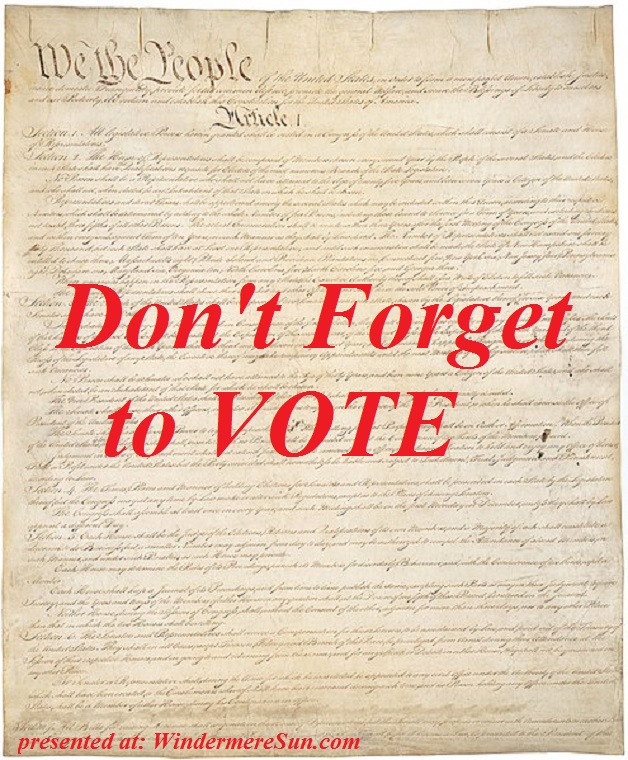 “Don’t Forget To VOTE” with U.S. Constitution in the background (presented at: WindermereSun.com) 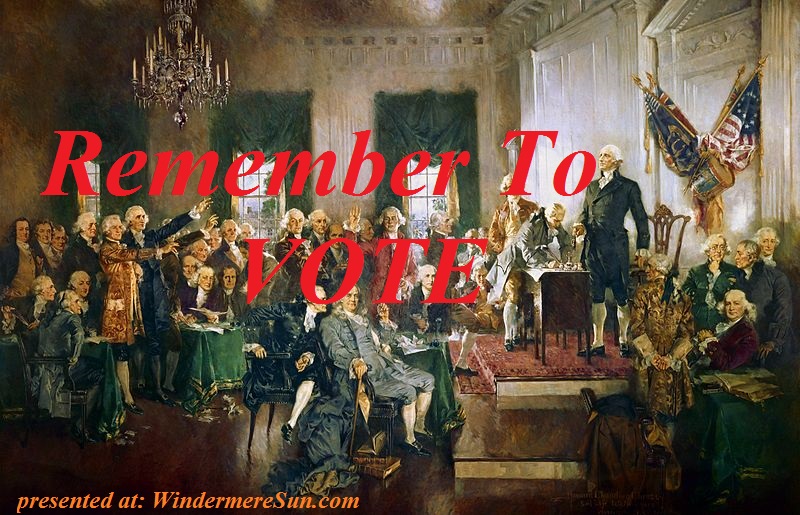 “Remember To VOTE” with the scene of the signing of the U.S. Constitution as the background (presented at: WindermereSun.com) 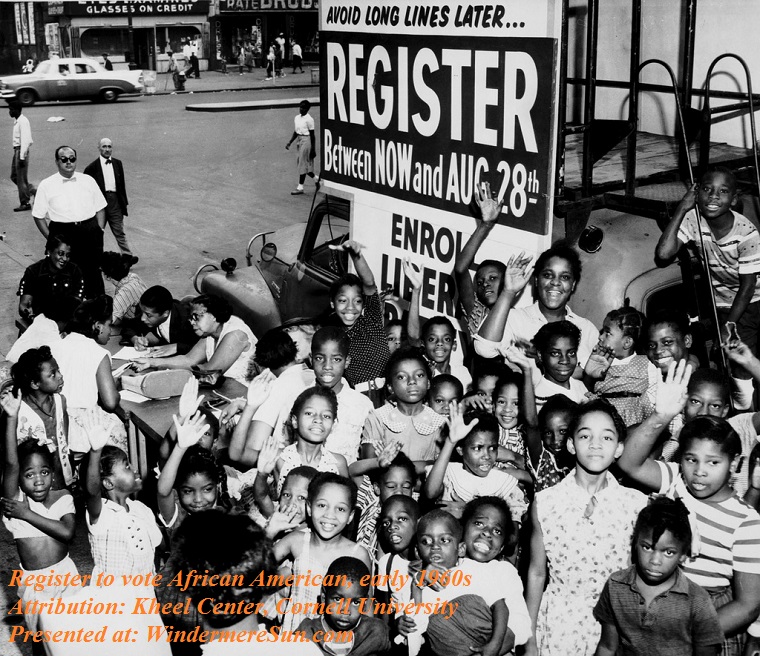 As our November election quickly approaches, there has been much discussions about voters’ registration procedures among our friends. Did you know that as of February of 2018, 16 states and the District of Columbia had implemented same-day registration provisions enabling voters to register and vote at the same time? In these states and district (California, Colorado, Connecticut, District of Columbia, Hawaii, Idaho, Illinois, Iowa, Maine, Maryland, Minnesota, Montana, New Hampshire, North Carolina, Vermont, Wisconsin, and Wyoming) that permit same-day registration, voters must provide proof of residency (e.g., utility bill, pay stub), and identity (e.g., driver’s license or passport) at the time of registration.

From January 1, 2016, Oregon implemented the Motor Voter Act, a fully automatic (opt-out) voter registration system tied into the process of issuing driver licenses and ID cards. By April 2016 three more states – California, West Virginia, and Vermont – had followed suit, and in May 2016 Connecticut implemented it administratively rather than by legislation, bringing the number of states with automatic voter registration to five. Alaskan voters approved Measure 1 during the November 8, 2016, general election, allowing residents the ability to register to vote when applying annually for the state’s Permanent Dividend Fund. Voter approval of Measure 1 made Alaska the first state to implement automatic (opt-in) voter registration via ballot initiative and the sixth state to implement automatic registration by any means including passing legislation. Several more states have considered legislation for automatic registration. On August 28, 2017, Governor Bruce Rauner signed Illinois SB1933, which sets implementation of automatic voter registration at motor vehicle agencies for July 1, 2018, and a year later at other state agencies.

Few years ago, Florida’s deadline to register to vote was extended by one day after Hurricane Matthew. Fusion’s Alicia Menendez makes the case for same-day voter registration, below.


On May 18, 2016, the Brennan Center for Justice at NYU Law held the first ever national conference on automatic voter registration. California Secretary of State Alex Padilla offered opening remarks, followed by a panel discussion on the benefits of this groundbreaking voting reform, below: Perhaps it is time for you to also discuss the possibility of AVR (automatic voters registration) with your friends and family. The greater the voters turnout, the stronger our democracy will be.

Florida may not be one of the states with automatic voters registration, but it is one of the 38 states that has online registration. be sure to check out registertovoteflorida.gov/en/Registration/Eligibility