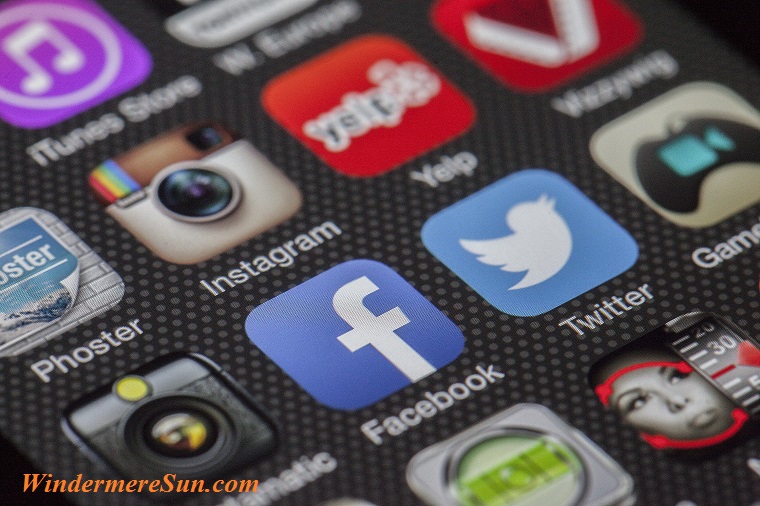 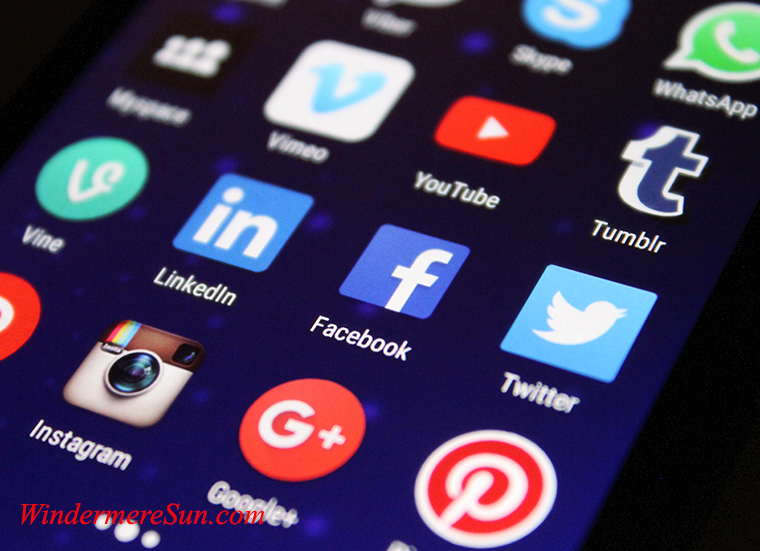 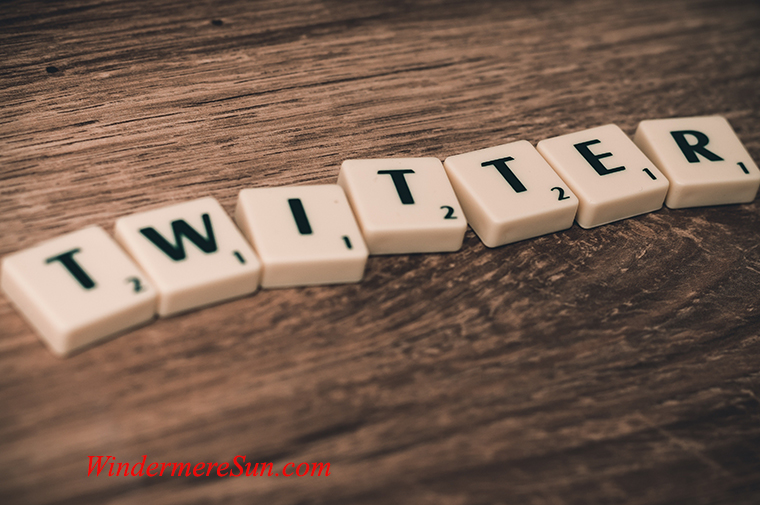 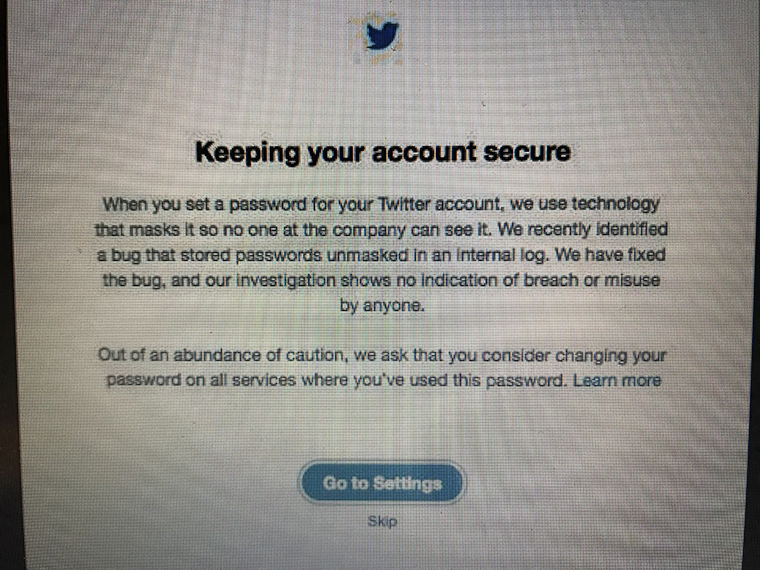 Twitter urges its 336 million users to change/update their passwords (presented at: WindermereSun.com)


The company Twitter has just announced today, Thursday, May 3, 2018, that it discovered a bug that saved user passwords unprotected on an internal log.  Even though the issue has since been fixed and there is no evidence of any password having been leaked or misused, Twitter is recommending its 336 million users to update or change their passwords.
The company tweeted, “As a precaution, consider changing your password on all services where you’ve used this password.”

Twitter uses a process called hashing to protect its users’ passwords, showing random characters in place of the actual passwords. But the detected bug stored the passwords in their original plain text form to an internal log. Twitter declined to mention when the bug was found, how long it had been storing passwords in this manner, and how many passwords were affected.

Twitter urges its 336 million users to change/update their passwords (presented at: WindermereSun.com)

Twitter urges its 336 million users to change/update their passwords via a pop-up window on the site that explains about the bug and links to their settings page.