Reactions To James B. Comey’s “A Higher Loyalty: Truth, Lies, and Leadership” 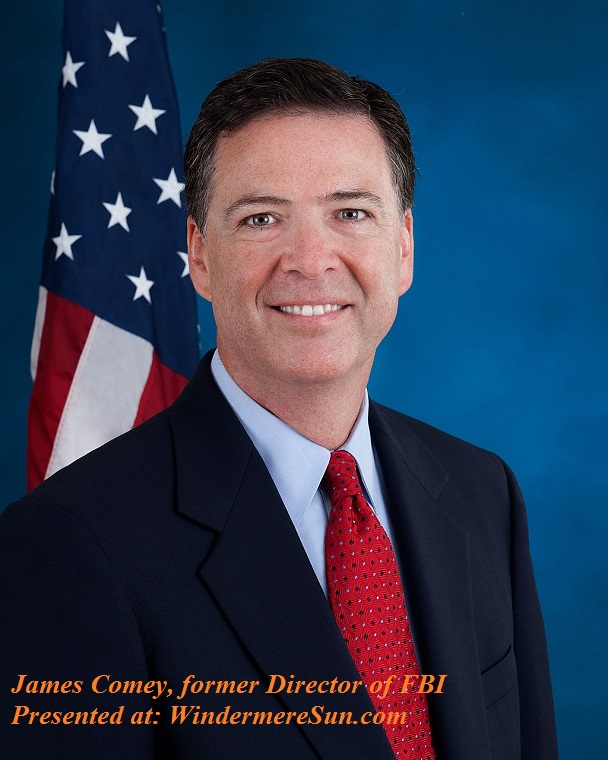 Below, is the interview of James Comey with USA Today. Comey feels that Trump is physically fit but morally unfit to be the President. Comey also compared Trump’s demand of loyalty to that of the demand of mob leader. He also stated that “There is a non-zero possibility that Russian has some sway over Trump rooted in his personal experience”. He also commented that Trump would not criticize Putin even in private and that Trump would actually compare himself to Putin as “We’re the same kind of killers.”

When asked what would be the effect if Trump would fire the special counsel Robert S. Mueller III and  Rosenstein, Comey responded that “The most important effect would be an attack on the rule of law that we have not seen in our life time…talk about core value of America: truth , rule of law, freedom of expression, freedom of religion, fairness, decency….that’s who we are. If the president can fire an independent prosecutor working within chain of command of the Justice Department just because he doesn’t like the result they may be headed toward. That is an attack on fundamental rule of law. That is the most important thing. All of us should care about that. It is above politics and above party affiliations.”

Have you heard about the book, A Higher Loyalty: Truth, Lies, and Leadership, by James B. Comey, by the former Federal Bureau of Investigation Director James Comey who testified about President Donald J. Trump before the United States Senate Select Committee on Intelligence on June 8, 2017?

The book will be published by Macmillan Publishers‘ Flatiron Books and officially released on Tuesday, April 17, 2018.  Take a look at commentary by those who had an early preview of this book, below:


James Clapper, Former Director of National Intelligence and CNN National Security Analyst, comments that the book is accurate, below: Ari Melber of MSNBC’s take, below: This book will surely become part of the national dialogue, discussed below:
Gathered, written, and posted by Windermere Sun-Susan Sun Nunamaker
More about the community at www.WindermereSun.com