The War in Syria Is a Complex Conflict

Syria and its neighbors (presented at: WindermereSun.com) 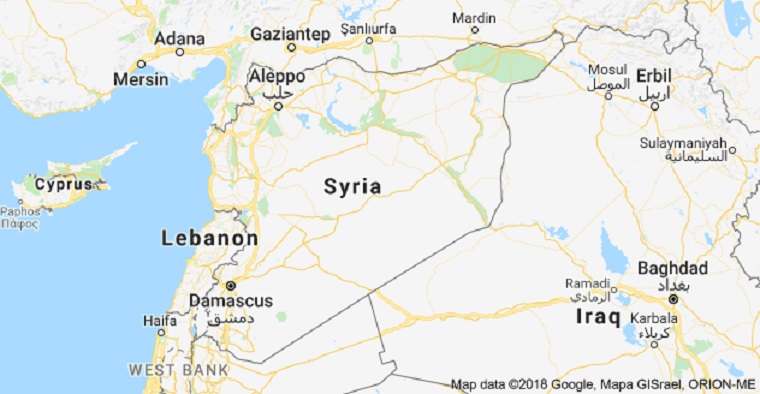 Syria and its neighbors (presented at: WindermereSun.com)

Syrian opposition activists and aid groups said last Sunday, April 8, 2018,  that dozens of people had died in a suspected chemical weapons attack on the city of Douma. President Donald Trump described the attacks as ‘mindless’. On John Robert Bolton‘s first day in office, he has to deal with the response to attack in Syria.

President Donald Trump announced on Friday, April 13, 2018,  that he ordered strikes on the Syrian regime in response to a chemical weapons attack last weekend in Syria, establishing the deterrent to the production, spread, and use of chemical weapons and its widespread devastation. The combined U.S.-French-British response to these atrocities will integrate military, economic, and diplomatic persuasive forces until the Syrian regime would stop the use of such chemical agents. He further stated that U.S. does not seek indefinite presence in Syria. Defense Secretary Jim Mattis and Gen. Joseph Dunford, Chairman of the Joint Chiefs of Staff, say airstrikes launched Friday evening were designed to inflict “maximum damage” to Syrian chemical weapons facilities, below: The day after President Trump’s announcement, U.S. precision air strike with  missile on Syria, lighting up the sky. Below, report from ABC News of the U.S. air attack on Syria and Secretary of Defense Jim Mattis’ concern with U.S. becoming involved in a wider warfare in the video below : This attack is double the force of last year’s attack on Assad, with broader number of targets focusing on chemical weapons. President Trump blamed Iran and Russia on their involvement in helping Syria. Let’s take a look at “Russia’s Reactions to U.S. strike on Syria“, below: “How did Russia Response to the airstrikes in Syria?” in the video below:

Markos Kounalakis, a foreign affairs columnist for McClatchy News and visiting fellow at the Hoover Institution, joins CBSN to discuss Russia’s response to the airstrikes, below:


The war in Syria is a complex conflict that had brought death and misery to both sides. For those of you who would like some historical background information on the war in Syria, allow me to share “The war in Syria explained in five minutes” of Guardian Animations and several other videos, below: “Understanding the Syrian crisis in 5 minutes“, in 2014, below: “Syria’s war: Who is fighting and why” in 2017 , below:
Gathered, written, and posted by Windermere Sun-Susan Sun Nunamaker
More about the community at www.WindermereSun.com