Speaker of the House Paul Ryan Will Be Retiring

Paul Ryan (Speaker of the House, presented at: WindermereSun.com) 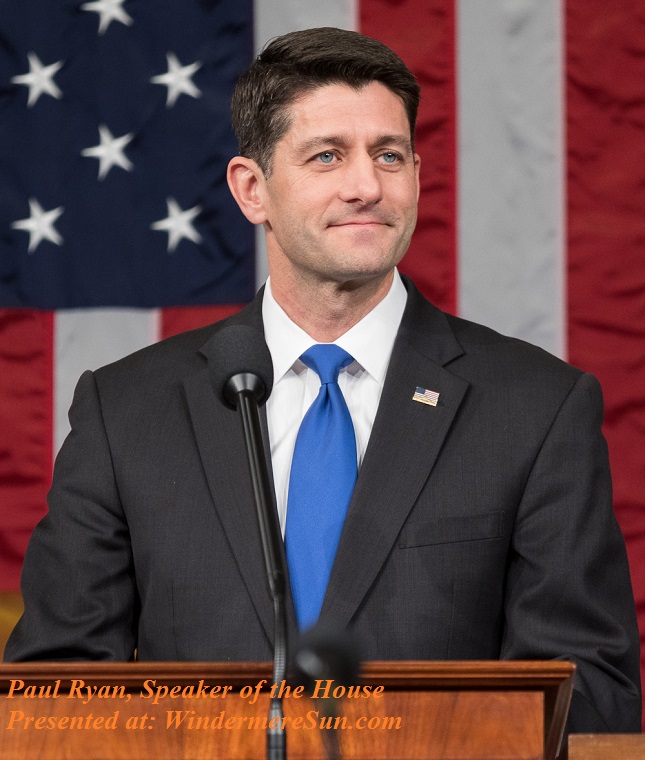 Paul Ryan, Speaker of the House (presented at: WindermereSun.com)

On Wednesday, the Speaker of the House Paul Ryan, the counter weight for President Donald Trump,  in terms of style, and position on trade, immigration, and entitlements, has announced that he won’t be seeking re-election in November and will be retiring in January.  He emphasized that the important reason for his wanting to retire is to no longer just be a weekend dad to his children and part-time husband to his wife. His announcement in the video below:

But there are also those who believe that this announcement is triggered by the anticipation of the coming Big Blue Wave and Paul Ryan is abandoning ship as ship hits an iceberg, below:  There is an incredible number of GOP House members retiring during Trump administration:  MSNBC’s Lawrence have quite a few strong remarks about Paul Ryan below: “Paul Ryan, I have no plans to run for anything“, below: “Full Johnson: After Paul Ryan Retirement, Who Defines The Republican
Gathered, written, and posted by Windermere Sun-Susan Sun Nunamaker
More about the community at www.WindermereSun.com