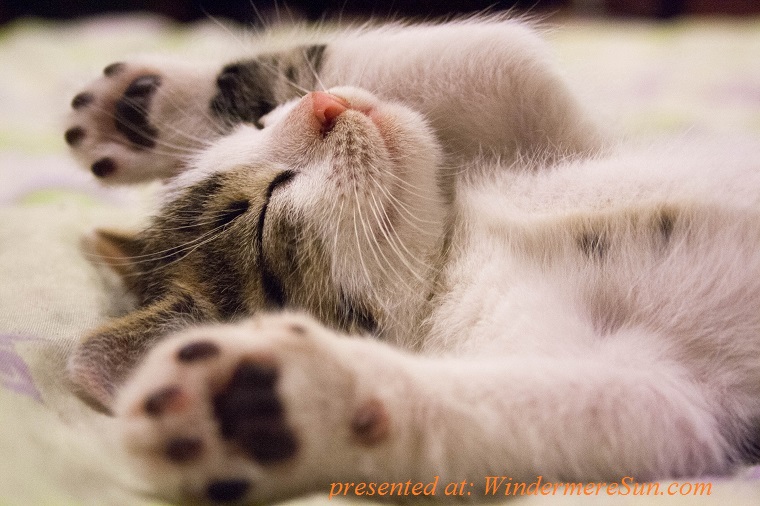 Waiting to be scratched (presented at: WindermereSun.com) 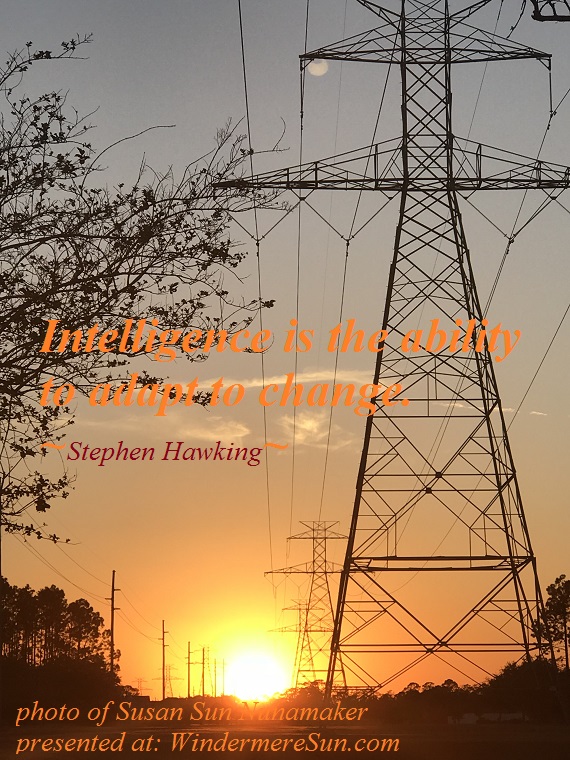 “Intelligence is the ability to adapt to change” (Quote of Stephen Hawking. Photo of Susan Sun Nunamaker. Presented at: WindermereSun.com)

Waiting to be scratched (presented at: WindermereSun.com)

How can any one resist but scratch her tummy…..what an inviting pose….waiting to be scratched……

“Intelligence is the ability to adapt to change” (Quote of Stephen Hawking. Photo of Susan Sun Nunamaker. Presented at: WindermereSun.com)

“Intelligence is the ability to adapt to change,” Stephen Hawking once commented.

To find out more about Stephen Hawking, take a look at the excerpt from Wikipedia, in italics, below:

Stephen William Hawking (8 January 1942 – 14 March 2018) was an English theoretical physicist, cosmologist, author, and Director of Research at the Centre for Theoretical Cosmology within the University of Cambridge. His scientific works included a collaboration with Roger Penrose on gravitational singularity theorems in the framework of general relativity and the theoretical prediction that black holes emit radiation, often called Hawking radiation. Hawking was the first to set out a theory of cosmology explained by a union of the general theory of relativity and quantum mechanics. He was a vigorous supporter of the many-worlds interpretation of quantum mechanics.

Hawking was a Fellow of the Royal Society (FRS), a lifetime member of the Pontifical Academy of Sciences, and a recipient of the Presidential Medal of Freedom, the highest civilian award in the United States. In 2002, Hawking was ranked number 25 in the BBC’s poll of the 100 Greatest Britons. He was the Lucasian Professor of Mathematics at the University of Cambridge between 1979 and 2009 and achieved commercial success with works of popular science in which he discusses his own theories and cosmology in general. His book A Brief History of Time appeared on the British Sunday Times best-seller list for a record-breaking 237 weeks.

Hawking had a rare early-onset slow-progressing form of motor neurone disease (also known as amyotrophic lateral sclerosis “ALS” or Lou Gehrig‘s disease) that gradually paralysed him over the decades. Even after the loss of his speech, he was still able to communicate through a speech-generating device, initially through use of a hand-held switch, and eventually by using a single cheek muscle. He died on 14 March 2018 at the age of 76.