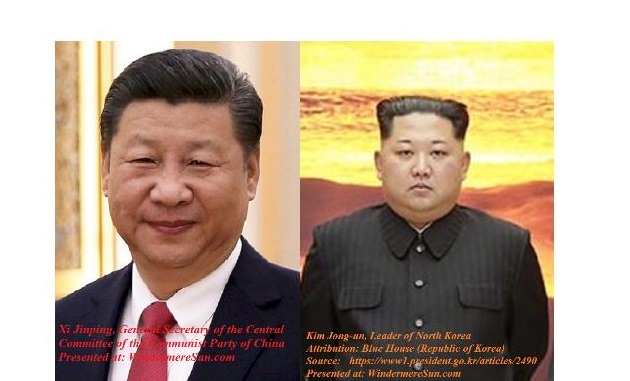 
The Chinese government has recently confirmed that the North Korean leader Kim Jong-un did meet with the Chinese President Xi Jinping in Beijing for two days. It was the first known trip of Kim Jong-Un to a foreign country since he took power in 2011. This trip may have had multiple purposes:

Xi Jinping and Kim Jong-un met inside the Great Hall of the People, followed by elaborate banquet where they both spoke. According to the Chinese state media, “The issue of denuclearization of the Korean peninsula can be resolved, if South Korea and the United States respond to our efforts with goodwill.” This is also the first public confirmation that there will be a summit meeting between President Donald Trump and North Korean leader Kim Jong-un on the subject of denuclearization. Xi Jinping praised Kim Jong-un for this positive change, and also told his guests that, “In a beautiful season of Spring, every thing comes to life.” Kim Jong-un responded, “I believe our meeting will yield abundant fruits.”

Former director for China, Taiwan, and Mongolia,  at the National Security Council and also a current fellow at the Brookings Institution in Washington, Ryan Hass, said the coverage signaled that Beijing is “in control of a complex security challenge, serving as the center of international efforts to defuse tensions on the Korean Peninsula.”