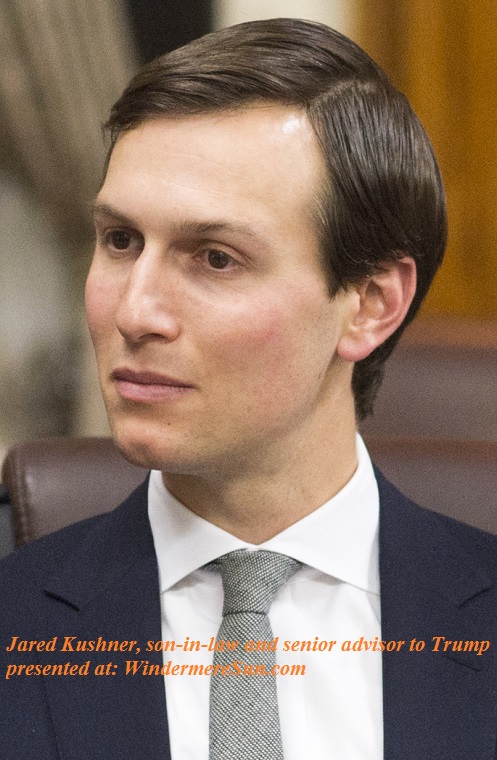 In early part of the March, Mueller investigation has been taking the direction of “follow the money” or “follow the debt“, building pressure on  investigating Jared Kushner, who has significant financial entanglements with a foreign adversary and could be using his White House connection to deal with massive business debts. Debts can drive some people to desperate measures. Former U.S. Attorney Joyce Vance explains why Mueller “has to be” following the debt, below, with Ari Melber:

According to Trump’s latest limited financial disclosure, President Trump owes lenders at least $315 million, with at least $130 million to Deutsche Bank Trust company Americas (which is facing its own investigation, being fined for $10 billion, with/for Russian oligarchs money laundering scheme.)

Jared Kushner, son-in-law of President Donald Trump, had to repay his family debt for owning the property of 666 Fifth Ave. in Manhattan. Kushner’s family had serious difficulty in refinancing the $1.4 billion debt due in 2019 for this Manhattan property. Kushner Family business received a loan from a company linked to Qatari government, and previously sought a $500 million investment from the former head of the Qatari Fund. Mr. Kushner used his position as leverage to try to possibly obtain potential financial gains, holding various meetings with foreign officials while failing to disclose more than 100 of these meetings. Ivanka Trump, daughter of President Trump, is now being investigated by F.B.I. for her $360 million Vancouver deal. Supposedly, Trump has told the Ivanka-Jared couple that they should keep serving in their roles, even as he has privately asked Mr. Kelly for his help in moving them out.

According to former U.S. Attorney Joyce Vance, it is a federal crime for an executive branch  employee such as Kushner to engage personally in decision making process that would potentially involve his personal interest. In the case when Kushner was seeking loans from foreign entities, he was not only behaving inappropriately. He was crossing the border into potential felony territory if his action was proven willful.

It is not too surprising, given that the Trump has neither the understanding nor respect for the Emolument Clause of the U.S. Constitution.