Girl With Her Bunny Rabbit/Be Nice To People On Your Way Up…. 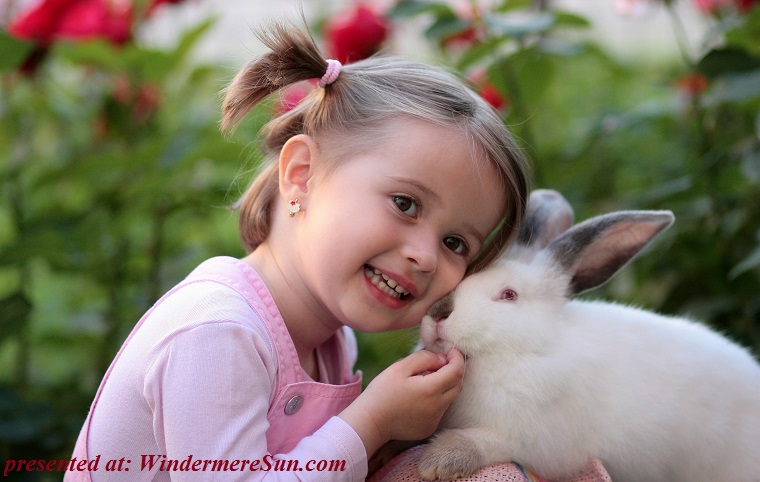 Girl with her rabbit (presented at: WindermereSun.com) 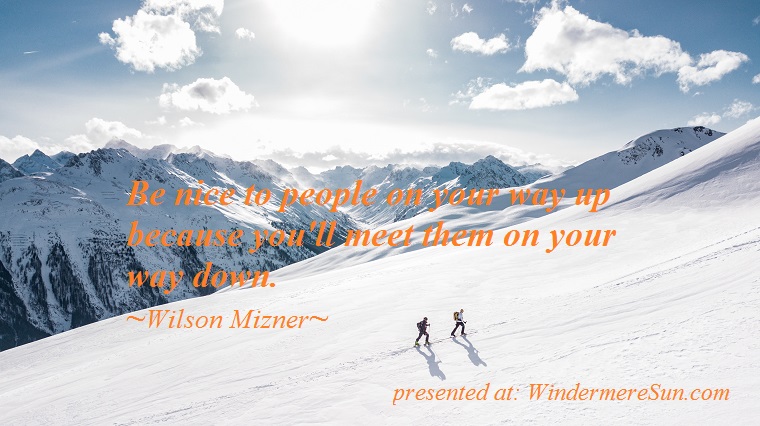 “Be nice to people on your way up because you’ll meet them on your way down.” (quote of Wilson Mizner, presented at: WindermereSun.com)

Girl with her rabbit (presented at: WindermereSun.com)

Isn’t that just the sweetest?! Girl in pink with her fluffy bunny rabbit.

“Be nice to people on your way up because you’ll meet them on your way down.” (quote of Wilson Mizner, presented at: WindermereSun.com)

Wilson Mizner once reminded us, “Be nice to people on your way up because you’ll meet them on your way down.“

To learn more about Wilson Mizner, check out this excerpt from wikipedia below:

Wilson Mizner (May 19, 1876 – April 3, 1933) was an American playwright, raconteur, and entrepreneur. His best-known plays are The Deep Purple, produced in 1910, and The Greyhound, produced in 1912. He was manager and co-owner of The Brown Derby restaurant in Los Angeles, California, and was part of the failed project of his older brother, Addison, to create a new resort in Boca Raton, Florida. Taking considerable liberties with their lives, he and Addison are the protagonists of Stephen Sondheim’s musical Road Show (alternately known as Wise Guys, Gold!, and Bounce).

Biographer Alva Johnston, who is not held in high regard by more recent scholars, wrote:

Wilson Mizner had a vast firsthand criminal erudition, which he commercialized as a dramatist on Broadway and a screenwriter in Hollywood. At various times during his life, he had been a miner, confidence man, ballad singer, medical lecturer, man of letters, general utility man in a segregated district, cardsharp, hotel man, songwriter, dealer in imitation masterpieces of art, prizefighters, prizefight manager, Florida promoter, and roulette-wheel fixer. He was an idol of low society and a pet of high. He knew women, as his brother Addison said, from the best homes and houses.

That Wilson was a ballad singer, medical lecturer, “general utility man in a segregated district,” songwriter, and a roulette-wheel fixer are all undocumented except in unreliable Wilson’s own words.

Around 1931, Warner Bros. head producer Darryl Zanuck hired Mizner to work as a top screenplay writer for the studio’s First National films. While at the studio, Mizner had hardly any respect for authority and found it difficult to work with studio boss Jack Warner. Mizner, however, would indeed become a valuable asset to the studio’s films. As time went by, Warner became more tolerant of Mizner and invested in the Brown Derby restaurant.