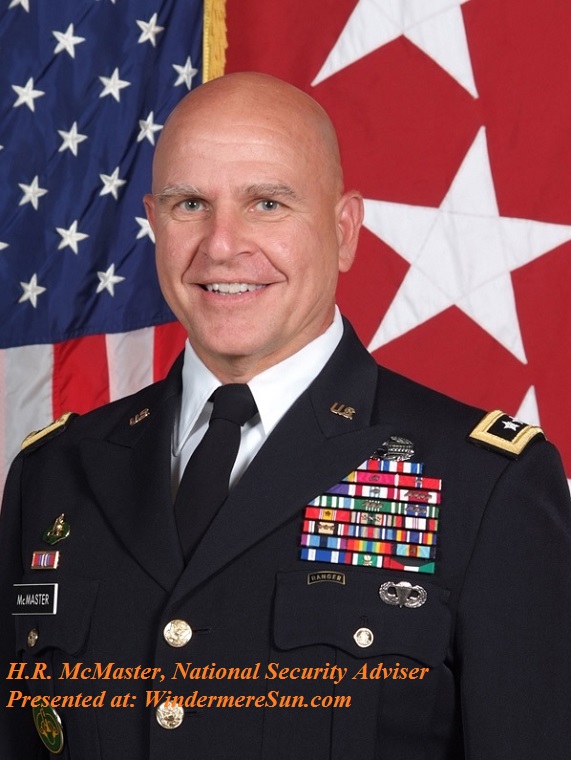 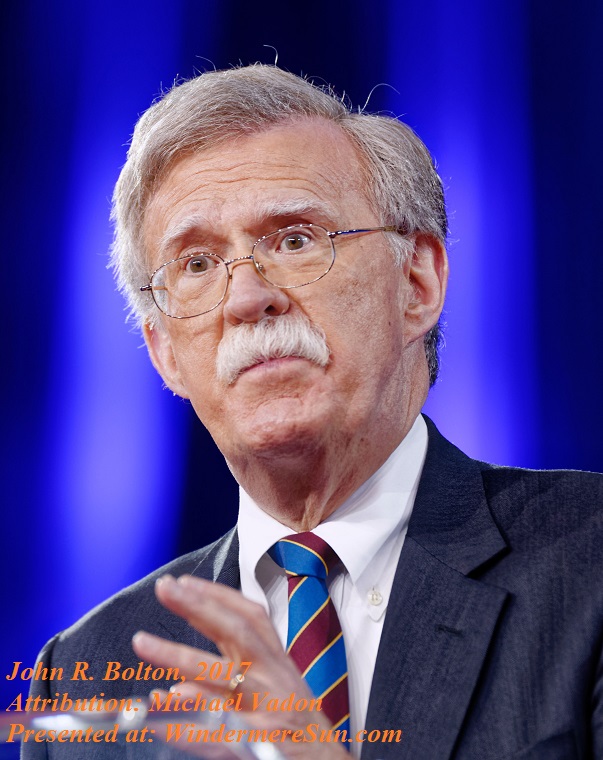 
Our previous report on National Security Adviser H.R. McMaster May Depart Within a Month is finalized today: the battle-tested Lt. General H.R. McMaster, selected to stabilize the turbulent foreign policy operation back in 2017, has resigned and will be replaced by John R. Bolton, a former U.S. Ambassador  and Fox analyst to the United Nations, announced by President Donald Trump in a tweet today, in italics, below:

“I pleased to announce that, effective 4/9/18, @AmbJohnBolton will be my new National Security Advisor. I am very thankful for the service of General H.R. McMaster who has done an outstanding job & will always remain my friend. There will be an official contact handover on 4/19.”

A White House official said, “The two have been discussing this for some time. The timeline was expedited as they both felt it was important to have the new team in place, instead of constant speculation….This was not related to any one moment or incident, rather it was the result of ongoing conversations between the two.”


McMaster stated in a statement released by the White House, “After 34 years of service to our nation, I am requesting retirement from the U.S. Army effective this summer after which I will leave public service.  Throughout my career it has been my greatest privilege to serve alongside extraordinary service members and dedicated civilians…. I am thankful to President Donald J. Trump for the opportunity to serve him and our nation as national security advisor. I am grateful for the friendship and support of the members of the National Security Council who worked together to provide the President with the best options to protect and advance our national interests.”

John R. Bolton said in an interview the he will be going through a transition period before taking over on April 9, 2018,. During this transition period, Bolton will also be working with McMaster.

The Washington foreign policy establishment had hoped McMaster would be able to keep President Trump from making rash decisions. But the two of them had little chemistry from the beginning and often clashed behind the scenes. McMaster’s preference for order and attention to nuance of complex national security issues did not fit with President’s relaxed style with little patience for details.  McMaster’s cautioning against ripping up the nuclear deal with Iran without strategy for the next step and his strategy for American forces in Afghanistan differed from that of  President Trump’s. The tension between them increased when General McMaster publicly stated, at a security conference in Munich, that the evidence of Russian interference in the 2016 U.S. presidential election was beyond dispute. McMaster’s statement soon drew rebuke from President Trump.


According to New York Times report, in italics, below:

General McMaster carried out a slow-rolling purge of hard-liners at the National Security Council who had been installed by Mr. Flynn and were allied ideologically with Stephen K. Bannon, Mr. Trump’s former chief strategist, earning the ire of conservatives who complained that his moves represented the foreign policy establishment reasserting itself over a president who had promised a different approach.

Last summer, Mr. Trump balked at a plan General McMaster presented to bolster the presence of United States forces in Afghanistan, although the president ultimately embraced a strategy that would require thousands more American troops.

General McMaster had been among the most hard-line administration officials in his approach to North Korea, publicly raising the specter of a “preventive war” against the North. He was among those who expressed concerns about Mr. Trump’s abrupt decision this month to meet Kim Jong-un, according to a senior official.

Excerpt from wikipedia on John Bolton, below, in italics:

John Bolton, a nationalist and conservative, he served as the United States Ambassador to the United Nations from August 2005 until December 2006 as a recess appointee by President George W. Bush. He resigned in December 2006, when the recess appointment would have otherwise ended, because he was unlikely to win confirmation from the Senate in which a newly elected Democratic Party majority would be taking control in January 2007.  Bolton is currently a senior fellow at the American Enterprise Institute (AEI), senior advisor for Freedom Capital Investment Management, a Fox News Channel commentator, and of counsel to the Washington, D.C. law firm Kirkland & Ellis. He was a foreign policy adviser to 2012 presidential candidate Mitt Romney. Bolton is also involved with a number of politically conservative think tanks, policy institutes and special interest groups, including the Institute of East-West Dynamics, the National Rifle Association, the U.S. Commission on International Religious Freedom, Project for the New American Century, Jewish Institute for National Security of America (JINSA), Committee for Peace and Security in the Gulf, the Council for National Policy, and the Gatestone Institute, where he serves as the organization Chairman.


Bolton has been called a “war hawk” and is an advocate for regime change in Iran and North Korea, tough on trade with China, and has repeatedly called for the termination of the Iran deal.

Since the position of National Security Advisor does not require Senate approval, Bolton will be able to take office without any obstacle.

After the news of the newly appointed National Security Advisor, John Bolton, was released today, a former National Security Council staffer during the Obama Administration responded to the news by this tweet, “Now I’m concerned.” From various sources, Bolton is known to have hardline views toward North Korea. Much remains to be seen as the summit between U.S. and  North Korean leader Kim Jong-un  approaches within less than two months.