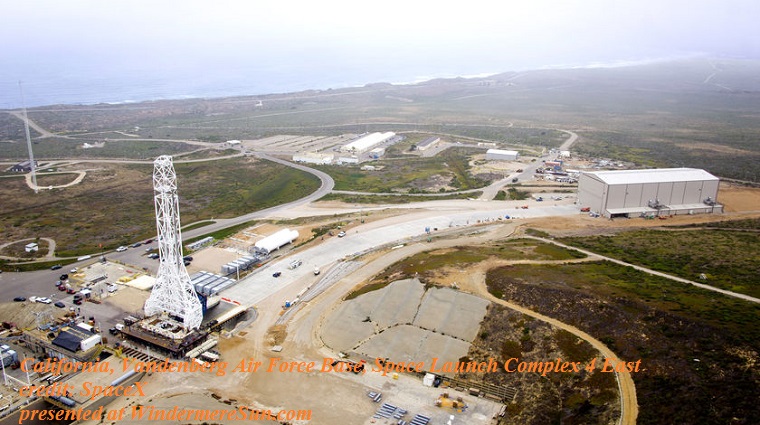 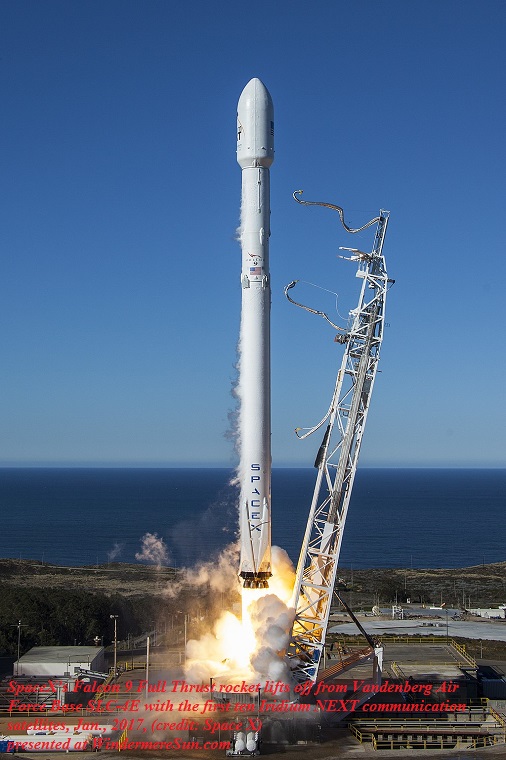 SpaceX launched two satellites to Low-Earth orbit by Falcon 9 rocket within PAZ Mission on February 22, 2018. This launch is for Elon Musk’s STARLINK project! This may not be the first time that  SpaceX launched Falcon 9 rocket, but it was the first time after historic Falcon Heavy test flight on February 6, 2018. Falcon 9 launched PAZ satellites from Vandenberg Air Force Base in USA. Liftoff of SpaceX Falcon 9 for PAZ mission was at 4:15 PM 2/22/2108. According to Elon Musk’s twitter post, successful launch of PAZ mission will complete star link constellation and make it available to work directly as expected. This event is incredibly important for SpaceX and its ambition is to commercialize space. This is the compact version of SpaceX falcon 9 launch of 2 PAZ satellites on February 22, 2018, below:

If you are an Ultimate Fan of SpaceX or Space, please feel free to view the video, PAZ Mission, below:

SpaceX was targeting a Falcon 9 launch of the PAZ satellite to low-Earth orbit on Thursday, February 22 from Space Launch Complex 4 East (SLC-4E) at Vandenberg Air Force Base, California. The instantaneous launch opportunity was at 6:17 a.m. PST, or 14:17 UTC. The satellite was deployed approximately eleven minutes after launch.

Falcon 9 is a two-stage rocket designed and manufactured by SpaceX for the reliable and safe transport of satellites and the Dragon spacecraft into orbit. Falcon 9 is the first orbital class rocket capable of reflight. SpaceX believes rocket reusability is the key breakthrough needed to reduce the cost of access to space and enable people to live on other planets.

Falcon 9 was designed from the ground up for maximum reliability. Falcon 9’s simple two-stage configuration minimizes the number of separation events — and with nine first-stage engines, it can safely complete its mission even in the event of an engine shutdown.

Falcon 9 made history in 2012 when it delivered Dragon (the cone head) into the correct orbit for rendezvous with the International Space Station, making SpaceX the first commercial company ever to visit the station. Since then Falcon 9 has made numerous trips to space, delivering satellites to orbit as well as delivering and returning cargo from the space station for NASA. Falcon 9, along with the Dragon spacecraft, was designed from the outset to deliver humans into space and under an agreement with NASA, SpaceX is actively working toward this goal.

For a view of “The Story of SpaceX’s Falcon 9 Rocket“, uploaded in 2016, below: For a view of “Space X Falcon 9 CRS-11 Launch and Landing”, below:
For a view of “First Rocket Launch of 2018 with SpaceX Falcon 9 and Zuma Payload“: SpaceX have successfully launched their Falcon 9 rocket on the 47th mission carrying the highly secretive ‘Zuma’ payload. Nothing is known about the payload built by Northrop Grumman for the US Government. Liftoff took place at 01:00 UTC, January 8th 2018 from Space Launch Complex 40 at Cape Canaveral in Florida. The first stage successfully landed at Landing Zone 1 shortly after launch in what is now becoming commonplace. For a view of “Launch of SpaceX Falcon 9 Flight Proven Rocket with GovSat-1“, below:

SpaceX successfully launched the 48th Falcon 9 rocket carrying the GovSat-1 communications satellite for LuxGovSat, a partnership between the government of Luxembourg and SES. Liftoff took place at 21:25 UTC, January 31st 2018 from Space Launch Complex 40 at Cape Canaveral in Florida on a flight-proven Falcon 9 booster. This booster numbered B1032.2 previously launched NROL-76 in May last year and will not be reused after this mission.

If you’re interested in purchasing Falcon 9, please go to HERE
Photographed, gathered, written, and posted by Windermere Sun-Susan Sun Nunamaker
More about the community at www.WindermereSun.com