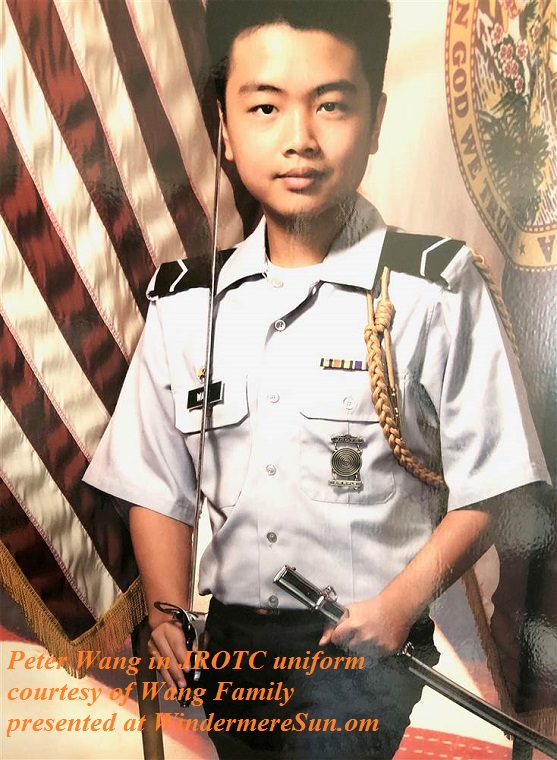 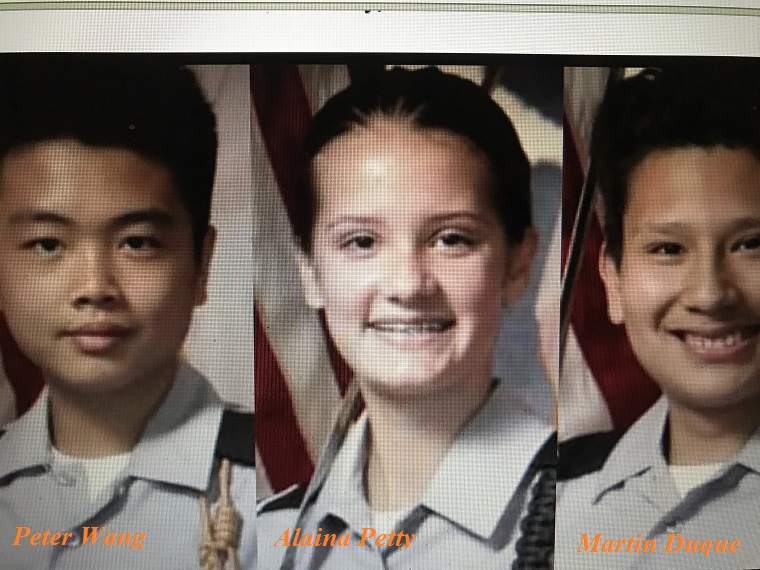 In time of crisis, there are those who would demonstrate their courage and valor. The fifteen year old Peter Wang was such a person, when the shooter at Marjory Stoneman Douglas High School showed up on campus on Feb. 14, 2018.  When the shooting began at the high school in Parkland, FL, this Brooklyn, NY born cadet yanked open a door to enable dozens of classmates, teachers, and staffs to escape. As he stood at his post in his ROTC uniform and held the door open to let others pass, Peter Wang was shot and killed. Peter Wang had always dreamed of attending the U.S. Military Academy at West Point, in becoming a soldier. Through a posthumous admission to USMA, he is now honored with an invitation to join their ranks. Wang would have been in the class of 2025, according to a West Point spokesperson.

The letter was hand-delivered to Wang’s parents by a uniformed Army officer at the funeral home in Coral Springs, Florida, where the funeral was held as grieving relatives wept beside the slain teenager’s open casket. “For as long as we remember him, he is a hero,” classmate Jared Burns told NBC Miami.  Peter Wang was buried in his ROTC uniform and was honored with an Army Medal of Heroism. His family was given a second medal as a keepsake. His coffin was draped with a U.S. flag and white doves were released at the end of the service.

“One of USMA’s priorities is to develop leaders of character who are committed to the values of Duty, Honor, and Country,” the academy said on Tuesday. “Peter Wang’s actions on Feb. 14, 2018, are an example of those principles and the academy honors his dream of being a West Point cadet with a 2025 letter of acceptance.”  Governor Rick Scott also directed the Florida National Guard to honor Peter Wang, as well two other ROTC students/cadets (Alaina Petty and Martin Duque), at their funerals this week.  Members of the guard, dressed in full uniform, were among those to pay their respects on Tuesday.