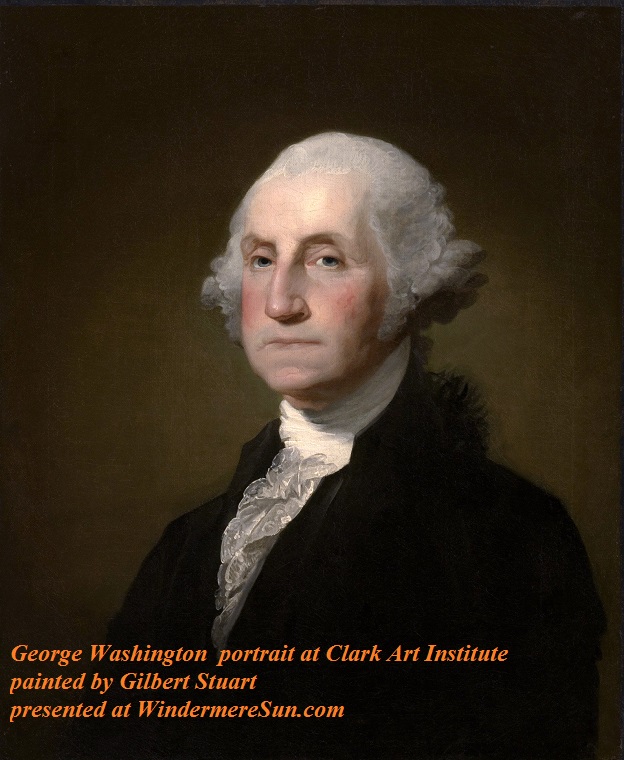 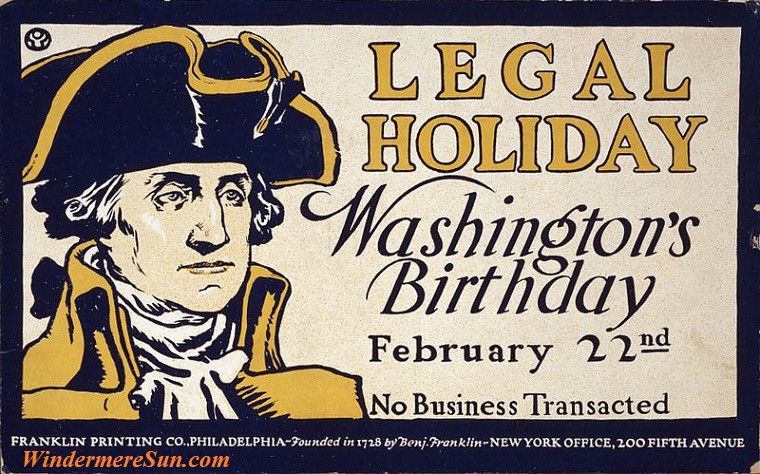 A poster letting people know that no business will be conducted on Washington’s Birthday then celebrated on Feb. 22 (presented at WindermereSun.com) 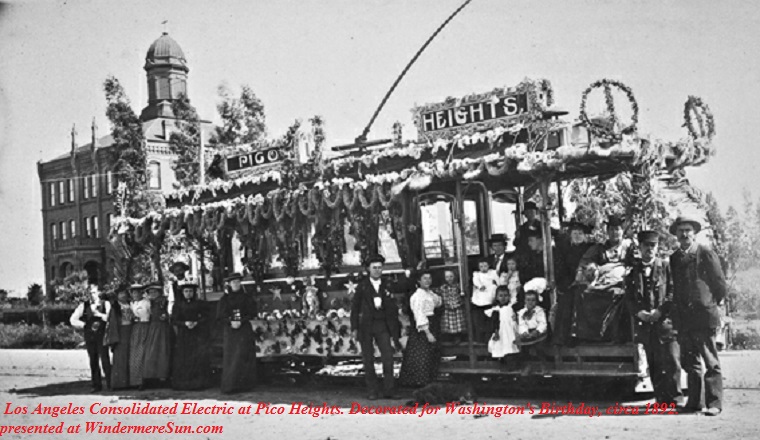 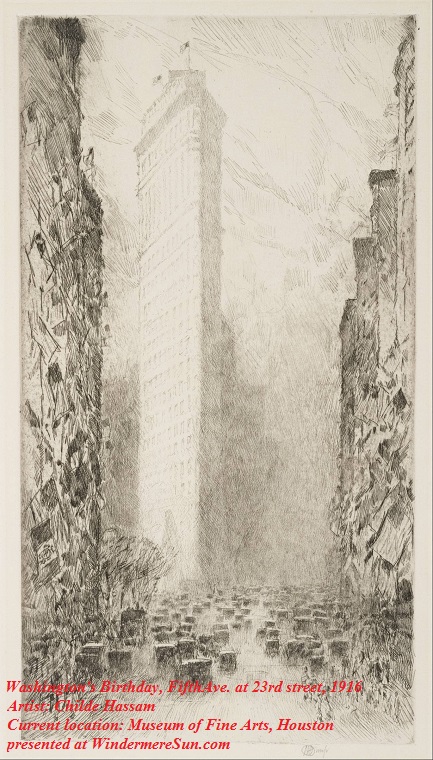 Washington’s Birthday is a United States federal holiday celebrated on the third Monday of February in honor of George Washington, the first President of the United States, who was born on February 22, 1732. It can occur between February 15 through February 21 inclusive. Colloquially, the day is also now widely known as Presidents’ Day and is often an occasion to honor the incumbent president and all persons who have served as president, not just George Washington. The day is a state holiday in most states, with official names including Washington’s Birthday, Presidents’ Day, President’s Day, and Washington’s and Lincoln’s Birthday. Depending upon the specific law, the state holiday might officially celebrate Washington alone, Washington and Abraham Lincoln (whose birthday is February 12), or some other combination of U.S. presidents (such as Washington and the third president Thomas Jefferson, who was born in April).

Let’s take a look at some of our POTUS, below, by The Heartland Institute:


George Washington was born on February 11, 1731 (Old Style) at his parents’ Pope’s Creek Estate near Colonial Beach in Westmoreland County, Virginia. At the time, the entire British Empire, including its North American possessions, was on the Julian calendar; the Empire, not being bound to the Catholic Church, had not yet adopted the modern Gregorian calendar that Catholic countries had adopted in 1582. Consequently, by the 1730s, the Julian calendar used by Britain and the Colonies was eleven days behind the Gregorian, due to leap year differences. Furthermore, the British civil year began on March 25 rather than January 1, so that dates in February (such as this one) ‘belonged’ to the preceding year. (See Dual dating). In 1752, The British Empire switched to the Gregorian calendar; since then, Americans born prior to 1752, including Washington, have typically had their birthdays recognized under what their birthday would have been under the Gregorian calendar (“New Style” dates). Since, during the 1700s, February 11 under the Julian calendar would fall as February 22 on the Gregorian, Washington’s birthday has been generally recognized as February 22, 1732.
The federal holiday honoring Washington was originally implemented by an Act of Congress in 1879 for government offices in Washington (20 Stat. 277) and expanded in 1885 to include all federal offices (23 Stat. 516). As the first federal holiday to honor an American president, the holiday was celebrated on Washington’s birthday under the Gregorian calendar, February 22. On January 1, 1971, the federal holiday was shifted to the third Monday in February by the Uniform Monday Holiday Act. This places it between February 15 and 21, which makes “Washington’s Birthday” something of a misnomer, since it never occurs on Washington’s actual birthday, February 22. (A rough analog of this phenomenon can be seen in Commonwealth realms, where the reigning monarch’s official birthday is celebrated without regard to their actual date of birth.)

The first attempt to create a Presidents Day occurred in 1951 when the “President’s Day National Committee” was formed by Harold Stonebridge Fischer of Compton, California, who became its National Executive Director for the next two decades. The purpose was not to honor any particular president but to honor the office of the presidency. It was first thought that March 4, the original inauguration day, should be deemed Presidents Day, but the bill recognizing March 4 stalled in the Senate Judiciary Committee (which had authority over federal holidays). The committee felt that, given its proximity to Lincoln’s and Washington’s Birthdays, three holidays so close together would be unduly burdensome. But meanwhile the governors of a majority of the states issued proclamations declaring March 4 Presidents’ Day in their respective jurisdictions.

An early draft of the Uniform Monday Holiday Act would have renamed the holiday “Presidents’ Day” to honor the birthdays of both Washington and Lincoln, which would explain why the chosen date falls between the two, but this proposal failed in committee, and the bill was voted on and signed into law on June 28, 1968, keeping the name “Washington’s Birthday”.

By the mid-1980s, with a push from advertisers, the term “Presidents’ Day” began its public appearance.

In Washington’s adopted hometown of Alexandria, Virginia, celebrations are held throughout February.

A food traditionally associated with the holiday is cherry pie, based on the legendary chopping down of a cherry tree in Washington‘s youth.

Until the late 1980s, corporate businesses generally closed on this day, similar to present corporate practices on Memorial Day or Christmas Day. However, after having been moved to the third Monday, most businesses remain open with many offering sales other promotions. Federal and state government services close (U.S. Postal Service, state Departments of Motor Vehicles, federal and state courts). Class schedules at universities and colleges vary depending on the school. Public elementary and secondary schools are generally closed, but some school districts, such as New York City, may close for an entire week as a “mid-winter recess”.


The holiday is also a tribute to the general who created the first military badge of merit for the common soldier. Revived on Washington’s 200th birthday in 1932, the Purple Heart medal (which bears Washington’s image) is awarded to soldiers who are injured in battle.

Community celebrations often display a lengthy heritage. Washington’s hometown of Alexandria, Virginia, hosts a month-long tribute, including what is claimed to be the nation’s longest-running and largest George Washington Birthday parade, while Eustis, Florida, continues its annual “GeorgeFest” celebration begun in 1902. In Denver, Colorado, there is a society dedicated to observing the day. At the George Washington Birthplace National Monument in Westmoreland County, Virginia, visitors are treated to birthday celebrations on the holiday, while at Mount Vernon, they last throughout the holiday weekend and through February 22.

Since 1862 there has been a tradition in the United States Senate that George Washington’s Farewell Address be read on his birthday. Citizens asked that this be done in light of the ongoing Civil War.