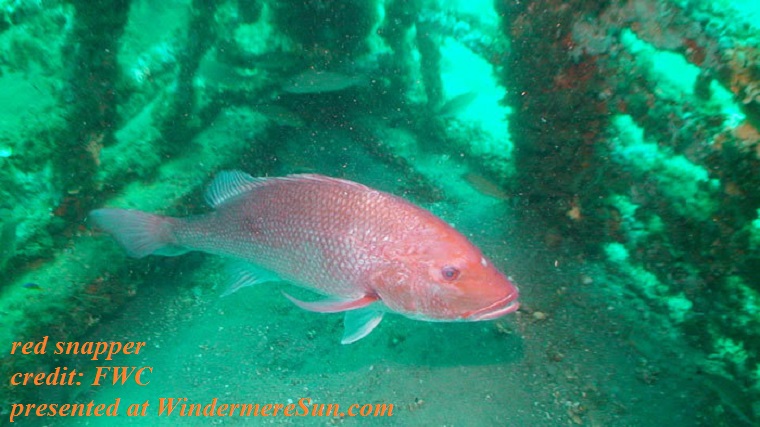 
At the Feb. 8 meeting near Tallahassee, the Florida Fish and Wildlife Conservation Commission (FWC) approved a draft proposal that would establish data collection improvements for the for-hire industry in Gulf state waters. The proposal would require for-hire operations that target or harvest certain reef fish in Gulf of Mexico state waters (excluding Monroe County) to report their intention to harvest these species.

This draft proposal will come back before the Commission at the April meeting for a final decision.

The FWC also discussed the future of Gulf red snapper management in state and federal waters, including a proposed fishery-management pilot program (also referred to as an Exempted Fishing Permit) that would allow the FWC to manage all recreational red snapper harvest caught in Gulf state and federal waters off Florida in 2018 and 2019. The pilot program is pending approval by NOAA Fisheries and would set the harvest season for recreational anglers fishing from private vessels in state and federal waters of the Gulf, and would also include for-hire operations that do not have a federal reef fish permit and are limited to targeting reef fish in Gulf state waters only.

The FWC discussed a potential 24-day season in Gulf state and federal waters as a jumping off point for a 2018 season proposal. This season length has potential to change.

“This is a challenging issue, but also an unprecedented opportunity,” said Chairman Bo Rivard. “At the end of the day, all people want to know is how many days they will get to go fishing. We aren’t clear on the answers right now, but I hope that more robust data will allow us to negotiate for more days in the season.”

This Exempted Fishing Permit opportunity and 2018 recreational season dates should be finalized sometime in April and discussed at the April Commission meeting.

To share your comments or input on Gulf red snapper, visit MyFWC.com/SaltwaterComments.

Learn more about snapper at MyFWC.com/Fishing by clicking on “Saltwater Fishing,” “Recreational Regulations” and “Snappers.”