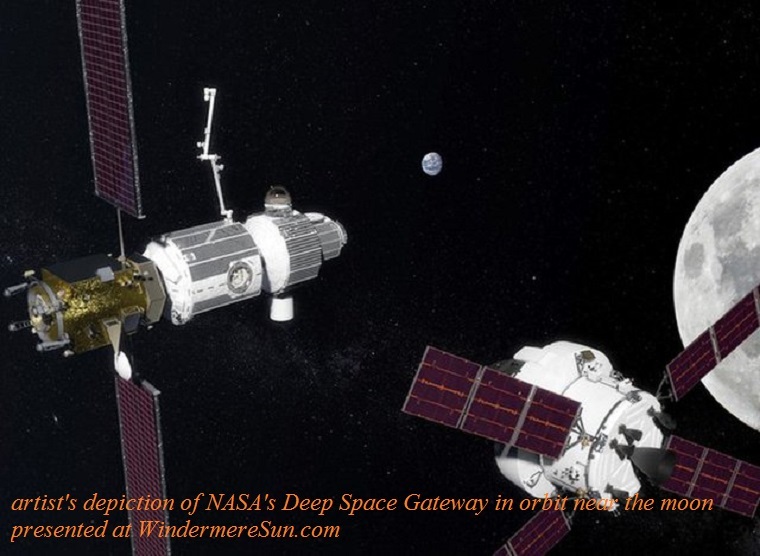 an artist’s depiction of NASA’s Deep Space Gateway in orbit near the moon (credit: NASA, presented at WindermereSun.com) 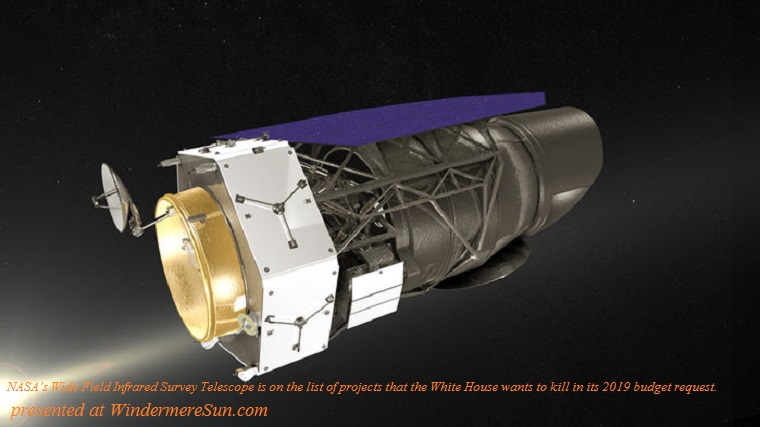 NASA’s WFIRST (Wide Field Infrared Survey Telescope) is on the list of projects that the White House is cancelling in its 2019 budget request. (presented at WindermereSun.com) 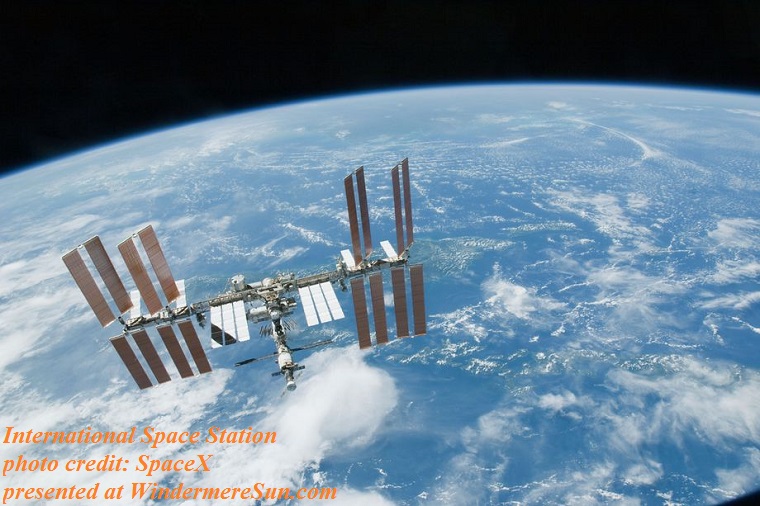 The NASA budget request was released today, Feb. 12, 2018, formalizing the agency’s handover of human-spaceflight activities in low-earth orbit to private industry, in favor of a shift toward the moon. The budget request allocates about $19.9 billion to NASA, an increase of $370 million over last year’s request. The proposal zeroes out funding for the International Space Station (ISS) in 2025 and allocates $150 million “to encourage development of new commercial low-earth orbital platforms and capabilities for use by the private sector and NASA,” according to the NASA’s budget overview.If some one else picks up the tab, the ISS could potentially survive beyond 2025. The budget request does not mention de-orbiting the $100 billion  station when the government money runs out. Please refer to THIS.


Since President Trump officially made it a focus for astronauts to return to the moon during his signing of “Space Policy Directive 1” in December of 2017, the newly unveiled request provides some details about NASA’s plans to return astronauts to the moon.

If the budget request is approved, NASA will launch a “power and propulsion space tug,” a component of NASA’s planned outpost in near-moon space, in 2022, and astronauts will launch on a mission around the moon, using NASA’s Orion capsule and Space Launch System megarocket, in 2023. The budget continues support for high-profile planetary missions, such as the life-hunting 2020 Mars rover and Europa Clipper, which will investigate the habitability of Jupiter’s ocean-harboring moon Europa.

The proposed budget would cut NASA’s planned (WFIRST)  Wide Field Infrared Survey Telescope   which was recommended in 2010 by United States National Research Council Decadal Survey committee as the top priority for the next decade of astronomy and was targeted for launch in the mid-2020s to study mysterious dark energy, alien planets and a range of other cosmic phenomena. WFIRST’s cancellation is “due to its significant cost and other higher priorities within NASA,” according to the budget overview. There are also other cancellations such as: five Earth-science missions proposed for termination last year; there is no funding for the Plankton, Aerosol, Cloud, ocean Ecosystem (PACE) satellite, the Orbiting Carbon Observatory-3 (OCO-3) experiment, the Climate Absolute Radiance and Refractivity Observatory (CLARREO) Pathfinder, the Radiation Budget Instrument (RBI), or Earth-viewing instruments aboard the Deep Space Climate Observatory (DSCOVR), a National Oceanic and Atmospheric Administration/NASA spacecraft that launched in 2015. NASA’s Office of Education is also without funding.

The goal is for other countries and private space companies to pick up the slack and “operate certain elements or capabilities” of the ISS, so that NASA still has a platform to conduct science experiments, according to the document. “NASA will expand international and commercial partnerships over the next seven years in order to ensure continued human access to and presence in low Earth orbit,” the memo states. The Trump administration wants to allocate an additional $150 million for NASA to start a new program that will help commercial companies to expand their activities in lower earth orbit — where the space station resides. However, the specifics of that program and how the money will be used have yet to be defined.

The budget request is only a proposal. It may have other changes before meeting the approval by Congress. “The proposal would also end support for the International Space Station in 2025 and make deep cuts to popular education and science programs, ” Florida Senator and ranking member of the Senate committee overseeing NASA Bill Nelson stated, “If we’re ever going to get to Mars with humans on board and return them safely, then we need a larger funding increase for NASA….turning off the lights and walking away from our sole outpost in space at a time when we’re pushing the frontiers of exploration makes no sense. Sen. Ted Cruz (R-TX), chairman of the Senate’s space subcommittee, said  last week that he hoped that reports of ending funding for the ISS by 2025  “prove as unfounded as Bigfoot,” according to Space News.