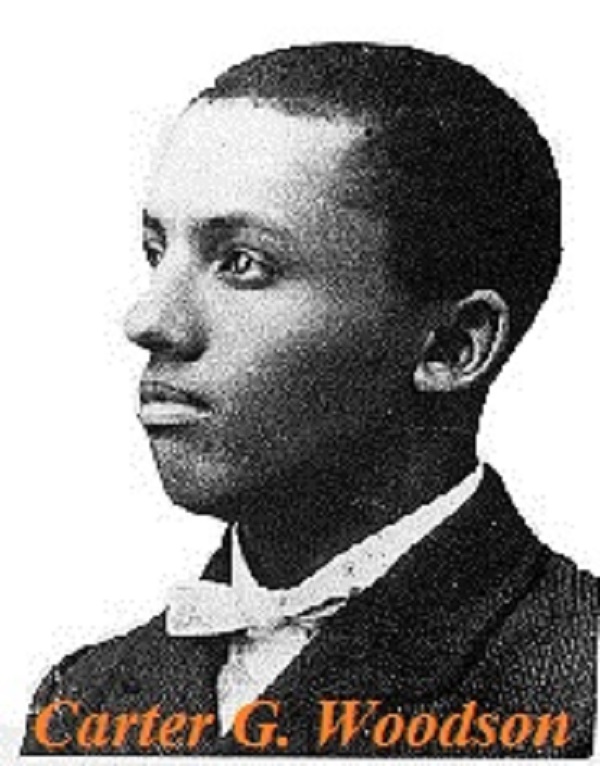 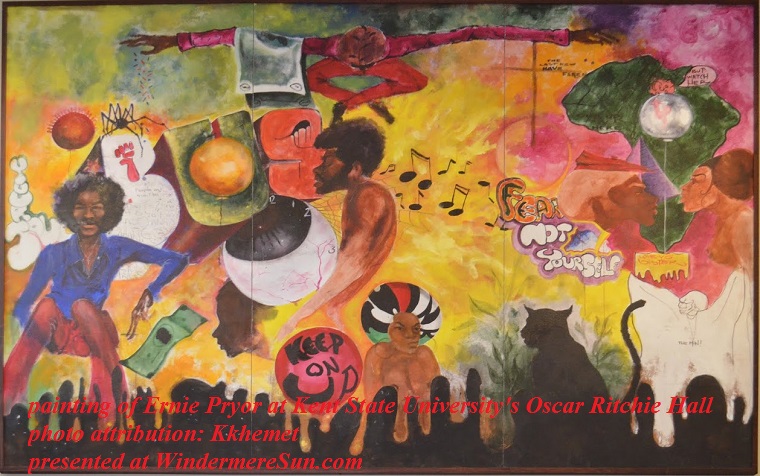 One of a series of murals covering the walls of the Center of Pan African Culture at Kent State University Oscar Ritchie Hall (painting by Ernie Pryor, photo attribution: Kkhemet, presented at WindermereSun.com)


Just a quick reminder that February is the African-American History Month.  To understand the history behind Black History Month, let’s take a look at the excerpt from wikipedia, in italics, below:

The precursor to Black History Month was created in 1926 in the United States, when historian Carter G. Woodson and the Association for the Study of Negro Life and History announced the second week of February to be “Negro History Week”. This week was chosen because it coincided with the birthday of Abraham Lincoln on February 12 and of Frederick Douglass on February 14, both of which dates black communities had celebrated together since the late 19th century.

From the event’s initial phase, primary emphasis was placed on encouraging the coordinated teaching of the history of American blacks in the nation’s public schools. The first Negro History Week was met with a lukewarm response, gaining the cooperation of the Departments of Education of the states of North Carolina, Delaware, and West Virginia as well as the city school administrations of Baltimore and Washington, D.C.. Despite this far from universal acceptance, the event was regarded by Woodson as “one of the most fortunate steps ever taken by the Association”, and plans for a repeat of the event on an annual basis continued apace.

At the time of Negro History Week’s launch, Woodson contended that the teaching of black history was essential to ensure the physical and intellectual survival of the race within broader society:

“If a race has no history, it has no worthwhile tradition, it becomes a negligible factor in the thought of the world, and it stands in danger of being exterminated. The American Indian left no continuous record. He did not appreciate the value of tradition; and where is he today? The Hebrew keenly appreciated the value of tradition, as is attested by the Bible itself. In spite of worldwide persecution, therefore, he is a great factor in our civilization.”

By 1929 The Journal of Negro History was able to note that with only two exceptions, officials with the State Departments of Educations of “every state with considerable Negro population” had made the event known to that state’s teachers and distributed official literature associated with the event”. Churches also played a significant role in the distribution of literature in association with Negro History Week during this initial interval, with the mainstream and black press aiding in the publicity effort.

Negro History Week was met with enthusiastic response; it prompted the creation of black history clubs, an increase in interest among teachers, and interest from progressive whites. Negro History Week grew in popularity throughout the following decades, with mayors across the United States endorsing it as a holiday.

On February 21, 2016, 106-year Washington D.C. resident and school volunteer Virginia McLaurin visited the White House as part of Black History Month. When asked by the president why she was there, McLaurin said, “A black president. A black wife. And I’m here to celebrate black history. That’s what I’m here for.”

Six years later Black History Month was being celebrated all across the country in educational institutions, centers of Black culture and community centers, both great and small, when President Gerald Ford recognized Black History Month, during the celebration of the United States Bicentennial. He urged Americans to “seize the opportunity to honor the too-often neglected accomplishments of black Americans in every area of endeavor throughout our history”.

In 1995, after a motion by politician Jean Augustine, representing the riding of Etobicoke—Lakeshore in Ontario, Canada’s House of Commons officially recognized February as Black History Month and honored Black Canadians. In 2008, Senator Donald Oliver moved to have the Senate officially recognize Black History Month, which was unanimously approved.

Black History Month often sparks an annual debate about the continued usefulness and fairness of a designated month dedicated to the history of one race.


Criticisms include questions over whether it is appropriate to confine the celebration of Black history to one month, as opposed to integration of Black history into the mainstream education the rest of the year. Another criticism is that contrary to the original inspiration for Black History Month, which was a desire to redress the manner in which American schools failed to represent Black historical figures as anything other than slaves or colonial subjects, Black History Month reduces complex historical figures to overly simplified objects of hero worship. Another criticism is that the celebration is racist.

Black celebrities such as actor and director Morgan Freeman and actress Stacey Dash have criticized Black History Month, with Freeman saying, “I don’t want a Black history month. Black history is American history.” Freeman has argued that there was no White History Month, because white people did not want their history relegated to just one month.

Regardless which side of argument one takes, one thing is for certain: the African Americans have come a long way in the American history!