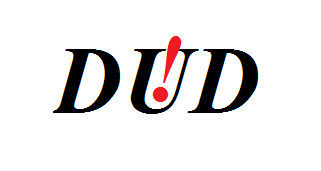 After the release of much hyped and disputed Nunes Memo about alleged bias of the FBI and Department of Justice, today, former FBI Director James Comey tweeted, “That’s it?” Comey believed that the memo had failed to prove malfeasance while doing significant damage to the intelligence community.

Nunes Memo by Rep. Devin Nunes, was released today (Friday) with the blessing from President Trump in defiance of FBI and DOJ, contends that FBI improperly obtained and then renewed surveillance warrants on former Trump campaign adviser Carter Page because it is based on  Steele Dossier compiled by Christopher Steele, a former British intelligence officer who had worked for both Republicans and Democrats in the past. What the memo failed to mention is the fact that Carter Page had been under surveillance since 2013. Keep in mind that Carter Page is a suspected Russian agent for many years, and Steele Dossier is not the core of the evidence submitted to the FISA Court for surveillance of Carter Page. It is also interesting to note that the Republicans have voted down to release the Democratic response. In the interest of full transparency, it would seem that Democrats’ response should have also been released. Let’s hear from the CBS report below:


This is definitely a political document/release: Republicans are saying that it is for transparency and oversight while Democrats stated that this memo mischaracterizes the highly classified information, with omission of facts important for its accuracy, and is part of the ongoing effort to undermine the Russia investigation. But even some Republicans, such as Senator John McCain (R-AZ), feels that  “The latest attacks on the FBI and Department of Justice serve no American interests, no party’s, no president’s, only Putin’s….elected officials, including the president, must stop looking at this investigation through the warped lens of politics and manufacturing partisan sideshows.”


This is not the first time that the FBI and the White House had not gotten along. FBI will continue to uphold the U.S. Constitution. However, Nunes’  and President Trump’s credibility are being questioned, for they are prioritizing their own short term political interest over the need to protect classified information or respecting hard working men and women at FBI.

On Capitol Hill, Democrats are pressuring Speaker Paul Ryan to remove Devin Nunes as the Chair of the House Intelligence Committee, reported below:

Now, the question is “What will happen next?” If the next step is to fire the Deputy Attorney General Rod Jay Rosenstein of United States Department of Justice, then I’d like to invite you all to view our previous post “Is Releasing Nunes Memo The Prelude to Another Massacre?”

At some point, people should realize that it should be country before political career. One wonders if Devin Nunes believes in this. One wonders if many of the GOP leaders believe in this.