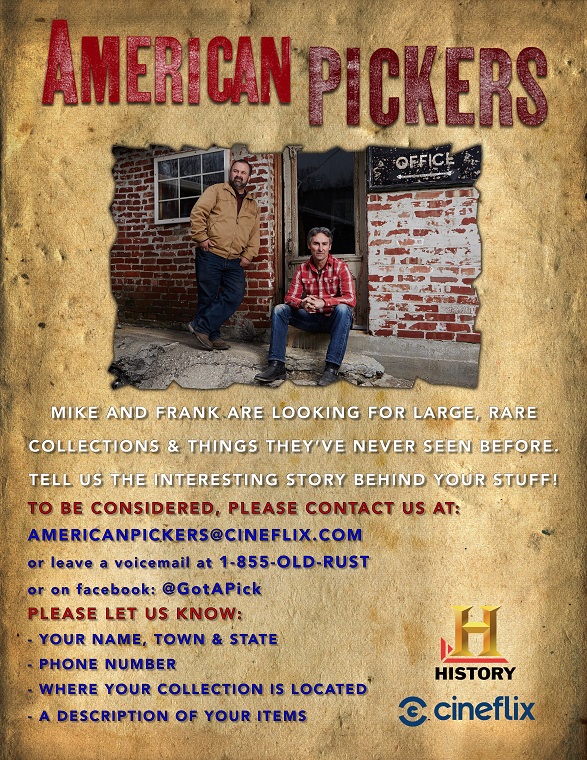 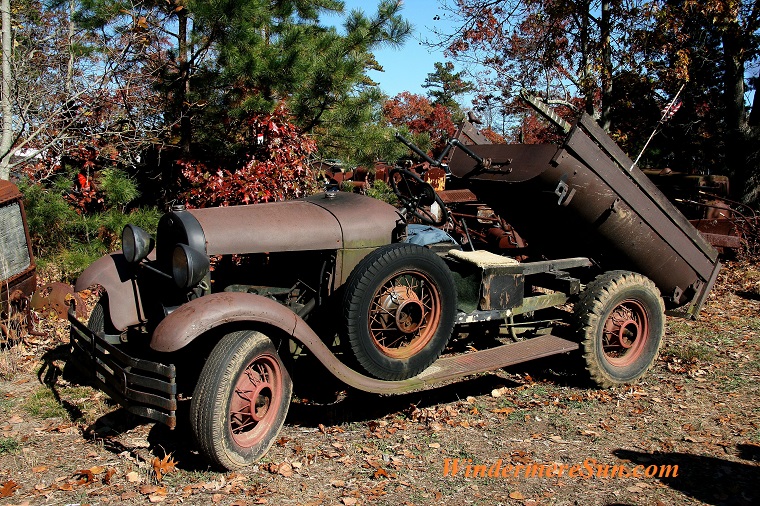 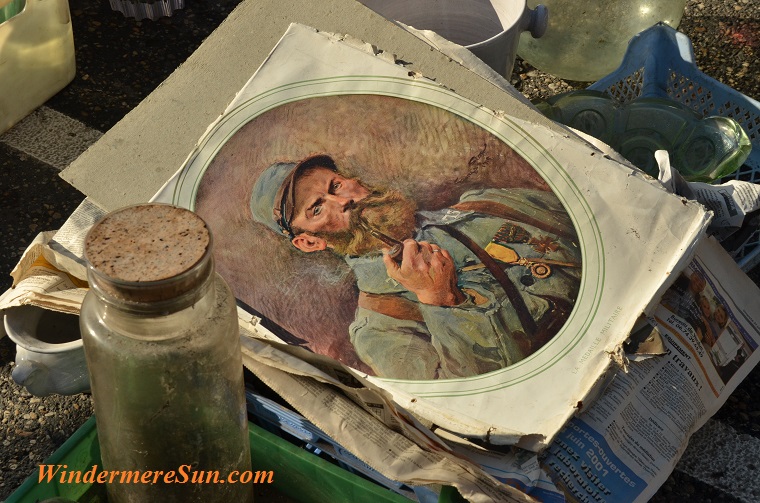 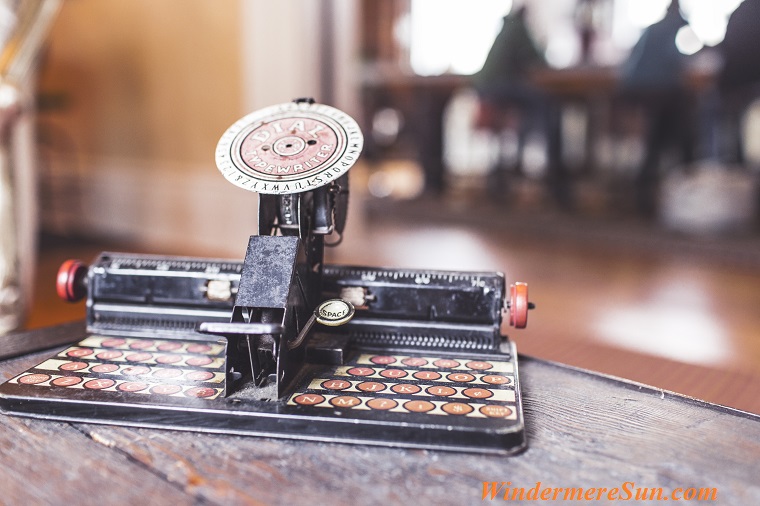 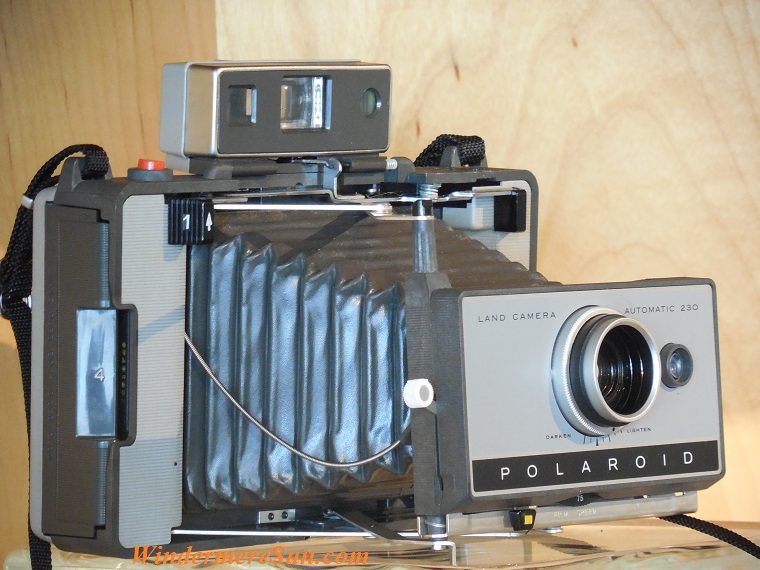 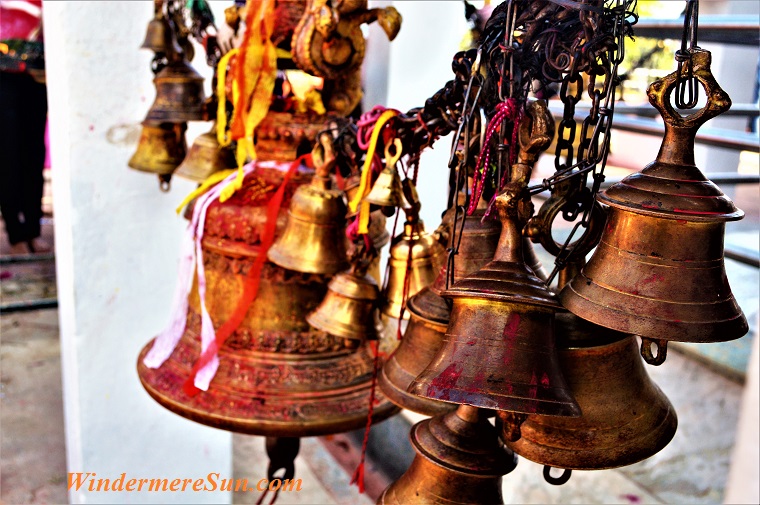 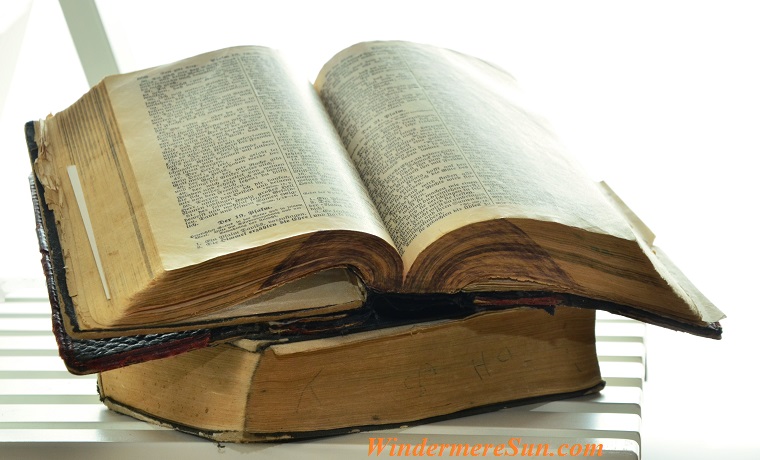 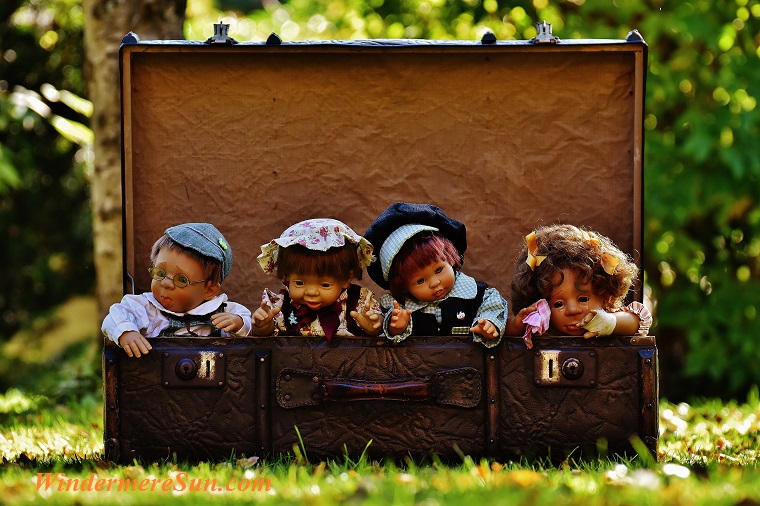 Suitcase of dolls (presented at WindermereSun.com)

I received a message from the American Pickers few days ago, in italics, below:

Mike Wolfe, Frank Fritz, and their team are excited to return to Florida!  ‘American Pickers’ will film in Florida this Winter 2018. The hosts are looking for people in your area with unique antique collections and interesting stories behind them.

We are hoping to come this winter so we would recommend submitting ASAP. Where we visit depends on how many good picks we find in the area. To clarify, we have NOT selected any specific towns in Florida to visit just yet, we are still in the early stages and are hoping to get the word out so people in your area can apply if interested.

Please make sure people who have one of a kind items to sell reach out to us on our phone number 1-855-OLD-RUST (653-7878), or our email, which is AmericanPickers@cineflix.com.

I attached a press release, flyer and photos, and hope you can share with your community. We are trying to get the word out as soon as possible, so the sooner people with large collections reach out to us the better.

Mike and Frank only pick private collections so no stores, malls, flea markets, museums, auctions, businesses or anything open to the public.


The American Pickers series debuted on January 18, 2010. The premiere episode of American Pickers had 3.1 million viewers, making it the highest rated History channel debut since Ice Road Truckers in 2007. The September 8, 2010, episode “Laurel & Hardy” garnered Nielsen ratings as high as 5.3 million viewers in the 25–54 age group. As of that episode, the show retained the title of #1 new non-fiction series of 2010 among all viewers and adults 25–54.For those of you who want to learn more about the American Pickers, please feel free to view the videos below:

Excerpts from wikipedia on the topic of American Pickers, below, in italics:

American Pickers is an American reality television series that premiered on January 18, 2010 on the History channel, produced by A&E Television Networks in collaboration with Cineflix Media.

The show follows antique and collectible pickers Mike Wolfe and Frank Fritz who travel around the United States to buy or “pick” various items for resale, for clients, or for their own personal collections. They originally traveled in a Mercedes-Benz Sprinter van and now a Ford Transit. Danielle Colby runs the office of Wolfe’s business, Antique Archaeology, from their home base in Le Claire, Iowa, and more recently at a second location in Nashville, Tennessee. Fritz sells his acquisitions at his own shop and on his own website, Frank Fritz Finds, upriver in Savanna, Illinois. The men go on the road, not only following up leads that Colby has generated, but also “free-styling” – stopping at places that look like they might hold items worth buying. They also pick some places more than once.

The series introduction is narrated by Wolfe and Fritz. The first three seasons used the complete opening. Beginning with season 4, a shortened version is used, with the portion in italics below removed:

I’m Mike Wolfe. And I’m Frank Fritz. And we’re pickers. We travel the back roads of America looking to buy rusty gold.

We’re looking for amazing things buried in people’s garages and barns. What most people see as junk, we see as dollar signs. We’ll buy “anything” we think we can make a buck on. Each item we pick has a history all its own. And the people we meet? Well, they’re a breed all their own.

We make a living telling the history of America…one piece at a time.

Mike and Frank explore people’s homes, barns, sheds, outbuildings, and other places where they have stored antiques and collectibles. They call upon casual collectors, hoarders, and occasionally people who have inherited overwhelming collections of apparent junk. Wolfe, who has been picking since age four, has a particular interest in antique motorcycles, air-cooled Volkswagens (referred to as VOTES-wagons by Wolfe), old bicycles, and penny-farthings, while Fritz has a fondness for antique toys, oil cans, and old Hondas. They have purchased old advertisements and commercial signage, film posters, a rare 15-gallon visible gasoline pump, and a Piaggio Ape (pronounced: ah-peh) that one of their friends told them is probably the only one of its kind in North America.

In December 2011, American Pickers revealed that Antique Archaeology had leased part of a former 1914 car factory in Nashville, Tennessee, which originally made the Marathon automobile, for a second business location to decrease the distance required to haul their finds from the southern states.