Bolide, a very bright meteor of an apparent magnitude of -14 or brighter (presented at WindermereSun.com)

Marilia Meteorite, a chondrite H4 fell in Marilia, Brazil in 1971 (presented in WindermereSun.com) 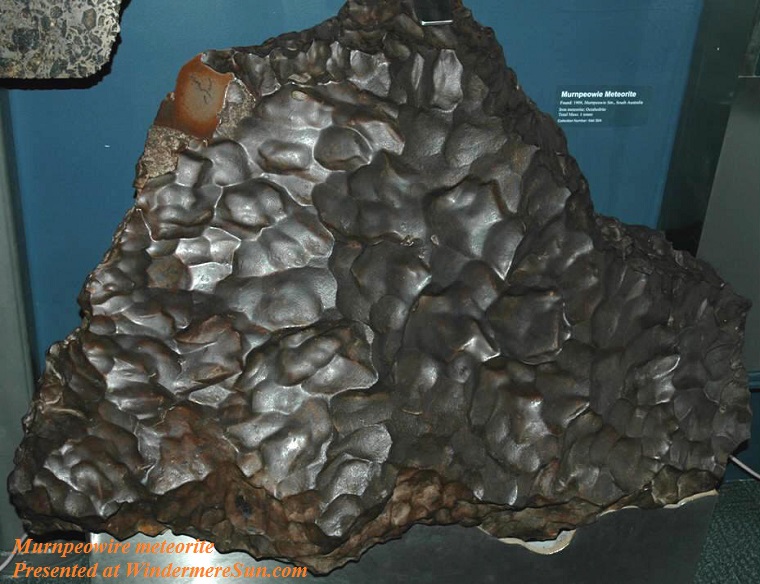 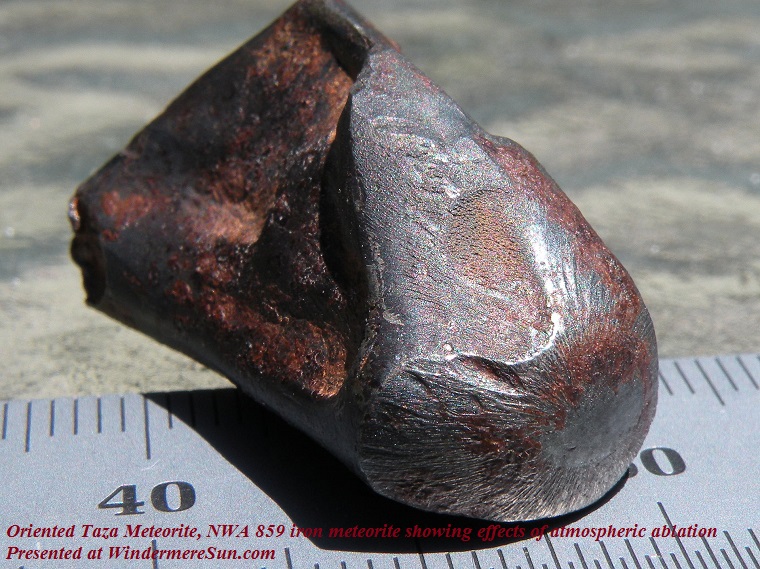 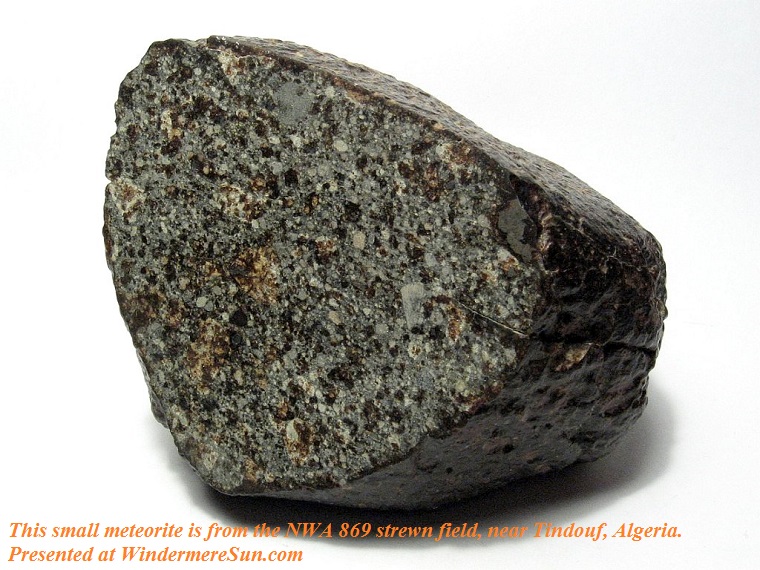 This small meteorite is from the NWA 869 strewn field near Tindouf, Algeria, currently classified as an L3.8-6 ordinary chondrite (presented at WindermereSun.com) 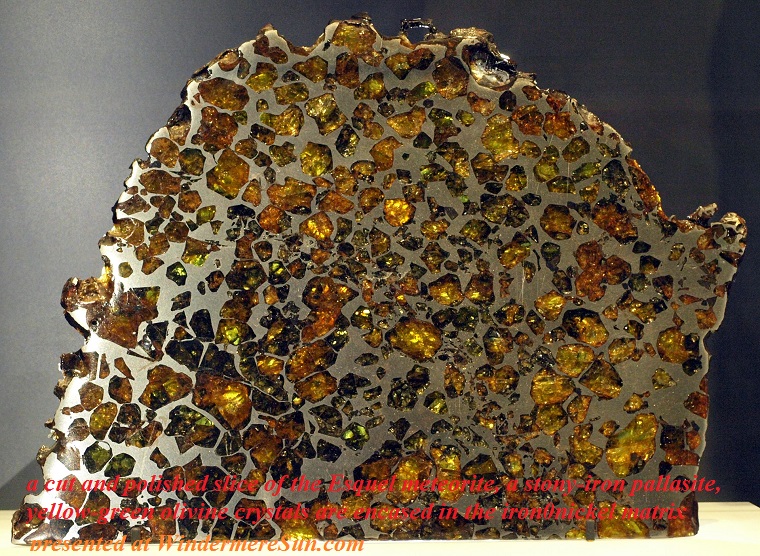 A cut and polished slice of the Esquel meteorite, a stony iron pallasite, yellow green olivine crystals are encased in teh iron nickel matrix (presented at WindermereSun.com)

Last night (Tuesday, 01/ 16/2018), meteorite was seen in Southeastern (Macomb County) Michigan, with boom and flash of lights, and vertical elongated beam of light up into the sky, around 8:08 pm, recorded in the video below:

NASA has later confirmed a meteor did land over Michigan while U.S. Geologic Survey reported an earthquake of magnitude 2.0

Let’s see what wikipedia has to say about meteorite, in italics, below:


A meteorite is a solid piece of debris from an object, such as a comet, asteroid, or meteoroid, that originates in outer space and survives its passage through the atmosphere to reach the surface of a planet or moon. When the object enters the atmosphere, various factors like friction, pressure, and chemical interactions with the atmospheric gases cause it to heat up and radiate that energy. It then becomes a meteor and forms a fireball, also known as a shooting staror falling star; astronomers call the brightest examples “bolides.” Meteorites vary greatly in size. For geologists, a bolide is a meteorite large enough to create a crater.

Meteorites that are recovered after being observed as they transit the atmosphere or impact the Earth are called meteorite falls. All others are known as meteorite finds. As of April 2016, there were about 1,140 witnessed falls that have specimens in the world’s collections. As of 2011, there are more than 38,660 well-documented meteorite finds.

Meteorites have traditionally been divided into three broad categories: stony meteorites are rocks, mainly composed of silicate minerals; iron meteorites that are largely composed of metallic iron-nickel; and, stony-iron meteorites that contain large amounts of both metallic and rocky material. Modern classification schemes divide meteorites into groups according to their structure, chemical and isotopic composition and mineralogy. Meteorites smaller than 2 mm are classified as micrometeorites. Extraterrestrial meteorites are such objects that have impacted other celestial bodies, whether or not they have passed through an atmosphere. They have been found on the Moon and Mars.

According to Geology.com, meteorites may have certain characteristics that can set them apart from other ordinary rocks. While there are a variety of meteorites, look for identifiers like thumbprint-like indentations, an ash-like crust, shiny flakes and/or flow lines. The site notes that most meteorites are rich in iron and nickel, so — while you shouldn’t use it as the only indicator — try a magnet test. Another thing to consider: weight. Meteorites reportedly will usually feel heavier than ordinary rocks.
Gathered, written, and posted by Windermere Sun-Susan Sun Nunamaker
More about the community at www.WindermereSun.com
Any comments, suggestions, concerns regarding this post will be welcomed at info.WindermereSun@gmail.com