Pentagon’s Declassified Videos Indicate: We Are Not Alone 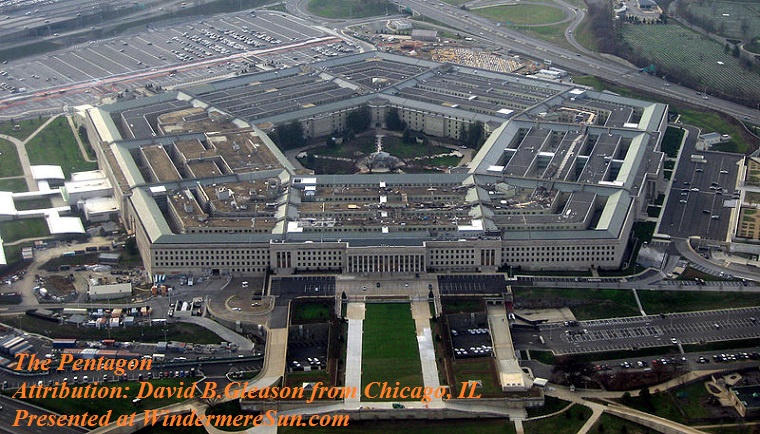 Remember the American science fiction drama television series created by Chris Carter that aired from 1993 to 2002 called The X-Files ? It turned out that life actually imitated fiction. In this case, apparently the Pentagon ran a secret UFO investigation program between 2007-2012 (after the airing of The X-Files), known as the Advanced Aviation Threat Identification Program.  From the $600 billion annual Defense Department budgets, $22 million was spent on the Advanced Aviation Threat Identification Program.

Before departing from his Defense Department job two months ago, intelligence officer Luis Elizondo arranged to secure the release of three unusual videos in the Pentagon’s secret vault, with raw footage from encounters between fighter jets and anomalous aerial vehicles (UFO’s, in military jargon). This declassified footage is reportedly from U.S. Navy fighter jet with an infrared aircraft tracking system that automatically locked on an unidentified flying object. The pilot has several viewing screens, and reported seeing whole fleet of objects on their radar. The UFO appeared to hover briefly before sprinting away at amazing speeds and unusual orientation and motion. Elizondo believed that the images would help to educate pilots and improve aviation safety. But during an interview, Elizondo said his ultimate intention was to shed light on a little-known program he himself ran for seven years, a low-key Defense Department operation to collect and analyze reported UFO sightings. Since his retirement, Elizondo has joined a private start-up company in promoting UFO research for scientific and entertainment purpose.

The existence of the Advanced Aviation Threat Identification Program was confirmed for the first time on Saturday, Dec. 16, 2017, by a Pentagon spokesman, in response to media  inquiries resulting from Elizondo’s start-up company and these declassified videos.
Whether these videos are result of alien visitations or Pentagon scientists prank, remains to be seen, tested, researched, and discovered.

One thing to be certain, it is time for international or global collaboration among all earthly nations. It is time to collaborate and share our information and data on any UFO’s.

Very likely, we are not alone in this universe or multi-universes.