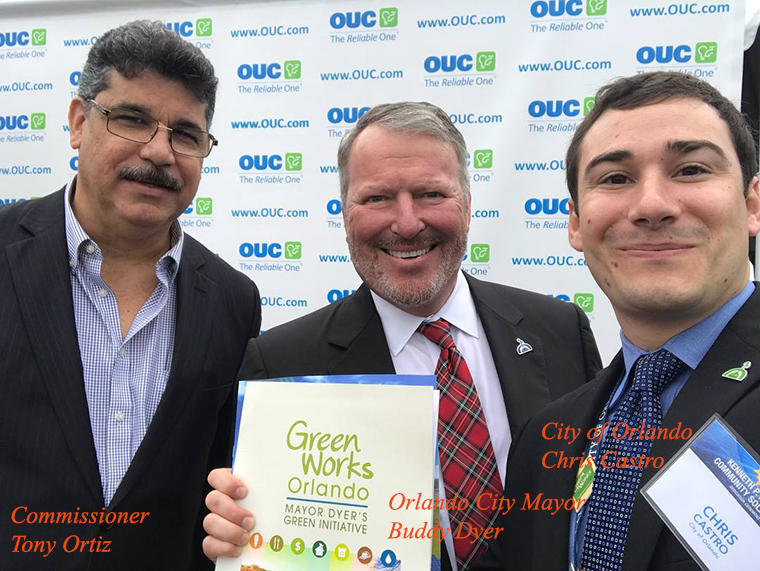 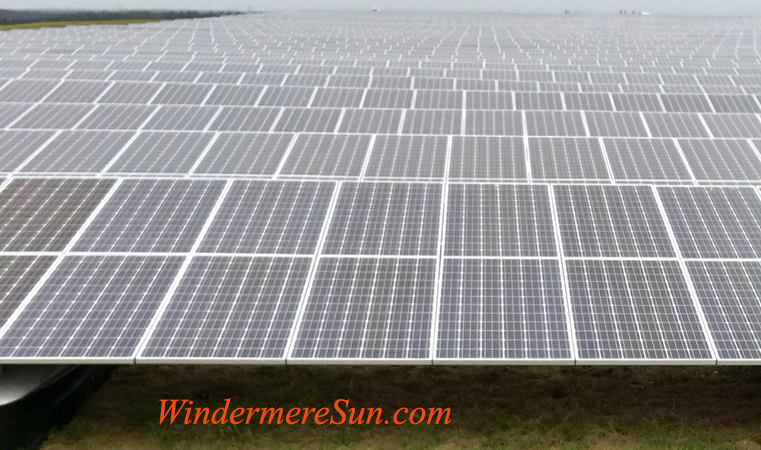 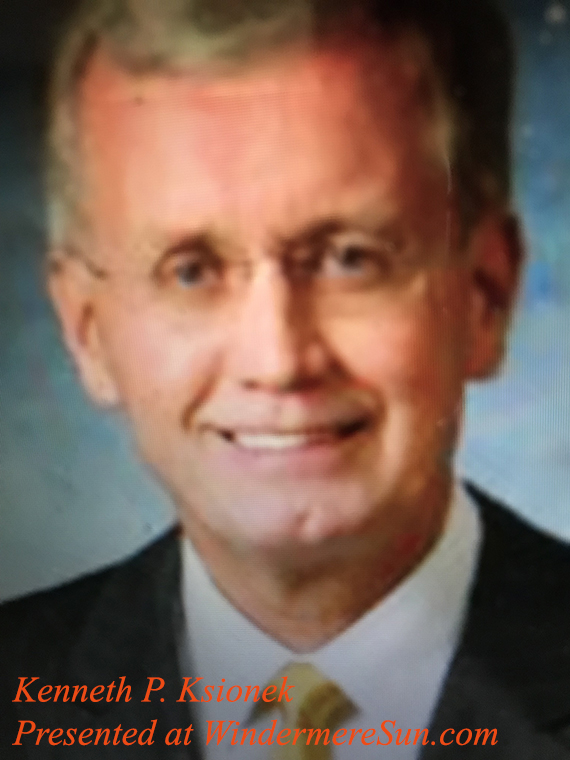 It is with extreme pleasure and excitement that I am reporting about the unveiling of the OUC Kenneth P. Ksionek Community Solar Farm today, Dec. 7, 2017. This 13 MW solar farm is the newest addition to renewable energy generation in Orlando (first in Orlando and second in state of Florida community solar farm), consisting of more than 37,544 solar panels, sitting atop a byproduct landfill, covering 24 acres at the Stanton Energy Center (SEC), generating enough energy  to power 2,100 homes. As part of the  commitment to 100% clean energy future, City of Orlando has purchased 4.8 MW to completely power Orlando City Hall and all 17 Orlando Firestations(This will help to offset: 6,108 metric tons of CO2 and 6 million pounds of coal from being used, equivalent to reducing emissions from having 1,018 cars off the road, 610,000 gallons of gas and saving 142,000 trees annually.

Residents and businesses are now able to subscribe to this solar farm and get 100% of your power from solar! Be sure to visit: http://www.ouc.com/communitysolar


Below, is the tour of OUC’s Stanton Energy Center:

Earlier on July 28 of 2017, in one of OUC’s news announcements, it was stated that Ken Ksionek, General Manager & CEO, has announced his retirement from the OUC Board of Commissioners, effective February 1, 2018.

To understand why this first solar farm of Orange County and OUC is dedicated to Kenneth P. Ksionek, excerpt from this news announcement, below, in italics:

Passionate about reliability, sustainability and emerging technologies, Ksionek has successfully led OUC’s efforts to be “The Reliable One” and “The Sustainable One” too. His expertise, leadership and devotion have made OUC one of the most forward- thinking utilities in the nation.

“For the past 13 years, leading OUC has been an honor and a privilege,” said Ksionek. “I’ve spent my entire 44-year career in the electric utility industry, and I’m proud that Orlando Utilities remains the strongest financial, sustainable and community partner in achieving the shared vision and priorities of the citizens of Orlando and Central Florida.”

Ksionek began his OUC career in 1985 as Director of Construction for the Stanton Energy Center (SEC) Unit 1. He then served as co-project manager for the SEC Unit 2 construction project while holding the position of Managing Director of Electric Transmission and Distribution. In 1995, he was promoted to Vice President of the Energy Delivery Business Unit, where he led OUC to national prominence for its reliability.

In 2004, Ksionek guided the organization through the most active hurricane season in its history, with three back-to-back storms – Hurricanes Charley, Frances and Jeanne – over a 45-day period. After each storm, Ksionek coordinated OUC’s massive restoration efforts that returned power safely to customers in nine days after Charley, four days for Frances and three days for Jeanne. In October 2004, he was named General Manager and CEO.

“Mr. Ksionek is an amazing gentleman and an incredible leader who is committed to pushing OUC to be at the forefront of technology and sustainability. During his tenure, he guided the utility through the economic downturn to significant growth while maintaining his commitment to providing affordable, reliable energy and water to OUC’s customers. It has been an honor to work with him and he will be greatly missed,” said Gregory Lee, President, OUC Board of Commissioners.

Posts/articles below may also be of interest to you: