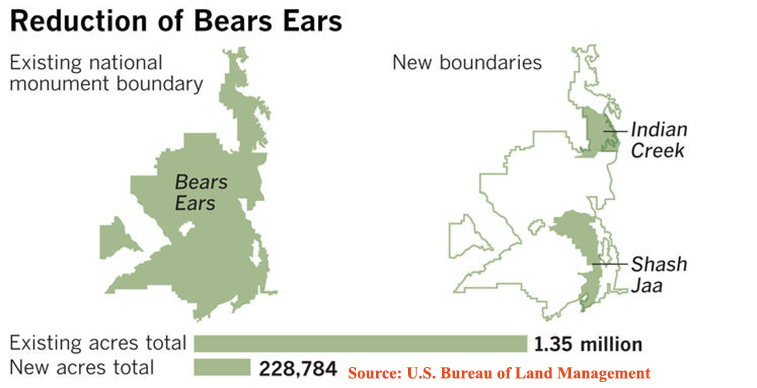 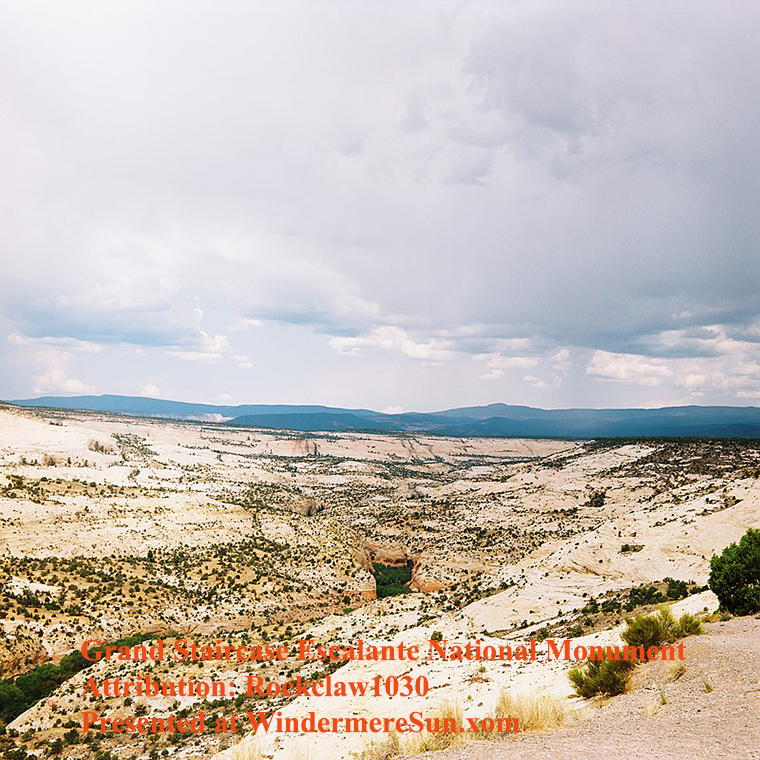 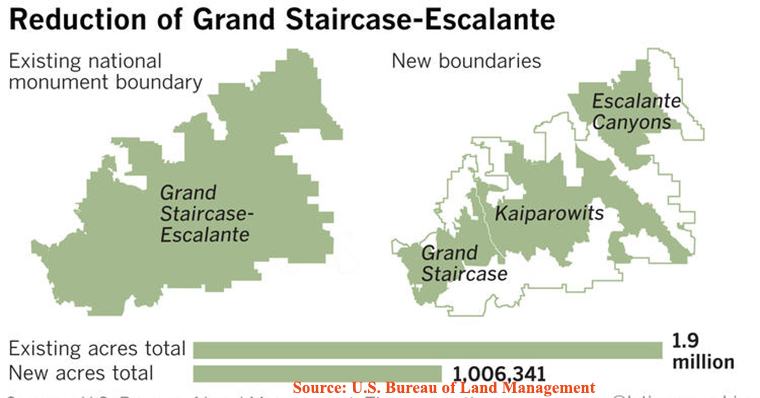 Since April 26, 2017, President Donald Trump had signed an executive order directing a review of the Antiquities Act and its use. But it wasn’t until today, Monday, December 4, 2017, that President Trump formally reconfigured two big national monuments in southern Utah, shrinking the 1.9 million acre Grand Staircase-Escalante to 1,006,341 acres and Bears Ears from 1.35 million acres down to 228,784 acres. This proclamation has reduced these national monuments by more than 2 million acres while establishing five smaller units within them.

At the Utah state capitol, Salt Lake City, President Trump said “You know how best to take care of your land,” to a large audience. He also added, “I’ve come to Utah to reverse federal overreach and restore the rights to this land to your citizens.” Please feel free to refer to The White House press release: Remarks by President Trump on Antiquities Act Designations

President Trump’s action is a dramatic departure from conventional interpretations of the original 1906 Antiquities Act, designed to provide safeguards to protect exceptional historic, cultural, and natural landscapes across the country by President Theodore Roosevelt. In response to this roll-back of the Antiquities Act, the Intertribal Coalition, a Native American group, is filing a lawsuit to protect Bears Ears. Patagonia,  Friends of Cedar Mesa, Utah Dine Bikeyah, and Archaeology Southwest are joining efforts in a Bears Ears suit to be filed later this week.

This dramatic roll-back of Antiquities Act is setting the stage for a court battle over presidential authority to rescind the boundaries of a national monument. Allow me to share with you a video and some information on the Antiquities Act, excerpt from wikipedia, in italics, below:

The Antiquities Act of 1906, (Pub.L. 59–209, 34 Stat. 225, 54 U.S.C. § 320301–320303), is an act passed by the United States Congress and signed into law by Theodore Roosevelt on June 8, 1906. This law gives the President of the United States the authority to, by presidential proclamation, create national monuments from federal lands to protect significant natural, cultural, or scientific features. The Act has been used more than a hundred times since its passage. Its use occasionally creates significant controversy.

The Act was intended to allow the President to set aside certain valuable public natural areas as park and conservation land. The 1906 act stated that it was intended for: “… the protection of objects of historic and scientific interest.” These areas are given the title of “National Monuments.” It also allows the President to reserve or accept private lands for that purpose. The aim is to protect all historic and prehistoric sites on United States federal lands and to prohibit excavation or destruction of these antiquities. With this act, this can be done much more quickly than going through the Congressional process of creating a National Park. The Act states that areas of the monuments are to be confined to the smallest area compatible with the proper care and management of the objects to be protected.

The United States Supreme Court has repeatedly upheld presidential proclamations under the Antiquities Act, ruling each time that the Act gives the president nearly-unfettered discretion as to the nature of the object to be protected and the size of the area reserved.

The first use of the Act protected a large geographic feature – President Theodore Roosevelt proclaimed Devils Tower National Monument on September 24, 1906. President Roosevelt also used it to create the Grand Canyon National Monument – the first step in protecting that place of great historic and scientific interest.

If you feel strongly about this issue, please reach out to various pertinent groups/red links above to see how you may be of assistance.