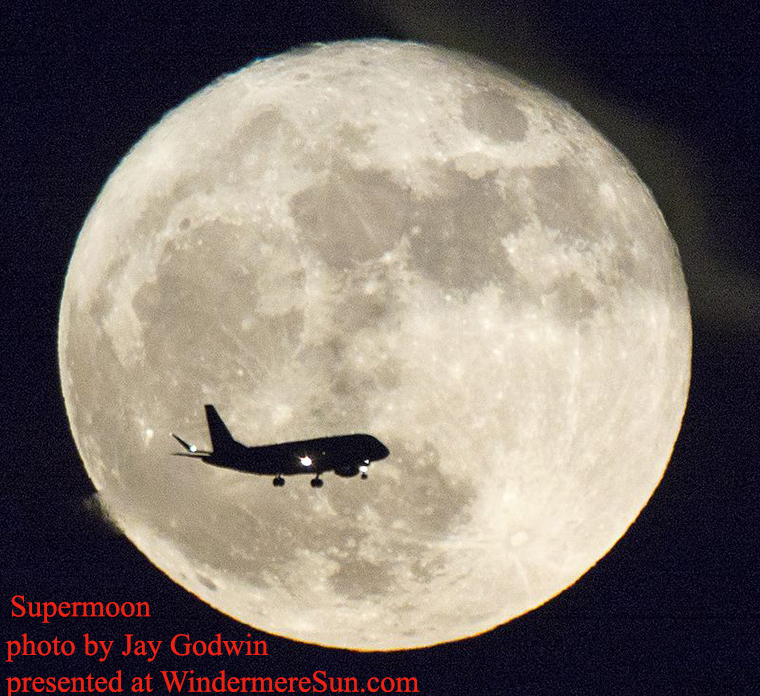 An airplane on approach to the airport flies past a full supermoon rising over the LBJ Presidential Library on Nov. 14, 2016 in Austin, TX (photo by Jay Godwin, presented at WindermereSun.com) 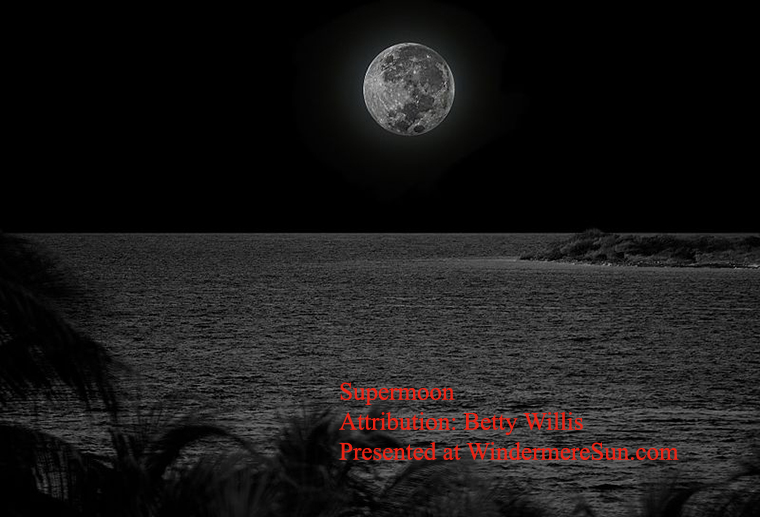 The Supermoon over the Dutch Caribbean 50 miles (80 km) north of Venezuela, on Nov. 15,2016 (photo by Betty Willis, presented at WindermereSun.com)

The first and only supermoon of 2017 appeared yesterday, Dec. 3, 2017, 16% brighter and 7% larger than normal, because the lunar orbit of the earth is not perfectly circular, therefore its distance to earth varies.  A supermen occurs when the perigee (the closest point to the earth in the orbit of the moon) coincided with the full moon. This makes the moon look bigger and brighter in the sky than normal. Yesterday’s full moon was 222,761 miles from earth, closer than the average 238,900 miles. NASA described this event as the first of a “supermoon trilogy”, with two more on Jan. 1 and Jan 31 in 2018.

Below, is an excerpt on supermoon from wikipedia, in italics:

A full moon at perigee is visually larger up to 14% in diameter than at apogee. While the moon’s surface luminance remains the same, because of its larger size the illuminance is up to 30% brighter than one at its farthest point, or apogee. While a typical summer full moon at temperate latitudes provides only about 0.05-0.1 lux, a supermoon directly overhead in the tropics could provide up to 0.36 lux.

The name supermoon was coined by astrologer Richard Nolle in 1979, arbitrarily defined as:

Nolle also claimed that the moon causes “geophysical stress” during the time of a supermoon. Nolle never outlined why he chose 90%.

The term perigee-syzygy or perigee full/new moon is preferred in the scientific community. Perigee is the point at which the Moon is closest in its orbit to the Earth, and syzygy is when the Earth, the Moon and the Sun are aligned, which happens at every full or new moon. Hence, a supermoon can be regarded as a combination of the two, although they do not perfectly coincide each time.