Attendees of Diversity Matters, an event/conference at Dr. P. Phillips YMCA of Orlando (presented at WindermereSun.com) 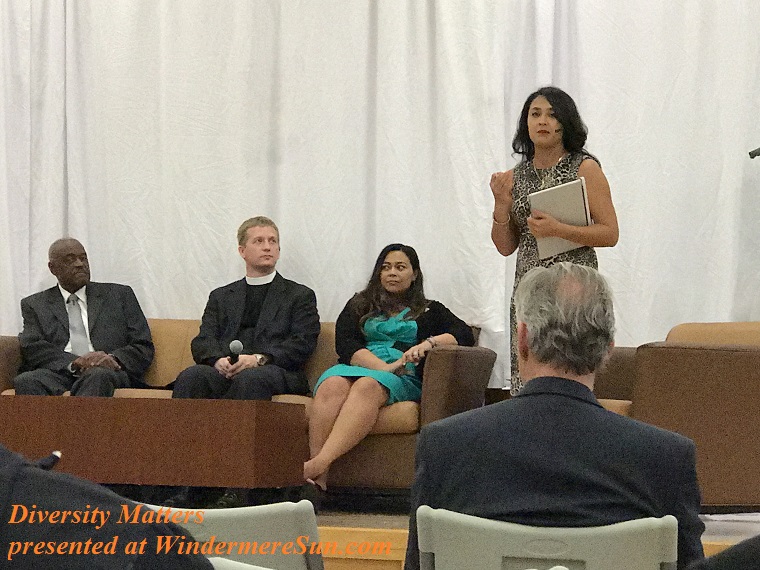 Gigi Moorman and speakers at Diversity Matters, an event/conference at Dr. P. Phillips YMCA of Orlando (presented at WindermereSun.com) 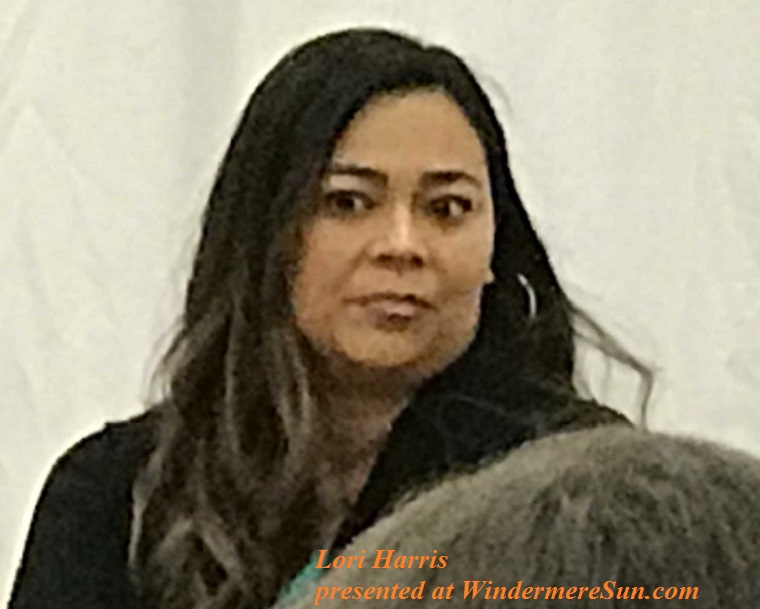 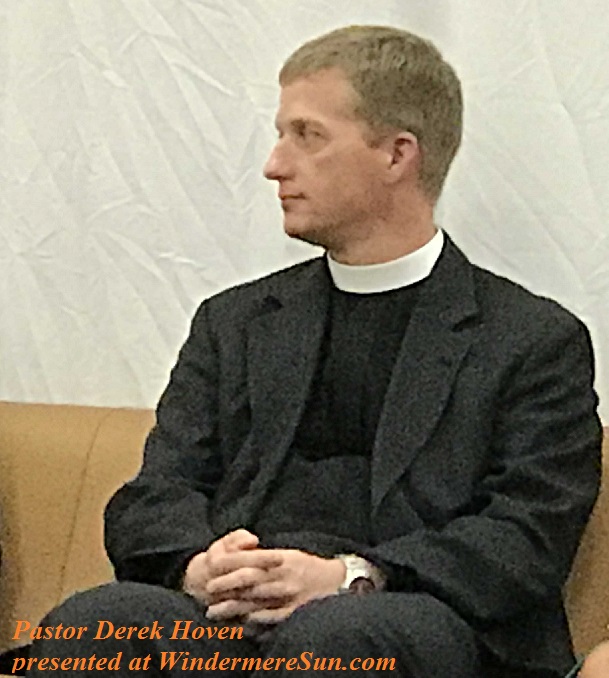 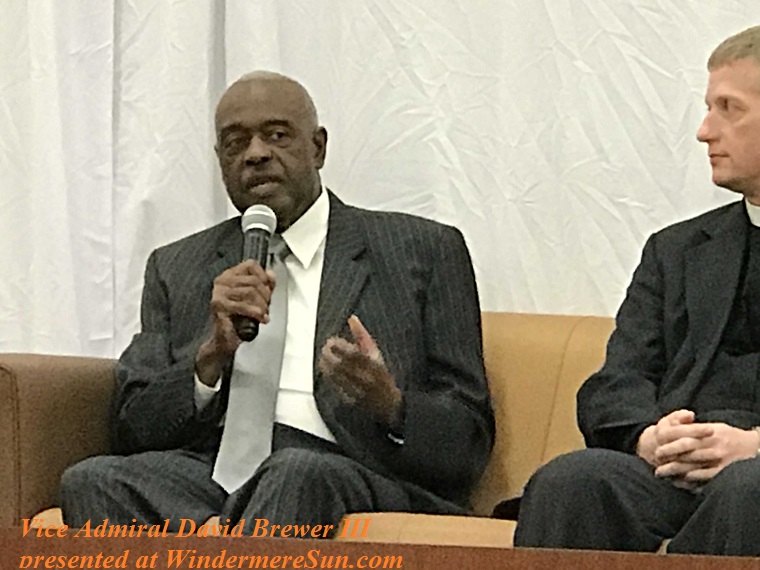 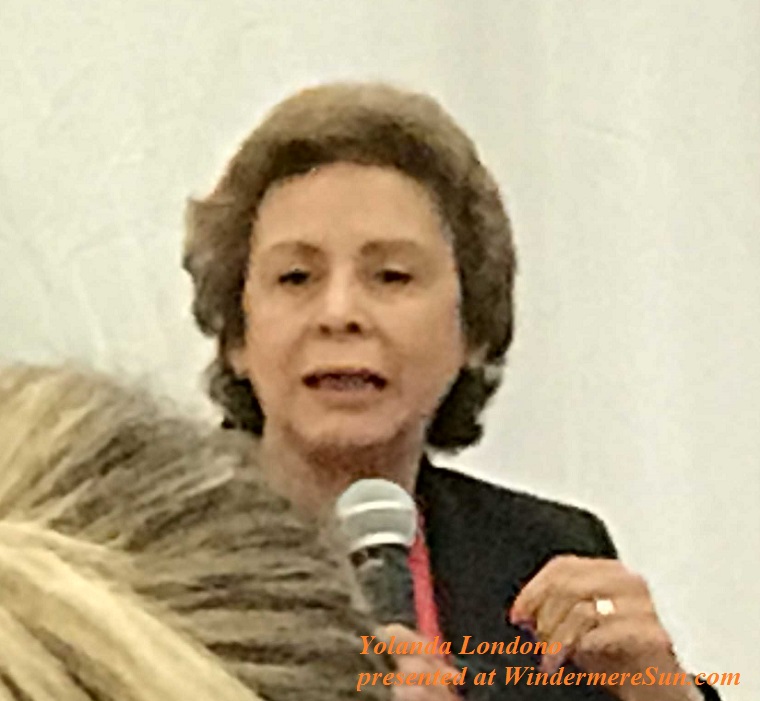 
One of the many things I appreciate about Central Florida is our YMCA (7000 Dr. Phillips Blvd., Orlando, FL, 407-351-9417), from its well ventilated high ceiling and wonderful facility with fantastic instructors for various fitness classes (from Yoga, Pilates, Meditation, Kickboxing, Tai Kwon Do, Tai Chi, Ballet, Zumba, Jazz, Latin Cardio, etc.), to racketball and basketball courts, swimming pool, market cafe full of nutritious options, and its concern for the unity of the community.

On Wednesday, November 15, 2017, Gigi Moorman of the Dr. Phillips YMCA at Orlando moderated an event on the topic of Diversity Matters, with probing questions, between 6:00 pm-8:00pm. It was a time for community conversation aiming at creating a safe space through open dialogue. From the experience of various community leaders (Lori Pampilo Harris, Pastor Derek Hoven, Vice Admiral David Brewer III, and Yolanda Londono), we learn to better appreciate cultural differences through time.

Lori Pampilo Harris, the Senior Advisor of Mayor of Orlando Buddy Dyer, discussed the importance of Lean In and Talk Story, wonderful tools in developing understanding and appreciating cultural differences. Prior to Ms. Harris’ appointment with the City of Orlando, she spent over 14 years in international development field, with expertise in disaster recovery and response (Haiti, Pulse tragedy, Victims of Crime at Department of Justice). As a native Hawaiian, Ms. Harris also engages in Native peoples’ initiatives, advocacy, and promoting self-determination for indigenous people, in addition to focusing on needs of LGBTQ, Latinx, communities of color and other marginalized communities in Central Florida. She emphasized that some level of discomfort may be felt in the process of Leaning In, but it is an important aspect of communication that enables true appreciation of another culture.

Pastor Derek Hoven was born in Minnesota and raised in St. Louis, Missouri, and Northwest Iowa. Prior to his calling to the path of ordained ministry, he received his degree in mechanical engineering from Missouri University of Science and Technology and spent nine years as an IT consultant, married his wife Laura and welcomed their two sons Dylan and Elijah into this world. Since realizing his calling, he received his Master of Divinity, served as the Associate Pastor at Calvary Lutheran Church in Apollo Beach, FL. Derek Hoven has been the pastor of Salem Lutheran Church in Dr. Phillips area since 2015. He is also the dean of the Heart of Florida Conference of the Florida-Bahamas Synod of the Evangelical Lutheran Church in America (ELCA) and as a volunteer chaplain at the Dr. P. Phillips YMCA. Pastor Hoven emphasized the importance of fairness of treatment for all and the collaboration of energy and ideas of young with wisdom of old.

Vice Admiral David Brewer III,with a distinguished 35 year naval career that began in 1970, he was a member of the first graduating class of the first Naval Reserve Officer Training Corps (ROTC) unit established by the U.S. Navy at a historically black university, Prairie View A & M University, Prairie View, TX.  After his retirement from the Navy, he was selected as the 46th Superintendent of the Los Angeles Unified School District (LAUSD). He was honored with the Los Angeles NAACP’s Man of Valor Award, Who’s Who in Black Los Angeles, cable television’s Telly Award for best local programming for his TV show Transforming Education with Superintendent Brewer, and Great Beginnings for Black Babies Dr. Virginia Hunter Education Award. He is also the cofounder of the David & Mildred Brewer Foundation, providing scholarships and funding for empowerment programs for students and schools in Orlando, FL area. Vice Admiral Brewer is also the President of the Jones High School Foundation in Orlando, Florida. Despite many of Vice Admiral’s achievements and honors, he had also experienced being pulled over as a result of racial profiling during his life time. He further stated that change often takes place with some level of Lean In or discomfort and the kneeling of the NFL football players is a very respectful form of protest or request for change. Vice Admiral Brewer sees himself as a ladder builder of the community rather than a ladder climber and encourages others also to become ladder builders. He also proudly recited Charles M. Province’s “It Is The Soldier” at the event.

Yolanda Londono, Vice President of Global Social Responsibility for Tupperware Brands Corporation. She directs and develops local and global philanthropic initiatives. cause-related marketing, and global giving strategies with emphasis on programs that educate and empower women and girls.Tupperware Brands has a presence in more than 60 countries and over 3 million sales force members. Ms. Londono joined Tupperware Brands after having reached the position of Vice President of Public Affair at J.P. Morgan Chase Bank in Houston, TX. She was also the Executive Director of Tourism of Greater Houston Conventions and Visitors Bureau and at one time served as the President and CEO of the Houston Hispanic Chamber of Commerce. She also worked with U.S. Agency for International Development in Zimbabwe, Africa, and with Logica Ltd., an international software consulting firm in London, England. She serves on Orlando Economic Partnership and Visit Orlando Board of Directors, and collaborates with other domestic and international civic and nonprofit boards. During the evening, Ms. Londono  shared her past experience to educate young women how to be assertive in the work environment. She is actively participating in the global movement for women’s economic and social empowerment.