Reclaiming Our Democracy and Our Power With Robert Reich-Saving Capitalism For the Many, Not the Few 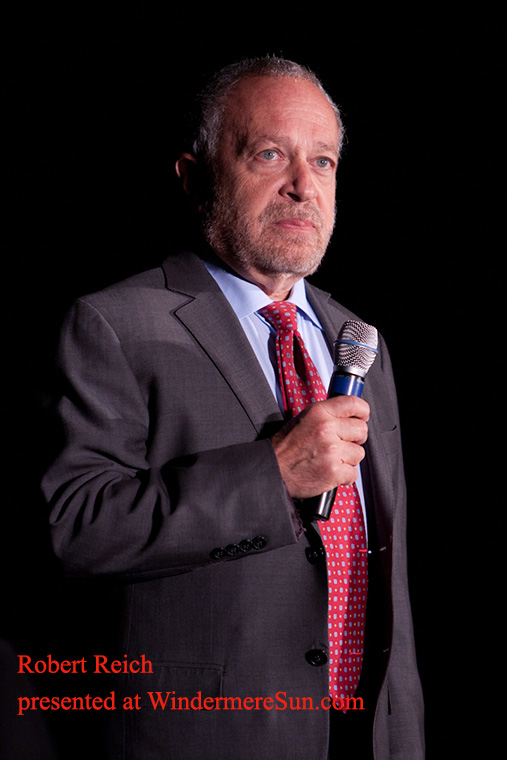 It is up to us to use our voices and our votes to invite social and political changes. If you see or feel something needs to be changed, do not sit back and do nothing. Below, Robert Reich, with his fifty years of experience in and out of the government, enthusiastically educate us on how we can reclaim our democracy and our power, on how to save capitalism for the many rather than for the few:

I heartily invite you to view this video above, with optimisum and hope.

Below is an excerpt from the wikipedia about Robert Reich, in italics:

Robert Bernard Reich ( born June 24, 1946) is an American political commentator, professor, and author. He served in the administrations of Presidents Gerald Ford and Jimmy Carter and was Secretary of Labor under President Bill Clinton from 1993 to 1997.

Reich has been the Chancellor’s Professor of Public Policy at the Goldman School of Public Policy at the University of California, Berkeley since January 2006. He was formerly a professor at Harvard University‘s John F. Kennedy School of Government and professor of social and economic policy at the Heller School for Social Policy and Management of Brandeis University. He has also been a contributing editor of The New Republic, The American Prospect (also chairman and founding editor), Harvard Business Review, The Atlantic, The New York Times, and The Wall Street Journal.

Reich is a political commentator on programs including Hardball with Chris Matthews, This Week with George Stephanopoulos, CNBC‘s Kudlow & Company, and APM‘s Marketplace. In 2008, Time magazine named him one of the Ten Best Cabinet Members of the century, and The Wall Street Journal in 2008 placed him sixth on its list of the “Most Influential Business Thinkers”. He was appointed a member of President-elect Barack Obama‘s economic transition advisory board. Until 2012, he was married to British-born lawyer Clare Dalton, with whom he has two sons, Sam and Adam.

He has published 14 books, including the best-sellers The Work of Nations, Reason, Supercapitalism, Aftershock: The Next Economy and America’s Future, and a best-selling e-book, Beyond Outrage. He is also chairman of Common Cause and writes his own blog about the political economy at Robertreich.org. The Robert Reich–Jacob Kornbluth film Inequality for All won a U.S. Documentary Special Jury Award for Achievement in Filmmaking at the 2013 Sundance Film Festival in Utah.