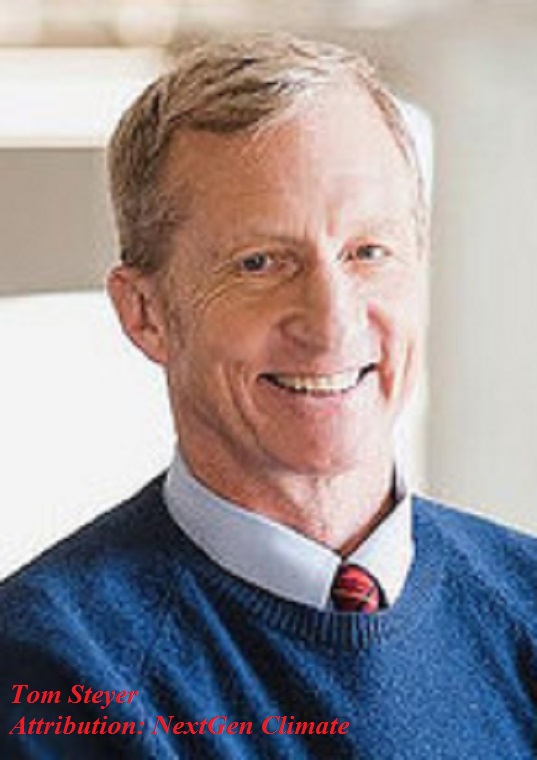 Tom Steyer, the billionaire, philanthropist, environmentalist, progressive activist, and Democratic mega donor, has begun his ad campaign to impeach President Donald Trump via www.needtoimpeach.com. Mr. Steyer states in his video, “Donald Trump has brought us to the brink of nuclear war, obstructed justice of the FBI,  in direct violation of the constitution,  taken money from foreign governments and threatened to shut down news organizations that report the truth. We need to impeach this dangerous president.” He is urging American citizens to demand that the elected officials to take a stand on impeachment. He further reminded us that Republican Congress has once impeached a president for far less.

Steyer is the founder and former co-senior managing partner of Farallon Capital and the co-founder of OneCalifornia Bank, which became (through merger) Beneficial State Bank, an Oakland-based community development bank. Farallon Capital manages $20 billion in capital for institutions and high-net-worth individuals. The firm’s institutional investors include college endowments and foundations. Since 1986, Steyer has been a partner and member of the Executive Committee at Hellman & Friedman, a San Francisco-based $8 billion private equity firm. In 2010, Steyer and his wife signed The Giving Pledge to donate half of their fortune to charity during their lifetime. In 2012, he sold his stake in and retired from Farallon Capital. Switching his focus to politics and the environment, he launched NextGen America, a non-profit organization that supports progressive positions on climate change, immigration, health care, and education.