Guinea Pig/If You Tell The Truth…. 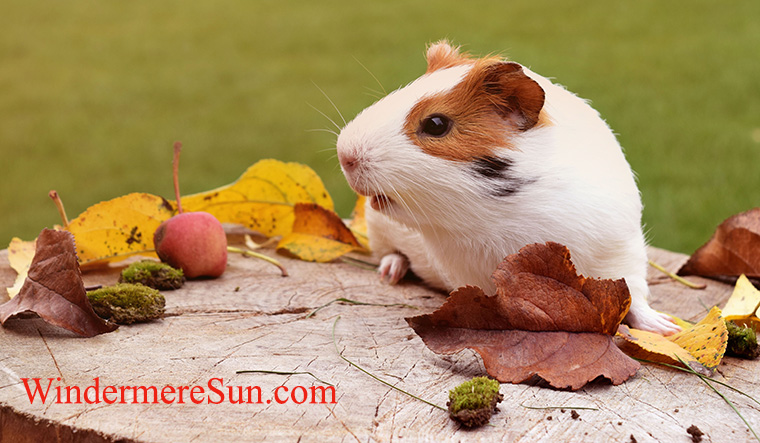 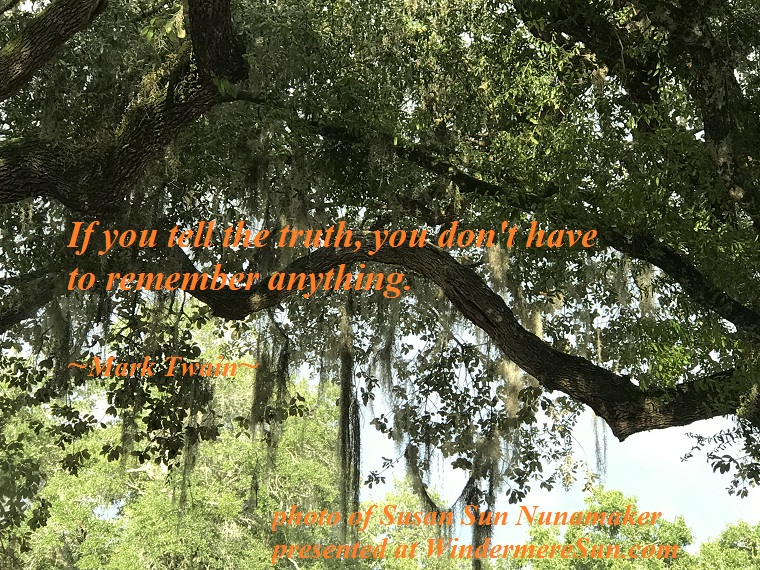 If you tell the truth, you don’t have to remember anything. (quote of Mark Twain, photo of Susan Sun Nunamaker, presented by WindermereSun.com)

This guinea pig is the spit image of one of our pets decades ago. Remarkable!

The domestic guinea pig (Cavia porcellus), or simply guinea pig, also known as cavy or cuy as livestock, is a species of rodent belonging to the family Caviidae and the genus Cavia. Despite their common name, these animals are not in the pig family Suidae, nor do they come from Guinea. They originated in the Andes, and earlier studies based on biochemistry and hybridization suggest they are domestic descendants of a closely related species of cavy such as C. aperea, C. fulgida, or C. tschudii and, therefore, do not exist naturally in the wild. Recent studies applying molecular markers, in addition to studying the skull and skeletal morphology of current and mummified animals, revealed that the ancestor is most likely Cavia tschudii.

The domestic guinea pig plays an important role in the folk culture of many Indigenous South American groups, especially as a food source, but also in folk medicine and in community religious ceremonies. Since the 1960s, efforts have been made to increase consumption of the animal outside South America.

In Western societies, the domestic guinea pig has enjoyed widespread popularity as a household pet since its introduction by European traders in the 16th century. Their docile nature; friendly, even affectionate responsiveness to handling and feeding; and the relative ease of caring for them, continue to make guinea pigs a popular pet. Organizations devoted to competitive breeding of guinea pigs have been formed worldwide, and many specialized breeds of guinea pig, with varying coat colors and compositions, are cultivated by breeders.

Biological experimentation on guinea pigs has been carried out since the 17th century. The animals were frequently used as model organisms in the 19th and 20th centuries, resulting in the epithet “guinea pig” for a test subject, but have since been largely replaced by other rodents such as mice and rats. They are still used in research, primarily as models for human medical conditions such as juvenile diabetes, tuberculosis, scurvy, and pregnancy complications.

If you tell the truth, you don’t have to remember anything. (quote of Mark Twain, photo of Susan Sun Nunamaker, presented by WindermereSun.com)

Mark Twain once said, “If you tell the truth, you don’t have to remember anything.”

Below, is an excerpt from wikipedia on Mark Twain, in italics:

Samuel Langhorne Clemens (November 30, 1835 – April 21, 1910), better known by his pen name Mark Twain, was an American writer, humorist, entrepreneur, publisher, and lecturer. Among his novels are The Adventures of Tom Sawyer (1876) and its sequel, the Adventures of Huckleberry Finn (1885), the latter often called “The Great American Novel“.

Twain was raised in Hannibal, Missouri, which later provided the setting for Tom Sawyer and Huckleberry Finn. He served an apprenticeship with a printer and then worked as a typesetter, contributing articles to the newspaper of his older brother Orion Clemens. He later became a riverboat pilot on the Mississippi River before heading west to join Orion in Nevada. He referred humorously to his lack of success at mining, turning to journalism for the Virginia City Territorial Enterprise. His humorous story, “The Celebrated Jumping Frog of Calaveras County“, was published in 1865, based on a story that he heard at Angels Hotel in Angels Camp, California where he had spent some time as a miner. The short story brought international attention and was even translated into French. His wit and satire, in prose and in speech, earned praise from critics and peers, and he was a friend to presidents, artists, industrialists, and European royalty.

Twain earned a great deal of money from his writings and lectures, but he invested in ventures that lost most of it—notably the Paige Compositor, a mechanical typesetter that failed because of its complexity and imprecision. He filed for bankruptcy in the wake of these financial setbacks, but he eventually overcame his financial troubles with the help of Henry Huttleston Rogers. He chose to pay all his pre-bankruptcy creditors in full, even after he had no legal responsibility to do so.

Twain was born shortly after an appearance of Halley’s Comet, and he predicted that he would “go out with it” as well; he died the day after the comet returned. He was lauded as the “greatest humorist this country has produced”, and William Faulkner called him “the father of American literature“.