Concern of “Authority To Order The Use of Nuclear Weapons” 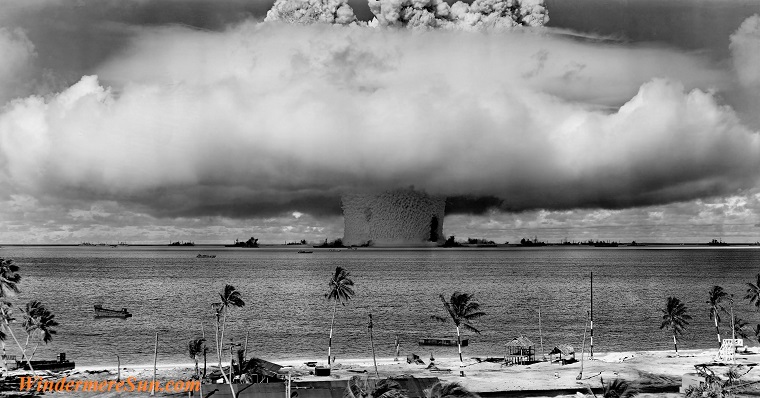 For the first time in over four decades, on Nov. 14, 2017, Congress is examining President’s authority to launch nuclear attacks. The Senate Foreign Relations Committee hearing is titled “Authority To Order The Use of Nuclear Weapons“. The Presiding U.S. Senator Bob Corker (R-Tenn.), chairman of the Senate Foreign Relations Committee, made the following statement at a public hearing on the executive’s authority to use nuclear weapons and the process of executing that authority, below:

This is the first time for the Foreign Relations Committee to meet on this topic since 1976 (41 years ago). Senator Corker stated, “Making a decision to go into war of any sort is a heavy responsibility for a nation’s elected leader. Decision to use nuclear weapons is most consequential of all. The Atomic Energy Act of 1946 and subsequent practices recognize the use of nuclear weapons must be subject to political control. This is why no general, or admiral, or defense secretary has the authority to order the use of nuclear weapons. Only the President, the elected political leader of the United States, has this authority.” He also indicated that in the scenario when there is no time for debate but in need of responding to an attack, the President has the sole authority to give that order for whether or not to respond with nuclear weapons. Once that order is given, there is no turning back. Therefore, Senator Corker would like to explore or examine the reality of this system.

The hearing was announced less than a day after Trump delivered a speech in which he called the nuclear-armed North Korean leader Kim Jong-Un a “dark fantasy” and a “military cult.” This hearing represents Corker’s increased concerns about President Trump’s temperament and fitness for office. This concern has been shared by both parties.

Regardless who is the current President of the United States, considering the dramatic consequence of the use nuclear weapons, it does seem wise/reasonable to safeguard the human element. As Dr. Peter D. Feaver stated, “Hardware is trumped by software. Software is trumped by wetware.” Such that wetware refers to the reliability of the people involved in enforcing the rule, the human element. If you are concerned about the future of our planet, talk to your Congress-persons.

I’ve received quite a few comments such as “horrible” regarding this post. In order to prevent such a horrible incident from occurring, it is best that all responsible USA citizens to consult their respective Congress-persons and representatives and be sure to VOTE on election days. I would also highly recommend that you view the video of Senate hearing on “Authority to Use Nuclear Weapons” above.