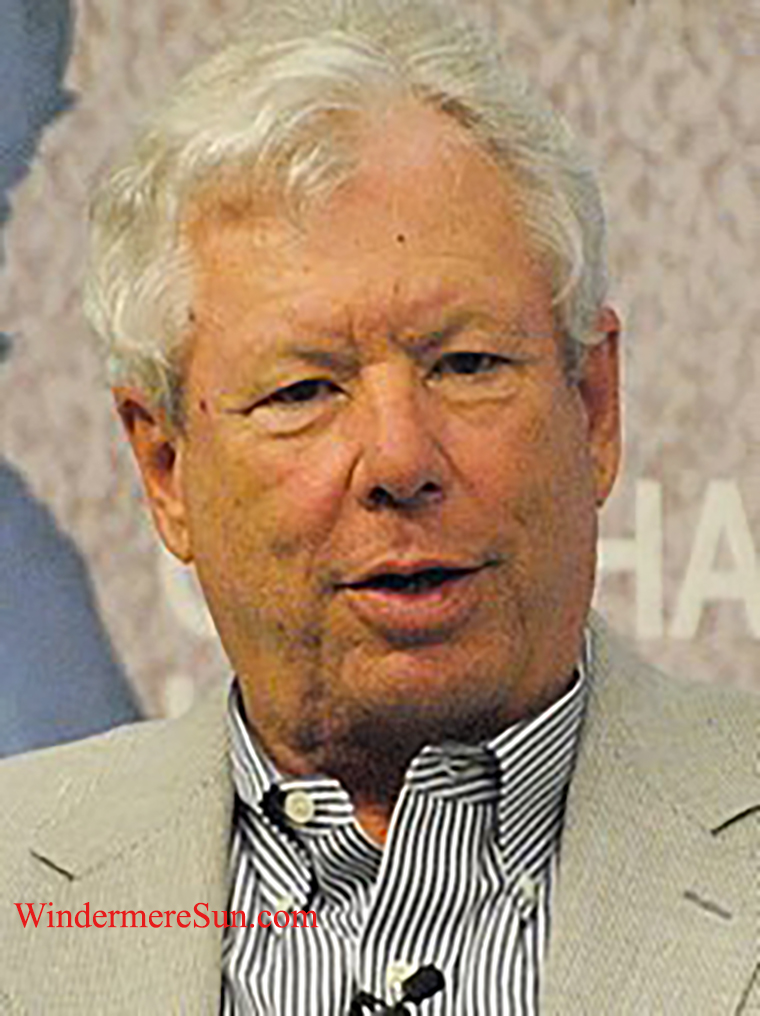 Did you know that those of you who are involved with automatic enrollment for 401K may have Richard Thayler to thank for?

Richard Thayler, the 2017 recipient of the Nobel Memorial Prize in Economics, was awarded for incorporating psychologically realistic assumptions into analyses of economic decision-making. By exploring the consequences of limited rationality, social preferences, and lack of self-control, he has shown how these human traits systematically affect individual decisions as well as market outcomes.  When discussing its selection of Thaler to receive the Nobel Prize, the Royal Swedish Academy of Sciences reasoned that his “contributions have built a bridge between the economic and psychological analyses of individual decision-making. His empirical findings and theoretical insights have been instrumental in creating the new and rapidly expanding field of behavioral economics.” Richard Thayler is an American economist and the Ralph and Dorothy Keller Distinguished Service Professor of Behavioral Science and Economics at the University of Chicago Booth School of Business.


Thaler has written a number of books intended for a lay reader on the subject of behavioral finance, including Quasi-rational Economics and The Winner’s Curse, the latter of which contains many of his Anomalies columns revised and adapted for a popular audience. His leitmotif is that market-based approaches are incomplete: he is quoted as saying, “conventional economics assumes that people are highly-rational—super-rational—and unemotional. They can calculate like a computer and have no self-control problems.”     Thaler is coauthor, with Cass Sunstein, of Nudge: Improving Decisions About Health, Wealth, and Happiness (Yale University Press, 2008). Nudge discusses how public and private organizations can help people make better choices in their daily lives. “People often make poor choices—and look back at them with bafflement!” Thaler and Sunstein write. “We do this because as human beings, we all are susceptible to a wide array of routine biases that can lead to an equally wide array of embarrassing blunders in education, personal finance, health care, mortgages and credit cards, happiness, and even the planet itself.” Thaler and his co-author coined the term choice architect.   In 2015 Thaler wrote Misbehaving: The Making of Behavioral Economics, a history of the development of behavioral economics, “part memoir, part attack on a breed of economist who dominated the academy—particularly, the Chicago School that dominated economic theory at the University of Chicago—for the much of the latter part of the 20th century.”

Thaler gained some attention in the field of economics for publishing a regular column in the Journal of Economic Perspectives from 1987 to 1990 titled Anomalies, in which he documented individual instances of economic behavior that seemed to violate traditional microeconomic theory. In a 2008 paper, Thaler and colleagues analyzed the choices of contestants appearing in the popular TV game show Deal or No Deal and found support for behavioralists’ claims of path-dependent risk attitudes. He has also studied cooperation in the UK game show Golden Balls.

As a columnist for the New York Times News Service, Thaler has begun a series of economic solutions for some of America’s financial woes, beginning with “Selling parts of the radio spectrum could help pare US deficit,” with references to Thomas Hazlett‘s ideas for reform of the U.S. Federal Communications Commission (FCC) and making television broadcast frequency available for improving wireless technology, reducing costs, and generating revenue for the US government.

Paul Krugman, the 2008 winner of the Nobel Memorial Prize in Economics, tweeted “Yes! Behavorial econ is the best thing to happen to the field in generations, and Thaler showed the way.”However, Thaler’s selection did not meet with universal acclaim; Robert Shiller (one of the 2013 laureates) noted that some economists still view dubiously Thaler’s incorporation of a psychological perspective within an economics framework.

Thaler is the ninth Nobel prize recipient to be affiliated with the University of Rochester.

Richard Thayler’s libertarian paternalistic approach to economics, nudging general public toward optimal economic behavior, will be expected to be applied in many areas globally in decades to come. Videos above are highly recommended for all consumers.