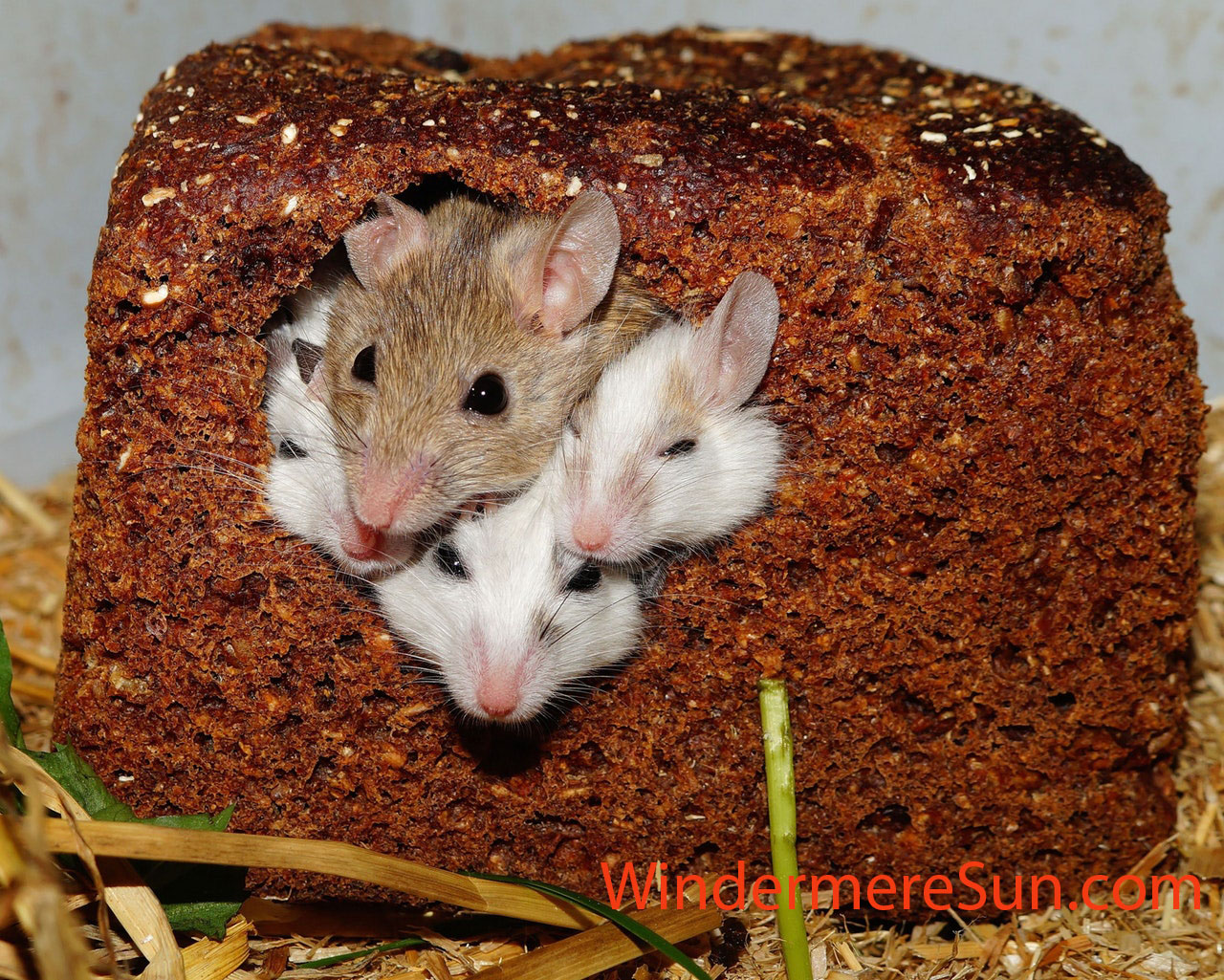 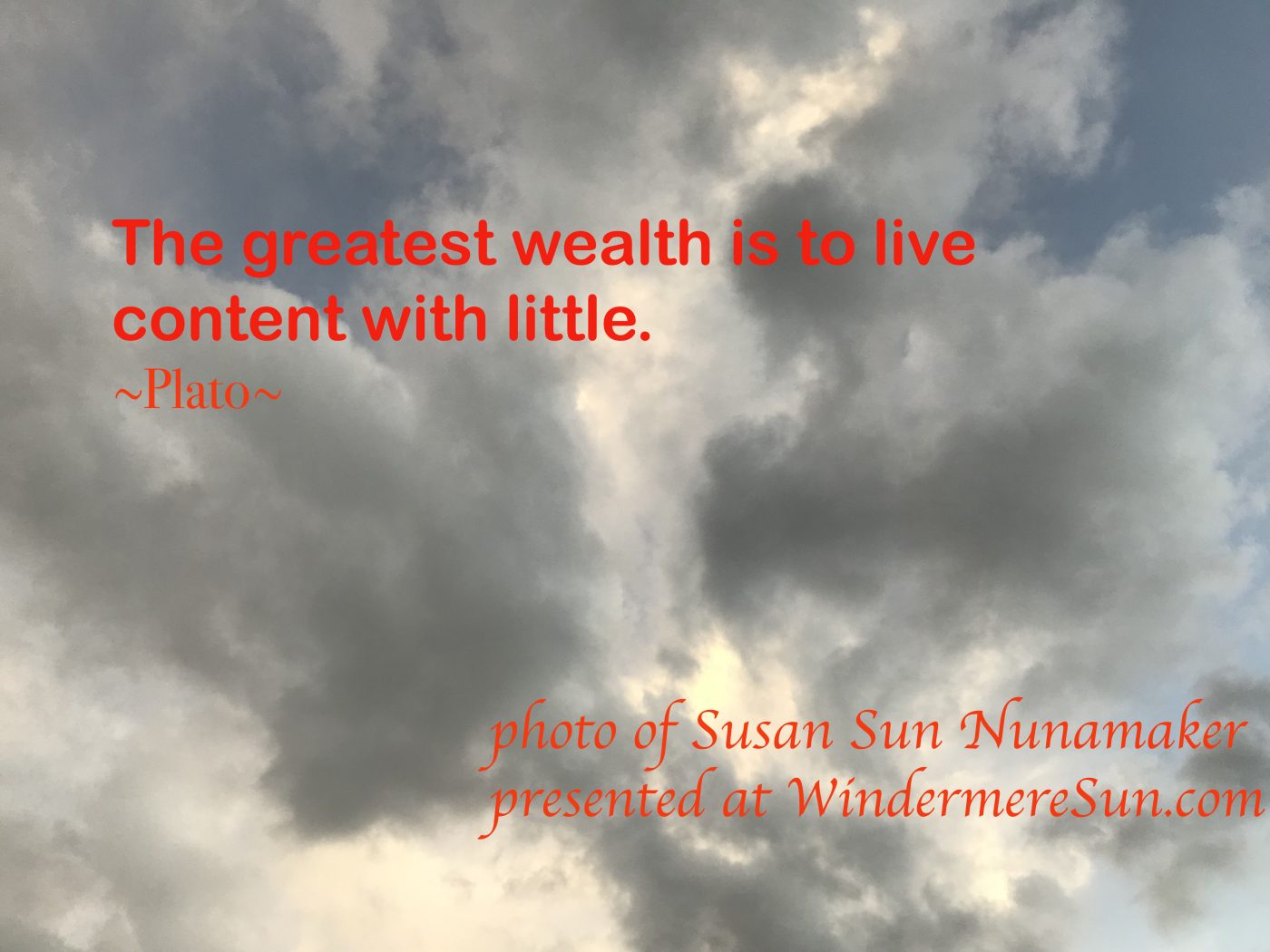 The greatest wealth is to live content with little (quote of Plato, photo of Susan Sun Nunamaker, presented at WindermereSun.com)

Home takes up various forms and shapes. The question is: How did the four of them manage to nest in that piece of bread so comfortably?

The greatest wealth is to live content with little (quote of Plato, photo of Susan Sun Nunamaker, presented at WindermereSun.com)

Plato once commented, “The greatest wealth is to live content with little.”  Do you agree?

Excerpt from wikipedia on Plato, below, in italics:

Plato (/ˈpleɪtoʊ/; Greek: Πλάτων Plátōn, pronounced [plá.tɔːn] in Classical Attic; 428/427 or 424/423 – 348/347 BC) was a philosopher in Classical Greece and the founder of the Academy in Athens, the first institution of higher learning in the Western world. He is widely considered the most pivotal figure in the development of philosophy, especially the Western tradition. Unlike nearly all of his philosophical contemporaries, Plato’s entire work is believed to have survived intact for over 2,400 years. Others believe that the oldest extant manuscript dates to around AD 895, 1100 years after Plato’s death. This makes it difficult to know exactly what Plato wrote.

Along with his teacher, Socrates, and his most famous student, Aristotle, Plato laid the very foundations of Western philosophy and science. Alfred North Whitehead once noted: “the safest general characterization of the European philosophical tradition is that it consists of a series of footnotes to Plato.” In addition to being a foundational figure for Western science, philosophy, and mathematics, Plato has also often been cited as one of the founders of Western religion and spirituality. Plato’s influence on Christianity is often thought to be mediated by his major influence on Saint Augustine of Hippo, one of the most important philosophers and theologians in the foundation of the Western thought. In the 19th century, the philosopher Nietzsche called Christianity “Platonism for the people”. Numenius of Apamea viewed this differently, he called Plato the Hellenic Moses. This would justify the superiority of Christianity over Hellenism because Moses predates Plato—thus the original source of this wisdom is the root of Christianity and not Hellenistic culture.

Plato was the innovator of the written dialogue and dialectic forms in philosophy. Plato appears to have been the founder of Western political philosophy, with his Republic, and Laws among other dialogues, providing some of the earliest extant treatments of political questions from a philosophical perspective. Plato’s own most decisive philosophical influences are usually thought to have been Socrates, Parmenides, Heraclitus and Pythagoras, although few of his predecessors’ works remain extant and much of what we know about these figures today derives from Plato himself.

The Stanford Encyclopedia of Philosophy describes Plato as “…one of the most dazzling writers in the Western literary tradition and one of the most penetrating, wide-ranging, and influential authors in the history of philosophy. … He was not the first thinker or writer to whom the word “philosopher” should be applied. But he was so self-conscious about how philosophy should be conceived, and what its scope and ambitions properly are, and he so transformed the intellectual currents with which he grappled, that the subject of philosophy, as it is often conceived—a rigorous and systematic examination of ethical, political, metaphysical, and epistemological issues, armed with a distinctive method—can be called his invention. Few other authors in the history of Western philosophy approximate him in depth and range: perhaps only Aristotle (who studied with him), Aquinas and Kant would be generally agreed to be of the same rank.”