Dancing With A Dog/We Are What We Believe We Are 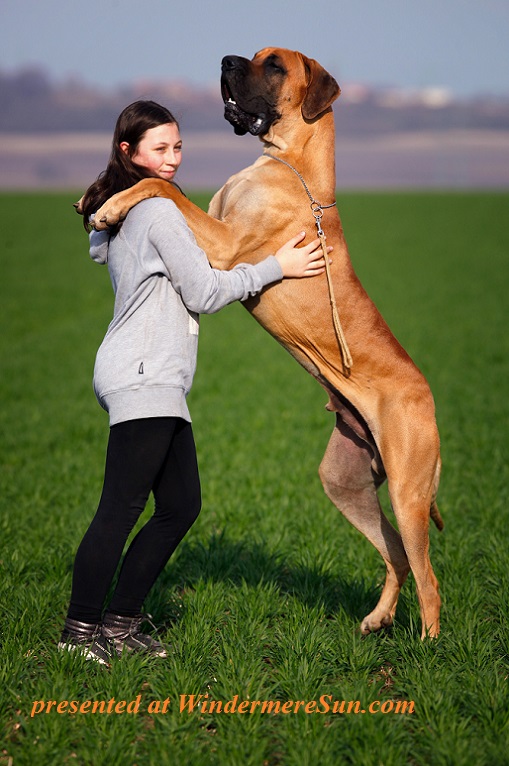 Dancing with a dog (presented at WindermereSun.com) 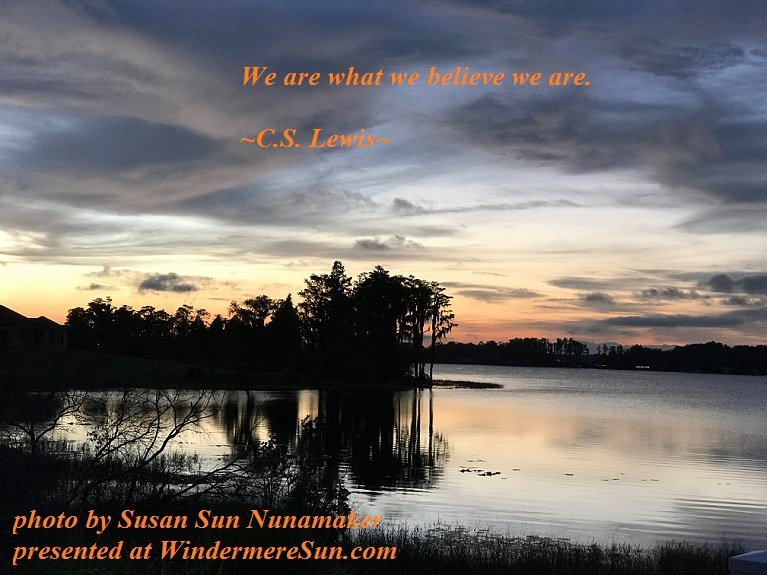 We are what we believe we are (quote of C.S. Lewis, photo of Susan Sun Nunamaker, presented at WindermereSun.com)

Dancing with a dog (presented at WindermereSun.com)

What they need is music, don’t you agree?

We are what we believe we are (quote of C.S. Lewis, photo of Susan Sun Nunamaker, presented at WindermereSun.com)

C.S. Lewis once commented, “We are what we believe we are.”

Excerpts below are gathered from wikipedia on C.S. Lewis, in italics, below:

Clive Staples Lewis (29 November 1898 – 22 November 1963) was a British novelist, poet, academic, medievalist, literary critic, essayist, lay theologian, broadcaster, lecturer, and Christian apologist. He held academic positions at both Oxford University (Magdalen College, 1925–1954) and Cambridge University (Magdalene College, 1954–1963). He is best known for his works of fiction, especially The Screwtape Letters, The Chronicles of Narnia, and The Space Trilogy, and for his non-fiction Christian apologetics, such as Mere Christianity, Miracles, and The Problem of Pain.

Lewis and fellow novelist J. R. R. Tolkien were close friends. They both served on the English faculty at Oxford University, and were active in the informal Oxford literary group known as the Inklings. According to Lewis’s memoir Surprised by Joy, he was baptised in the Church of Ireland, but fell away from his faith during adolescence. Lewis returned to Anglicanism at the age of 32, owing to the influence of Tolkien and other friends, and he became an “ordinary layman of the Church of England”. Lewis’s faith profoundly affected his work, and his wartime radio broadcasts on the subject of Christianity brought him wide acclaim.

Lewis wrote more than 30 books, which have been translated into more than 30 languages and have sold millions of copies. The books that make up The Chronicles of Narnia have sold the most and have been popularised on stage, TV, radio, and cinema. His philosophical writings are widely cited by Christian apologetics from many denominations.

In 1956, Lewis married American writer Joy Davidman; she died of cancer four years later at the age of 45. Lewis died on 22 November 1963 from renal failure, one week before his 65th birthday. In 2013, on the 50th anniversary of his death, Lewis was honored with a memorial in Poets’ Corner in Westminster Abbey. His works entered the public domain in 2014 in countries where copyright expires 50 years after the death of the creator, such as Canada.