Cat Up In A Tree/Only The Weak Are Cruel…. 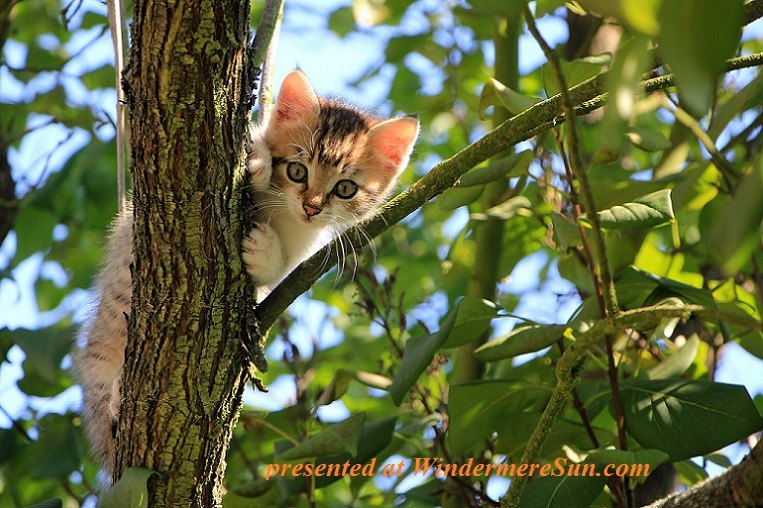 Cat up in a tree (presented at WindermereSun.com) 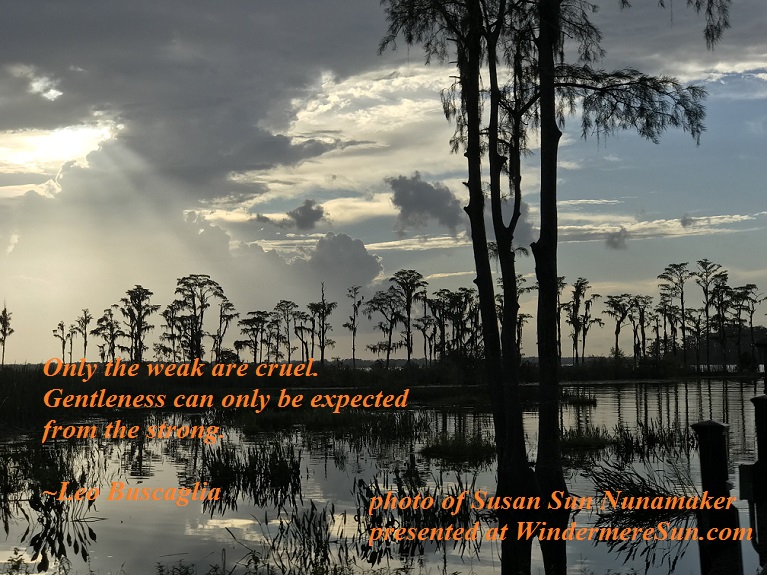 Only thte weak are cruel. Gentleness can only be expected from the strong. (quote by Leo Buscaglia, photo of Susan Sun Nunamaker, presented at WindermereSun.com)

Cat up in a tree (presented at WindermereSun.com)

Such a cutie, doing exactly what one would expect a cat to do…..

Only thte weak are cruel. Gentleness can only be expected from the strong. (quote by Leo Buscaglia, photo of Susan Sun Nunamaker, presented at WindermereSun.com)

Leo Buscaglia once commented, “Only the weak are cruel. Gentleness can only be expected from the strong.”

More on Leo Buscaglia, excerpt from wikipedia, in italics, below:

Felice Leonardo “Leo” Buscaglia PhD (March 31, 1924 – June 12, 1998), also known as “Dr. Love,” was an American author and motivational speaker, and a professor in the Department of Special Education at the University of Southern California.

Felice Leonardo Buscaglia was born in Los Angeles, CA on March 31, 1924 into a family of Italian immigrants. He spent his early childhood in Aosta, Italy, before going back to the United States for education. He was a graduate of Theodore Roosevelt High School (Los Angeles). After Navy service in World War II, Buscaglia entered the University of Southern California, where he earned three degrees (BA 1950; MA 1954; PhD 1963) before eventually joining the faculty. Upon retirement, Buscaglia was named Professor at Large, one of only two such designations on campus at that time.

While teaching at USC, Buscaglia was moved by a student’s suicide to contemplate human disconnectedness and the meaning of life, and began a non-credit class he called Love 1A. This became the basis for his first book, titled simply LOVE. His dynamic speaking style was discovered by the Public Broadcasting System (PBS) and his televised lectures earned great popularity in the 1980s. At one point his talks, always shown during fund raising periods, were the top earners of all PBS programs. This national exposure, coupled with the heartfelt storytelling style of his books, helped make all of his titles national Best Sellers; five were once on the New York Times Best Sellers List simultaneously.