Squirrel/Success Is Often The Result Of…. 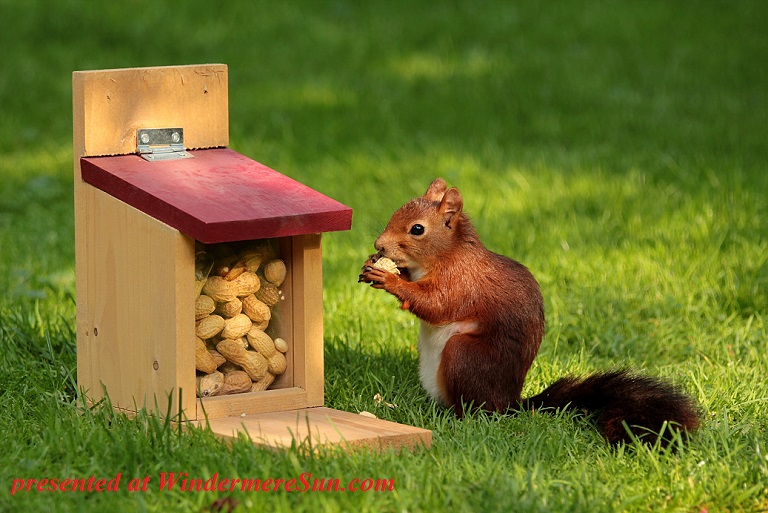 Squirrel with peanuts (presented at WindermereSun.com) 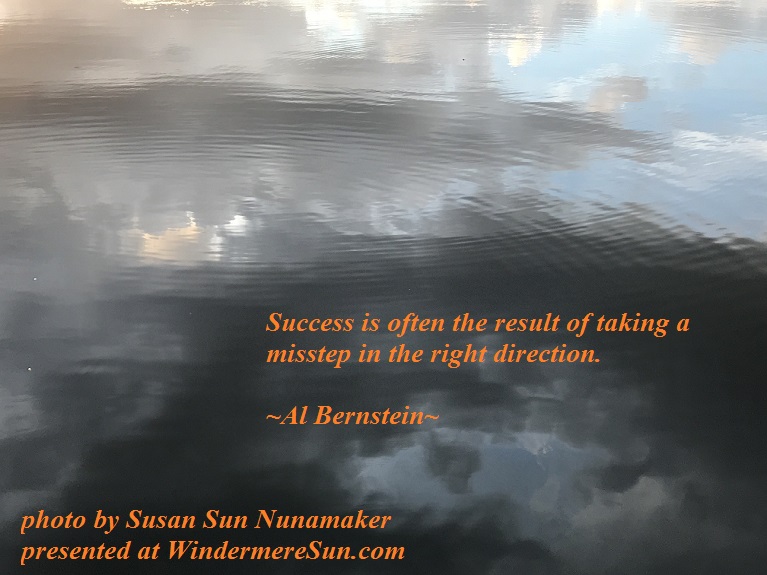 Total Reflection-Success is often the result of taking a misstep in the right direction (quote of Al Bernstein, photo by Susan Sun Nunamaker, presented at WindermereSun.com)

Squirrel with peanuts (presented at WindermereSun.com)

I selected it for this week because I’ve been eating lots of boiled peanuts this weekend. Do you prefer peanuts to be boiled or not boiled?

Total Reflection-Success is often the result of taking a misstep in the right direction (quote of Al Bernstein, photo by Susan Sun Nunamaker, presented at WindermereSun.com)

Al Bernstein once commented, “Success is often the result of taking a misstep in the right direction.”  What do you think?

Below is excerpt from wikipedia on Al Bernstein, in italics:

In the 1970s, Bernstein was a newspaperman, working at Lerner Newspapers in Chicago. He eventually became a managing editor at that newspaper.

In 1978, he wrote Boxing For Beginners, an instructional and historical book on boxing. He also wrote for Boxing Illustrated and The Ring during this period.

In 1980, Bernstein joined ESPN as boxing analyst for the Top Rank Boxing series. He stayed at ESPN until 2003, and during that time he also worked as a reporter for SportsCenter, covering major boxing matches, Major League Baseball, the NBA and the NFL Draft. He also wrote and hosted the series Big Fights Boxing Hour for ESPN Classic. In 1988, he won the Sam Taub Award for excellence in boxing broadcasting journalism and in 2012 he was inducted into the International Boxing Hall of Fame. It was announced in December 2012 that he would be inducted into the Nevada Boxing Hall of Fame as one of their inaugural inductees in 2013 in the Media category.

In 1988, Bernstein recorded his first album My Very Own Songs, with original songs about television and sports. He released Let The Games Begin in 1996. In 1998, he also began a career as a live musical performer. Since then he has performed at major casinos such as Caesars Palace, the Mandalay Bay and The Riviera, as well as many Indian and Riverboat casinos around the United States.

Since 2003, Berstein has served as the boxing analyst on Showtime for Showtime Championship Boxing.

He has been Channel 5‘s main boxing analyst since 2011.