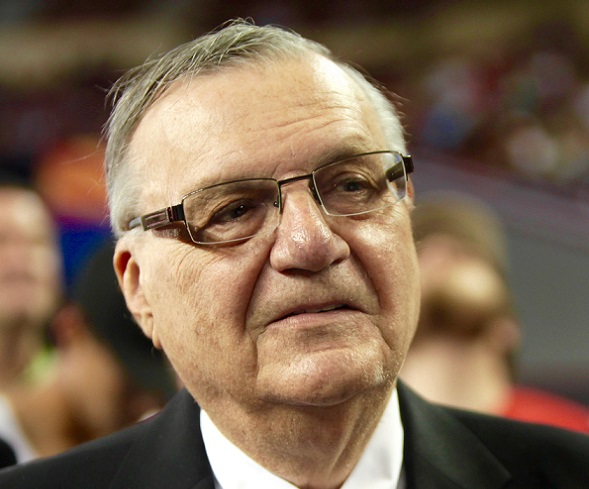 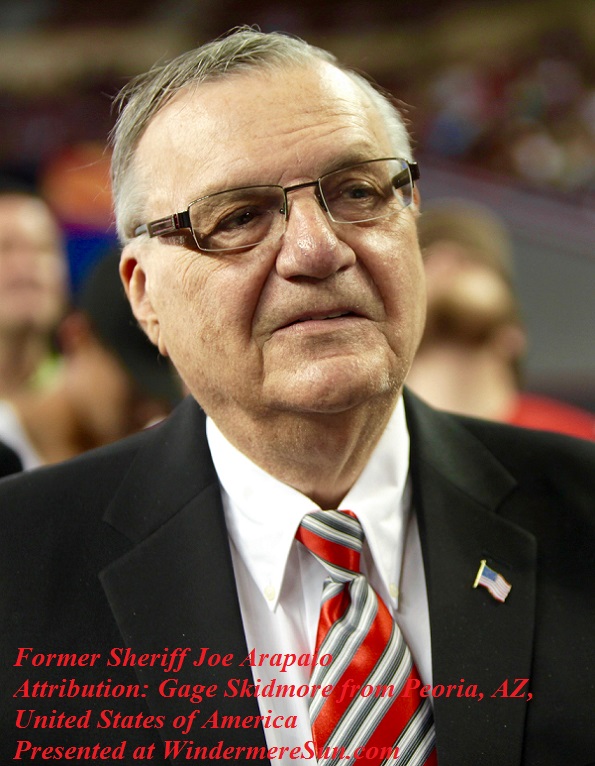 President Trump had pardoned Arizona Sheriff Joe Arpaio toady, who was convicted of contempt of court for defying an order to stop his deputies from detaining people on suspicion of being undocumented. Even though President Trump did not pardon Arpaio on Tuesday this week during his rally at Phoenix, AZ,  Trump did hint during his speech that the pardon would be coming soon. For more details on this topic, please view the interview with Francisca Porchas, organizing director of Puente Arizona, a grass-roots human rights movement for migrant justice, below:

As Hurricane Harvey is upgraded to Category 4 and is boring down on Texas, President Trump announced that he would pardon ex-Arizona sheriff Joe Arpaio, a supporter of the president. Sheriff Joe Arpaio had broken the law by denying court order. This is the first time Trump has used his pardon power, flexing the muscle of this essentially absolute power, for it has no checks and balances. The Department of Justice had no knowledge of President Trump’s decision in using his pardon power in this case.

Arapaio became a national figure for his harsh treatment of criminals and undocumented immigrants during his 24 year tenure as county sheriff of Maricopa County  (including Phoenix), AZ.  He ran a tent city for prisoners he called “concentration camp,”where he held pretrial detainees in unbearably hot conditions and placed prisoners in solitary confinement, among many other abuses of power. He lost his bid for reelection for having been convicted for criminal contempt for ignoring a judge’s years old order to stop detaining Latinos he merely suspected of being undocumented immigrants, with no other reason for arrest.

President Trump has right to pardon Sheriff Arapaio, but in doing so, he is not respecting the rule of law. This gesture would bring more divisiveness to our country.

More details gathered from wikipedia on Joe Arpaio, in italics, below:

Arpaio has been accused of various types of misconduct, including abuse of power; misuse of funds; failure to investigate sex crimes; improper clearance of cases; unlawful enforcement of immigration laws; and election law violations. A Federal court monitor was appointed to oversee his office’s operations because of complaints of racial profiling. The U.S. Department of Justice concluded that Arpaio oversaw the worst pattern of racial profiling in U.S. history, and subsequently filed suit against him for unlawful discriminatory police conduct.

In November 2016, Arpaio lost re-election to Democrat Paul Penzone, who succeeded him as sheriff on January 1, 2017.

Over the course of his career Arpaio was the subject of several federal civil rights lawsuits. In one case he was a defendant in a decade-long suit in which a federal court issued an injunction barring him from conducting further “immigration round-ups”. A federal court subsequently found that after the order was issued, Arpaio’s office continued to detain “persons for further investigation without reasonable suspicion that a crime has been or is being committed.” In July 2017 he was convicted of misdemeanor contempt of court, a crime for which he was pardoned by President Donald Trump on August 25, 2017. In a separate racial-profiling case which concluded in 2013, Arpaio and his subordinates were found to have unfairly targeted Hispanics in conducting traffic stops.