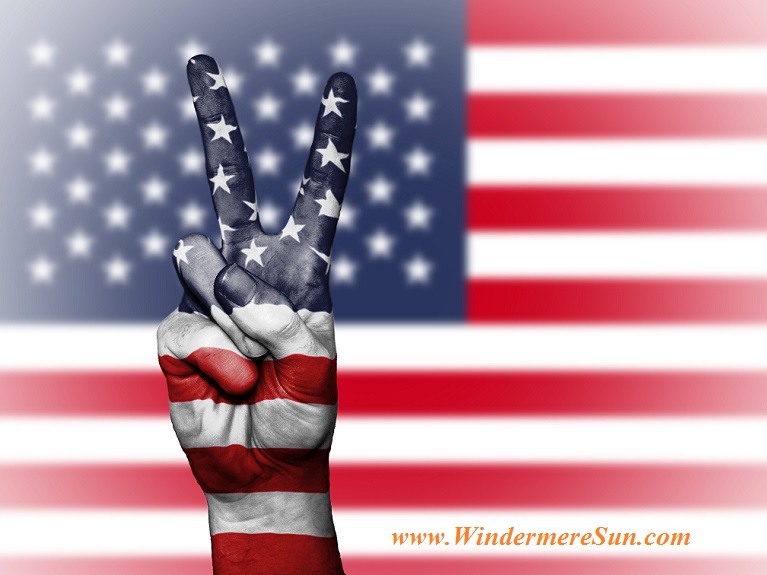 Since I was not alive during American Civil War nor a resident of Charlottesville, I need to better understand the significance of the Southern monuments in order to better understand the cause of Charlottesville violent incident. After some research regarding the monuments of the South and what they symbolize, I’d like to share a discussion of historian and Professor of Columbia Eric Foner, explaining the  Reconstruction, Racism, and Monuments, in the video of 2016, below:

Professor Eric Foner explains the hostility toward what/who is different that had surfaced throughout American history. I have learned from Professor Foner:

To truly understand the American history, American citizenship,  American politics, balance of power between federal and state government,  American terrorism (KKK, etc.), and relationship between political and economic democracy, it is important to appreciate the period of Reconstruction. Please view “Reconstruction and the Fragility of Democracy” with Professor Eric Foner, below: Dred Scott Decision of 1857 claimed that no person (even if born in United States) of African ancestry could claim citizenship in the United States and therefore no person of African ancestry could bring suit in federal court under diversity of citizenship rules.  While Chief Justice Roger B. Taney had hoped to settle issues related to slavery and Congressional authority by this decision, it aroused public outrage, deepened sectional tensions between the northern and southern U.S. states, and hastened the eventual explosion of their differences into the American Civil War. President Abraham Lincoln‘s Emancipation Proclamation in 1863, and the post-Civil War Reconstruction Amendments—the Thirteenth, Fourteenth and Fifteenth amendments to the United States Constitution—nullified the Dred Schott decision.

The Thirteenth Amendment , passed by the Senate on April 8, 1864 and by the House on January 31, 1865, and ratified on December 6, 1865, abolished slavery and involuntary servitude, except as punishment for a crime.  It was the first of the three Reconstruction Amendments adopted following the American Civil War. The 2 Sections of Thirteenth Amendment, in italics, below:

The  Fourteenth Amendment, adopted on July 9, 1868, addresses citizenship rights and equal protection of the laws. This was also one of the three Reconstruction Amendments following the American Civil War.  The 5 sections of the Fourteenth Amendment are presented below, in italics:

The Fifteenth Amendment , ratified on February 3, 1870, prohibits the federal and state governments from denying a citizen the right to vote based on that citizen’s “race, color, or previous condition of servitude”.  It was the third and last of the Reconstruction Amendment. Its 2 sections are in italics, below:

The 200,000 Black men who have served in the Union Army and Navy during American Civil War have played a part in being the catalyst of the idea of America as a nation where democracy and citizenship being severed from the race, a nation with true inter-racial democracy of equals. Fighting and dying for the nation gave them the claim to American citizenship to the post-civil war world.

So we are once again, facing a time of a modern Reconstruction period, needing to redefine what American nation represents. It is time for America to be a nation of multi-racial democracy of equals, politically as well as economically. Perhaps what triggered the incident in Chralottesville, VA, signifies a shift (therefore clash) of powers in modern American history. This change frustrates the white supremacists or white nationalists, finding the trend unsettling.

We have learned from our nation’s history that inequality is the least efficient and most damaging route. The best strategy for all is to demand equality for all, politically as well as economically. Furthermore, stronger or further enforcement of the laws and constitutional amendments in existence would have provided stronger staying power for Reconstruction movement and actual democracy would have deeper roots throughout America with such enforcements. To insure future peace, equality and fairness for all groups (non-whites as well as whites) will be utmost important, so non-whites would not be leading to anger and KKK and neo-Nazis will not be able to further recruit.

As for monuments and statues, I believe in building more rather than destroying more. It is time to look into history and uncover historical Americans of African, Asian, and Hispanic ancestry who have contributed to the American nation in order to build and raise their statues.

The world is watching us. For United States have always represented  a nation of ideals  that strive for equality for all and have given all other nations on earth a sense of direction and hope. This is a land of social experiments and struggle for betterment of humankind.

Finally, I’d like to remind us all that our future will be abundant and there will be plenty of opportunities for all racial groups. What is more: we will have greater challenge in dealing with robots and artificial intelligence in the future. It is utmost important that we human being of all groups to be able to collaborate effectively and be able to choose our battles wisely.

Finally, finally, once America has reached a successful result of our social experimentation of democracy, I’d highly recommend us move toward the idea of global citizenship….not just for convenience of travel but a notch closer to the ideal of utopia….a planet where earthlings have minimum suffering and optimal actualization every where for every one.

You may also be interested in: Let’s Not Divide But Unite
Gathered, written, and posted by Windermere Sun-Susan Sun Nunamaker
More about the community at www.WindermereSun.com

Any comments, suggestions, concerns regarding this post will be welcomed at info.Windermere[email protected]