Let’s Not Divide But Unite 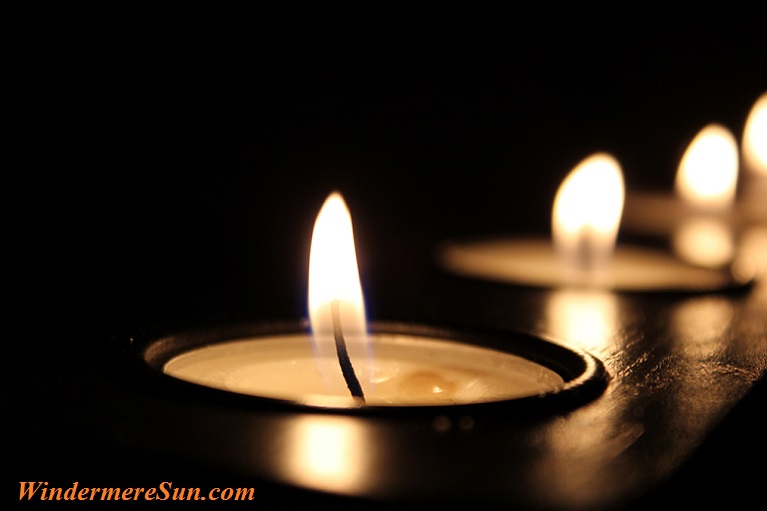 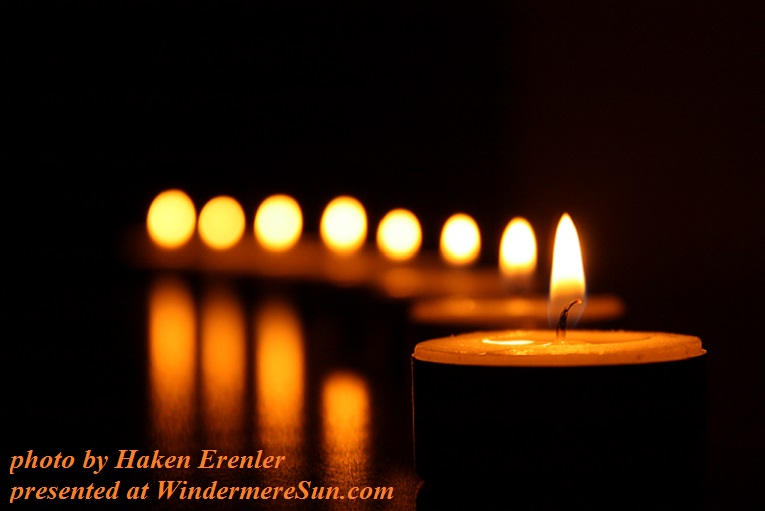 row of candles (photo by Haken Erenler, presented at WindermereSun.com) 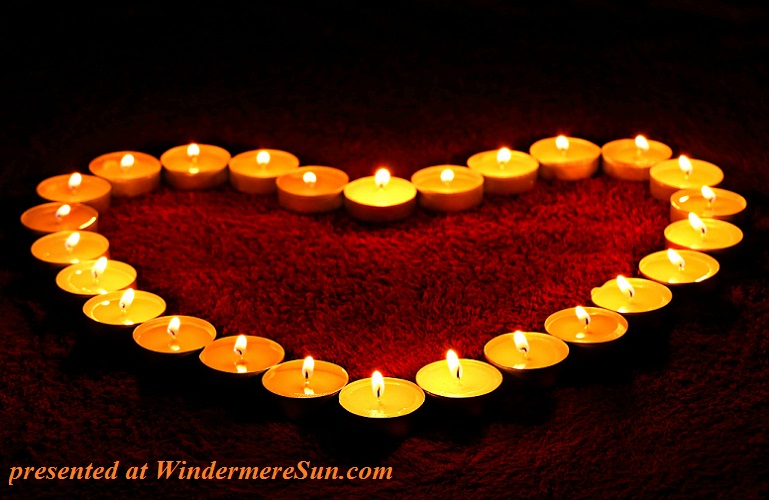 heart of candles (presented at WindermereSun.com) 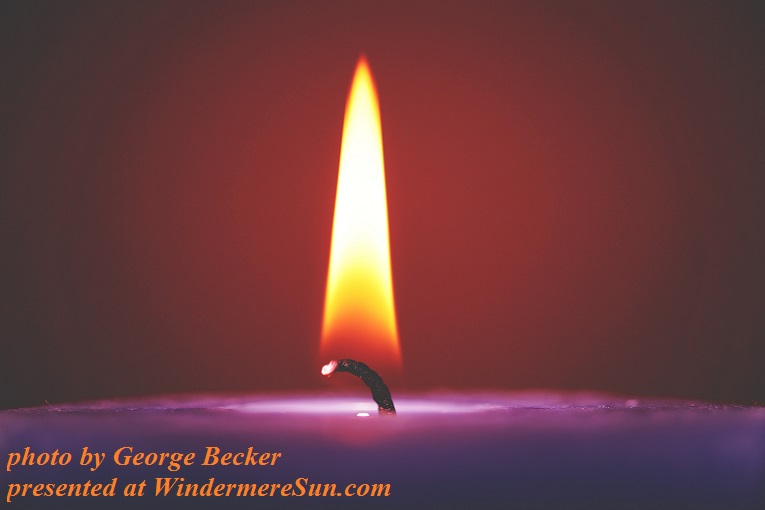 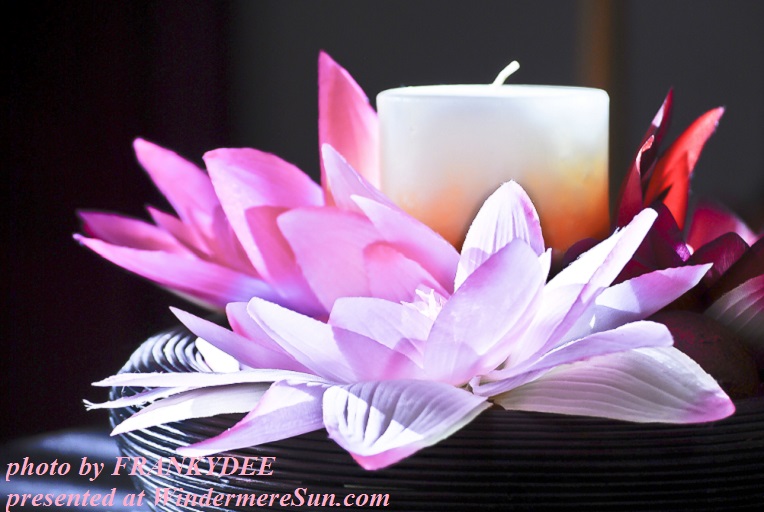 candle and lotus (presented at WindermereSun.com) 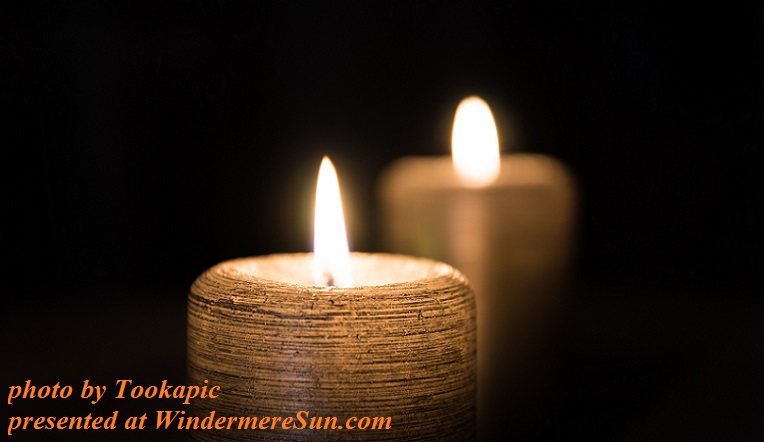 On Sunday (Aug. 13, 2017) night, at the site of Orlando’s Confederate monument at Lake Eola,  more than 100 mourners  held a vigil for those killed during a white supremacist rally in Charlottesville, Virginia on Aug. 12, 2017. This is one of many vigils being held across American cities after the violent confrontation in Charlottesville, Virginia, on Aug. 12 between white supremacists groups against anti-fascists and anti-racism activists.

The rally was by  white supremacist groups, including KKK and neo-Nazi flocked from different parts of the America to protest against the decision to remove the statue of Confederate General Robert E. Lee  from a city park. General Robert E. Lee was an American general known for commanding the Confederate Army of North Virginia in the American Civil War from 1862 until his surrender in 1865. His statue was erected in Charlottesville in 1924, but recent decision in having it taken down has attracted multiple protests from far-right groups since May of 2017. On Aug. 12, 2017, the white supremacist or far-right groups  clashed in the street with counter protesters not far from University of Virginia. The counter protest groups ended in tragedy when a car plowed into a crowd of counter protesters, killing one person (Heather Hyer) and injured about 19 others. The person responsible for this tragedy, the twenty year old James Alex Fields from Ohio was arrested on suspicion of second-degree murder, maliciously wounding and failing to stop for an accident involving a death. He has been denied bail. The rally was shut down after the Governor of Virginia declared a state of emergency.

David Duke, former KKK leader and part of the rally, is seen saying (at 0:45 of the video above),”This represents a turning point, for the people of this country. We are determined to take our country back. We are going to fulfill the promises of Donald Trump. That’s what we believed in and that’s why we voted for Donald Trump because he said he’s going to take our country back….” All of those who attended and committed violence at this rally is forever identified as a white supremacist or neo-Nazi  and will forever be identified as such. White Nationalist Cole White, the first person to be exposed by the Twitter account Yes You’re Racist, was sacked from his restaurant job at Top Dog in Berkeley, CA. Yes, You’re Racist also named and shamed the twenty year old History and Political Science student Peter Cvjetanovic, dubbed “angry torch guy” by social media users. His image was retweeted more than 32,000 times on Twitter. The account also exposed, naming and shaming Ryan Martin and Jacob Dix.

Normally Windermere Sun leans toward reporting positive news, but this event is significant enough that I feel compelled to share the analysis of Rachel Maddow below regarding the Racism ‘A Persistent Infection’ In American Culture, below:

Racism is not new. Prejudice or racism is rooted in lazy and irrational thought process. Collaboration and unification among diversified groups would strengthen the culture.  Division, on the other hand, would weaken us as a nation. In order for Americans to have healthy, happy, and sustainable living, and to continue being the model nation of this planet earth, we need to free ourselves of the prejudice from the past. If General Ulysses S. Grant and could co-exist with General Robert E. Lee after the end of American Civil War, why can’t we? Perhaps instead of taking down the statue of General Robert E. Lee, we should consider installing a statue of General William Tecumseh  Sherman, General Ulysses S. Grant, or Southern Black Reconstructionist along side of General Lee, and let these statues be treated as historical characters from the past, reminding us of a time long gone, before we human being have evolved to current state of tolerance and acceptance of one another. Nevertheless, it was a critically important time in history when two sides of a nation have fought and concluded the war. We will potentially be facing a future of abundance that question of jobs may no longer be an issue regardless what the color of one’s skin may be.  In the future, mankind will need to learn to face the challenge of dealing with robots and AI. We will need all the fellow human help we can get. It is not the time to divide  but to unite ourselves.

You may also be interested in: Historical Significance of Charlottesville Monument