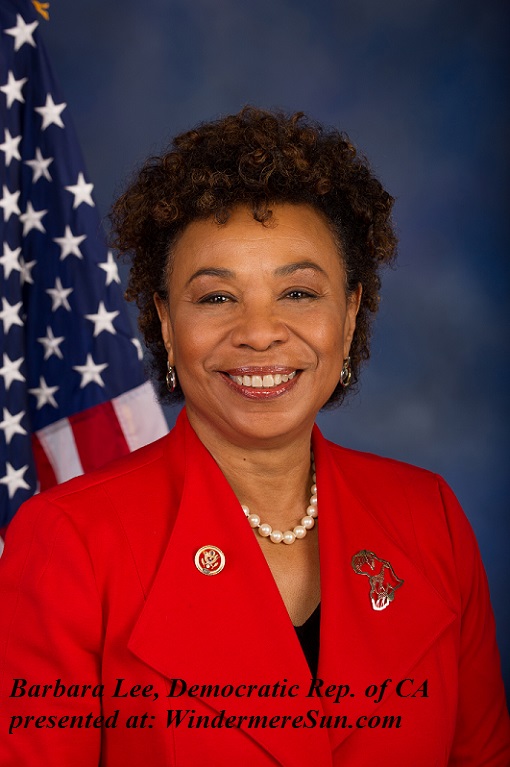 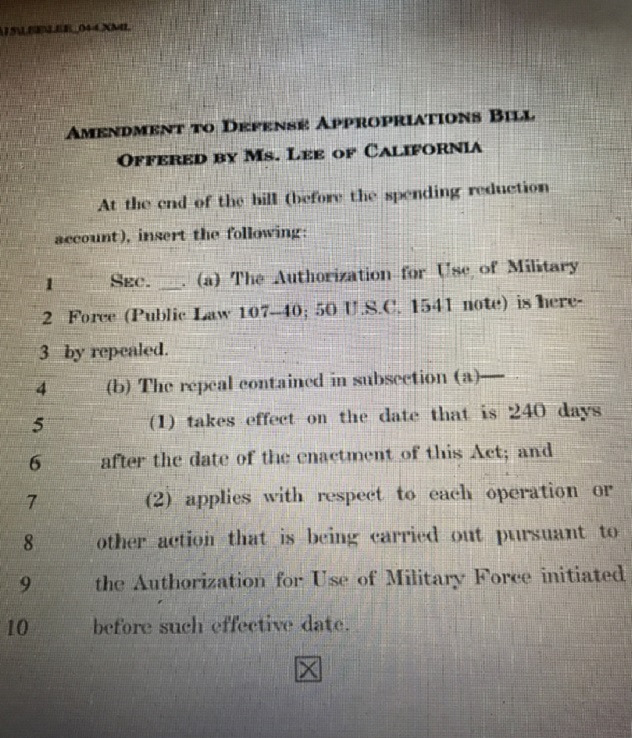 It’s been a week of roller coaster. Such is the inevitable position for those of us living under Trump administration. We will be forever entertained by the dramatic turns that may lead to no end. Nevertheless, we’d need to momentarily take a deep breath and try to decipher if we’ll be able to endure another dive of this roller coaster.

Thankfully, the wonders of internet has provided me with a very helpful tip from one of our readers, in response to our previous posts on: China Calls For Restraint From Both U.S. and N. Korea and Two Leaders Needing To Cool Down. Apparently, back in June of this year, the House Appropriations Committee approved by nearly unanimous voice vote an amendment from Democratic Rep. Barbara Lee of California that would sunset/repeal the 2001 Authorization for Use of Military Force (AUMF, set in motion after the Sep. 11, 2001 terrorist attacks, such that this authorization has provided the foundation for U.S. military intervention abroad ever since.) as a part of Department of Defense’s budget for next year. This amendment would dramatically curb the president’s ability to authorize military force without congressional approval. In order for it to become law, it would need to pass the full House, Senate, and be signed by President Trump.

Bush, Obama, and Trump administrations have used 2001 AUMF to justify 40 military activities or operations in 14 countries.


Barbara Lee was the lone dissenting voice and vote on the floor of the House, opposing the AUMF back in 2001, for fear of perpetual warfare. She continued working tirelessly on the amendment to repeal that authorization in order to prevent blank check for endless wars.
So, if you want to have an impact, to decrease the chance of warfare, please contact your Congress-person(s) to express your support for this Amendment To Defense Appropriations Bill Offered By Dem. Rep. Barbara Lee , to request that the House and the Senate to expedite this piece of legislation. It would also be greatly appreciated if you will also send Dem. Rep. Barbara Lee a note of appreciation for her perseverance.

You may be interested in: Lucius Quinctius Cincinnatus & George Washington, both of these historical famous characters chose to relinquish their respective supreme powers after their nations’ crisis had been averted. A city by the name of “Cincinnati” (Cincinnati, OH) was named after Cincinnatus. There are many cities, streets, and a state named after Washington.