China Calls For Restraint From Both U.S. and N. Korea

Xi Jinping, General Secretary of the Central Committee of the Communist Party of China (presented at: WindermereSun.com) 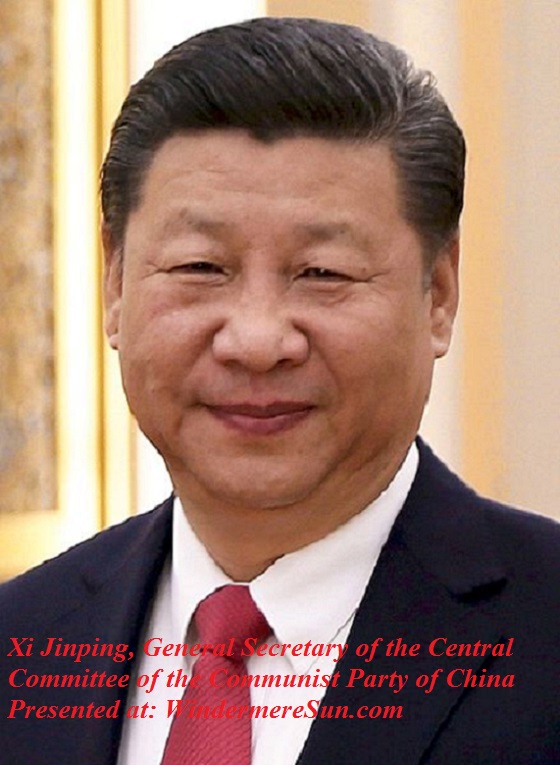 Xi Jinping, General Secretary of the Central Committee of the Communist Party of China (presented at: WindermereSun.com)

On Friday, Chinese leader Xi Jinping (General Secretary of the Communist Party of China) has called the White House for restraint after a dramatic exchange of threats between two leaders, U.S. President Donald Trump and North Korea Kim Jong-un (Chairman of the Workers’ Party of Korea). President Xi made it clear in the call that he was asking both sides to scale down the rhetoric and stressed the importance of diplomacy, China’s foreign Ministry said in a statement.

“At present, relevant parties should exercise restraint and avoid words and actions that would escalate tensions on the Korean Peninsula,”Xi said in a statement.


What can you, a United States citizen or voter, do to prevent any further escalation? Email, call, and tweet your Congress-person(s) to call for diplomacy and negotiation rather than military option. Be sure to remind them what we have learned from history: nuclear warfare should not be the first option. Time is of the essence. Our entire planet may be in jeopardy if such rhetoric or military installations continue.
Contact Federal Elected Officials