Cutest Solar Power Plant On Planet Earth Is In China! 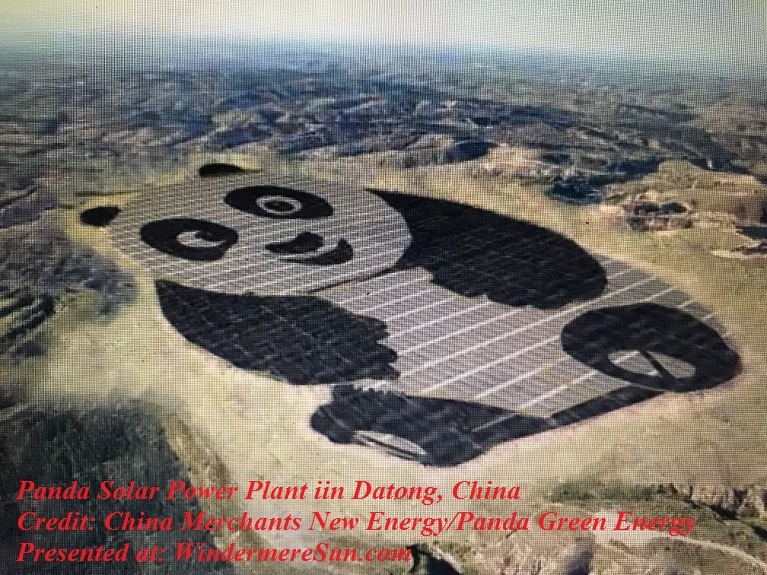 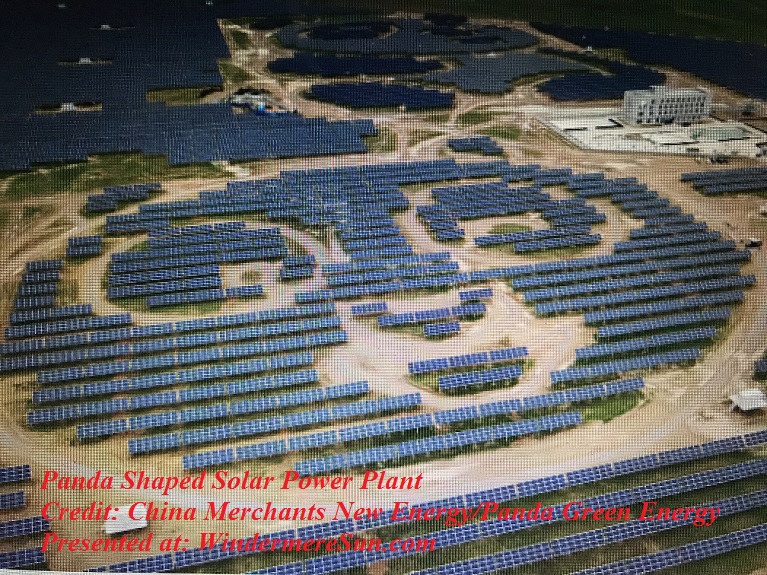 
As China continues to grow and develop, energy and pollution are important incentives for China to steer toward the renewables at a lightening pace. As solar generation becomes cost-competitive with electricity from fossil fuels, China rolls out the world’s biggest investment in clean energy.

One of the energy firms in China, Panda Green Energy Group Limited (formerly known as the “United Photovoltaics Group Limited”), has come up with an aesthetically pleasing way to promote the development of solar energy by arranging solar panels at a solar farm to resemble the image of China’s national treasure, the panda. Panda Green Energy’s panda solar power plant in a city of Datong in northern Chinese province Shanxi, with capacity of 100 MW once fully connected (some estimated that in 25 years, it would have generated 3.2 billion KWh, reduced 2.74 million tons of carbon emissions  or 1.06 million tons of coal throughout China).  The solar panda  was constructed in cooperation with the United Nations Development Program (UNDP) in tackling the problem of need for renewable energy in China. In June of 2017, Panda Green Energy Group Limited announced that its first panda shaped solar power plant (of 50 MW covering 248 acres, with the black part composed of the more efficient monocrystalline silicone and the grey and white part being the thin film solar cells) was officially connected to the grid in Datong, Shanxi.

This panda solar park is set to become a national monument and home to an education center aiming to teach young people from all over China about the importance of renewable energy and sustainable living. According to Reuters, Panda Green Energy is planning on launching more panda-shaped power plants (some estimate about 100 panda-shaped solar power plants), both inside and outside of China.