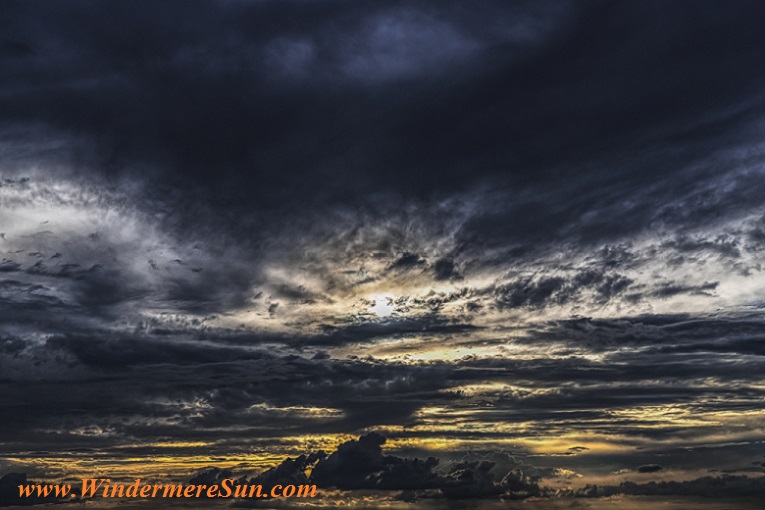 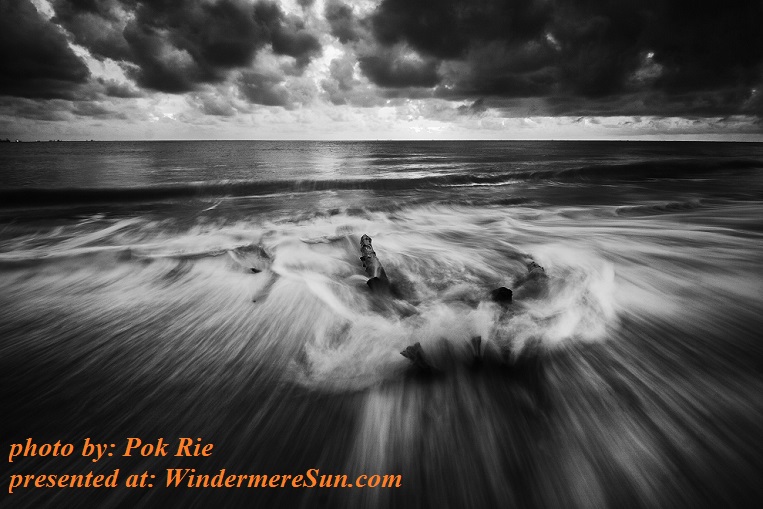 storm cloud and water (photo by: Pok Rie and presented at: WindermereSun.com) 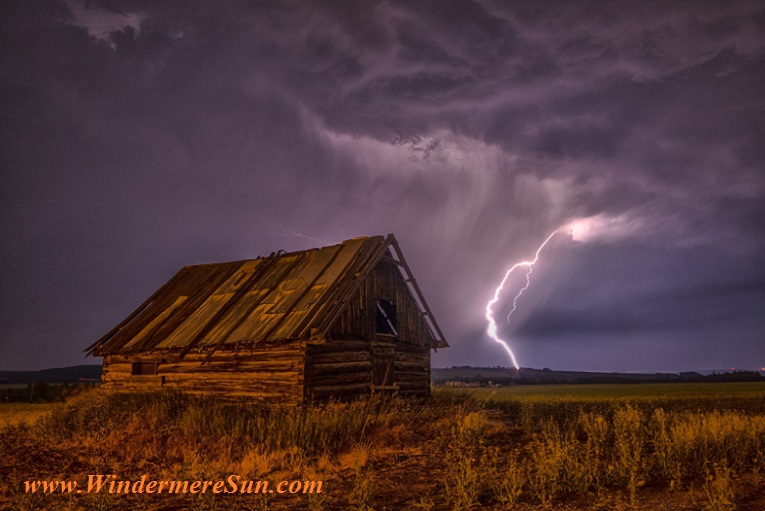 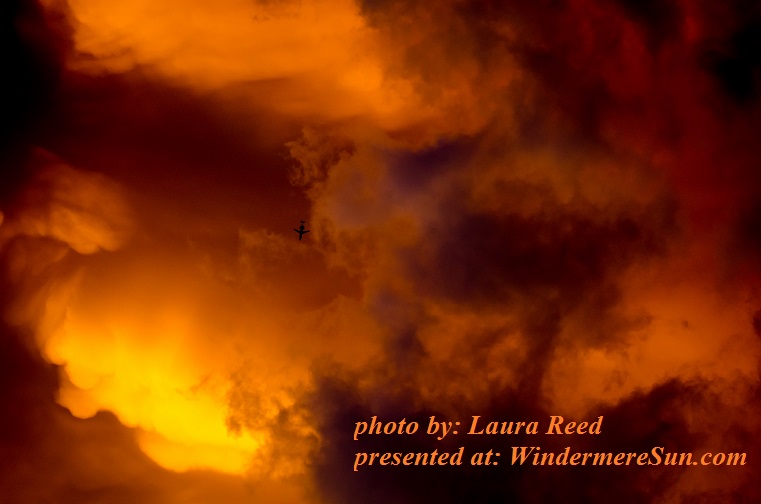 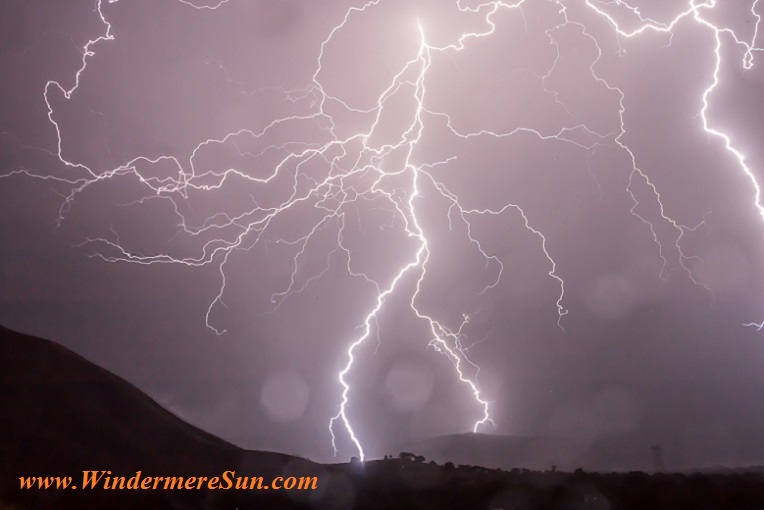 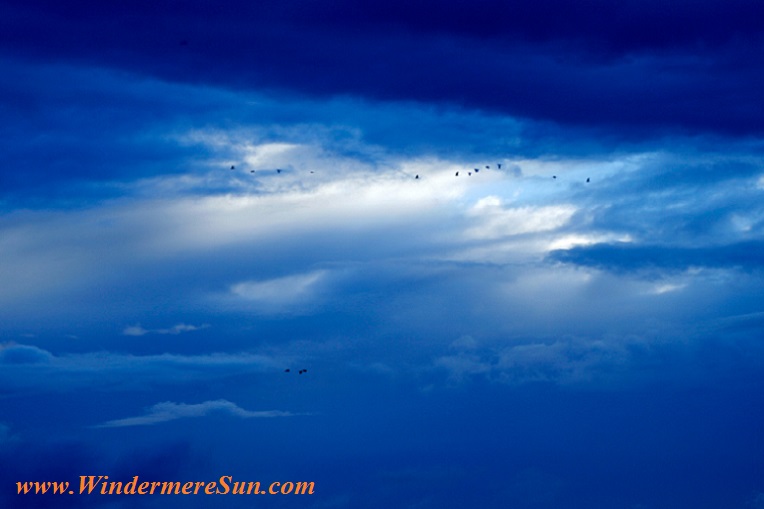 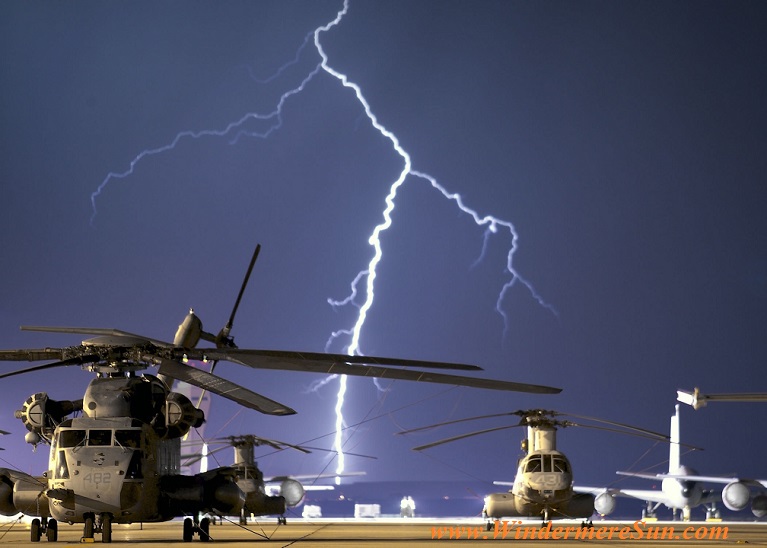 Sights and Sounds of Tropical Storm Emily, below, seen near Bradenton:
Tropical Storm Emily sprang up this morning around 7:45 am and made landfall along the Florida Gulf Coast in the Tampa/St. Petersburg metro area Monday morning. Even though Emily has weakened to a tropical depression by Monday afternoon, it will continue to wring out heavy rain while moving inland over parts of the central Florida Peninsula into early Tuesday, with some possible flooding in certain areas.
The storm landed on Anna Maria Island, an island off of Florida’s west coast near Bradenton this morning around 10:45 am.  Emily has brought  winds of 45 mph and several inches of rain. Governor Rick Scott declared state emergency for 31 counties in Southern and Central Florida. Forecasters indicate that the center of the storm should move off of Florida’s east coast around midnight Monday night and is expected to regain tropical storm strength over ocean water. According to Scott’s office, 7, 868 residents are still without water as of Monday night. About 18,000 residents are without power at the height of the storm, according to Gov. Scott. The tropical storm warnings for Florida’s west coast is canceled by the National Hurricane Center. There are six Florida counties under tropical storm warning on Monday afternoon, including Lee, Pinellas, and Sarasota.

While making landfall, Emily cranked out over 7,000 cloud-to-ground lightning strikes in the bands moving around her eyewall, according to lighteningmaps.org, an unusual amount of lightening for a tropical storm. After it moved inland, a strong area of rotation formed on radar, causing a Tornado Warning being issued for the Bradenton area. Only one storm report was filed (3-inch branches and power lines down between South venice and Englewood, FL).

For those of you interested in the relationship between Climate Change and Tropical Storms’ frequency and intensity, please feel free to view data gathered by NASA’s Earth Observatory by clicking HERE.