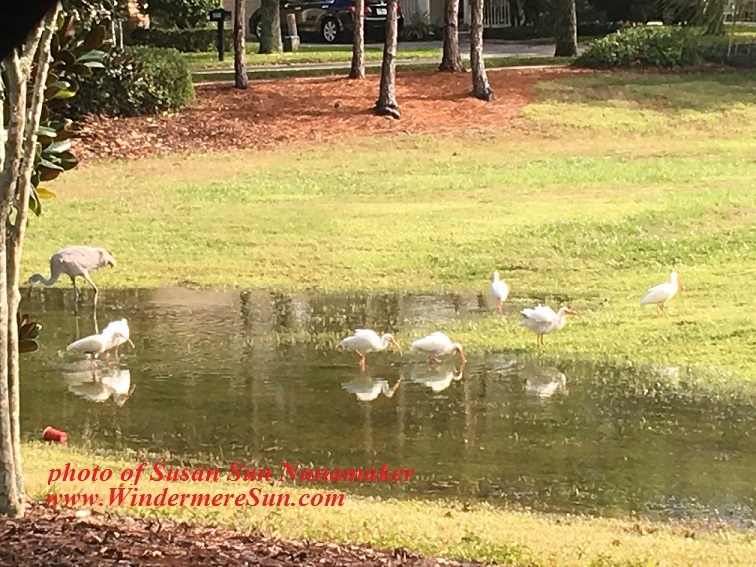 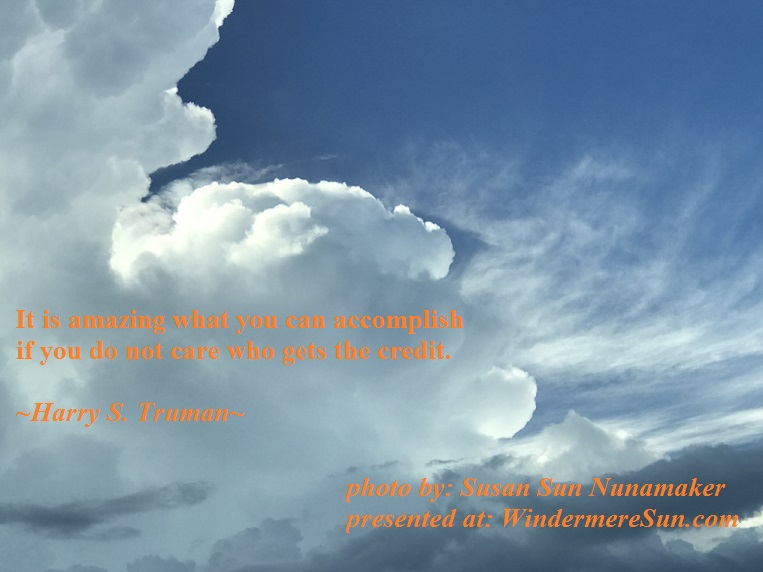 Cloud-It is amazing what you can accomplish if you do not care who gets the credit. (quote by Harry S. Truman, photo by Susan Sun Nunamaker, presented at WindermereSun.com)

Yes, those of you who are residents of Central Florida would be quite familiar with the sight of cranes. These cranes are effectively the pets of our neighborhood. Yes, I am serious! We all slow down our cars if/when they are crossing the street…. some of us even regularly feed them. Once in a while, if we do not show up at feeding time, these cranes would actually knock on our garage doors for feeding 🙂

Cloud-It is amazing what you can accomplish if you do not care who gets the credit. (quote by Harry S. Truman, photo by Susan Sun Nunamaker, presented at WindermereSun.com)

Harry S. Truman once commented, “It is amazing what you can accomplish if you do not care who gets the credit.” More on Harry S. Truman, in italics, below:

Harry S. Truman (May 8, 1884 – December 26, 1972) was the 33rd President of the United States (1945–53), assuming that office upon the death of Franklin D. Roosevelt during the waning months of World War II. He is known for launching the Marshall Plan to rebuild the economy of Western Europe, for leading the Cold War against Soviet and Chinese communism by establishing the Truman Doctrine and NATO, and for intervening in the Korean War. In domestic affairs, he was a moderate Democrat whose liberal proposals were a continuation of Franklin Roosevelt’s New Deal, but the conservative-dominated Congress blocked most of them. He used the veto power 180 times, which is more than any president since then, and saw 12 overridden by Congress; only Grover Cleveland and Franklin D. Roosevelt used the veto so often, and only Gerald Ford and Andrew Johnson saw so many veto overrides. He also used nuclear weapons to end World War II, desegregated the U.S. armed forces, supported a newly independent Israel, and was a founder of the United Nations.