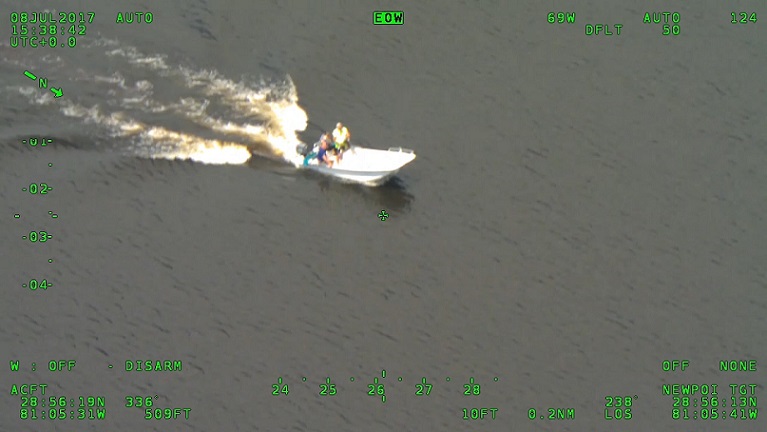 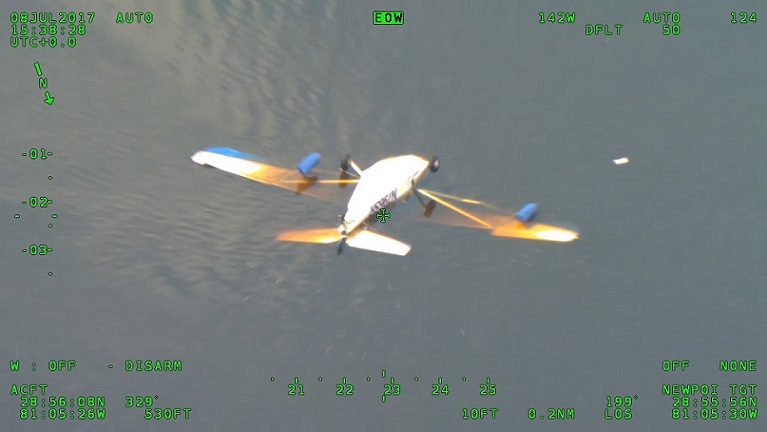 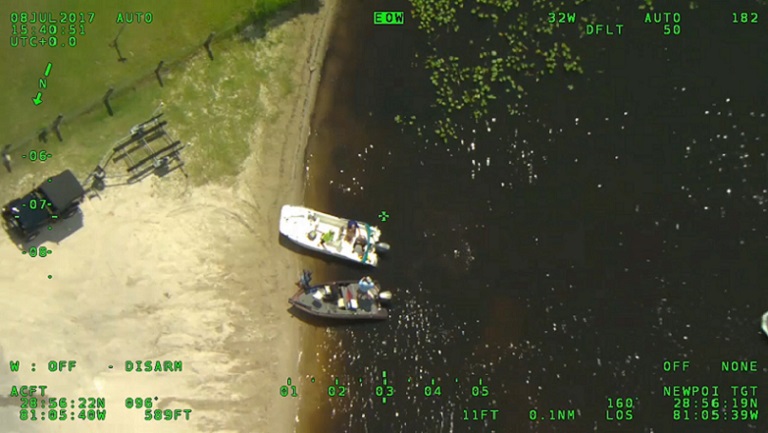 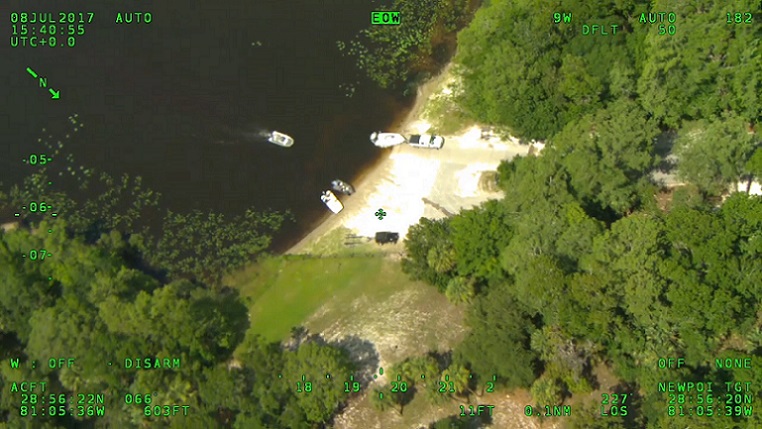 
On Saturday, July 8, 2017, an amphibious airplane crashed on Lake Ashby west of New Smyrna Beach around 11:25 am, injuring two people on board (Chris and Vivienne Carlson) who were rescued from the water by a boater, Dewie Wallce. The incident was reported by the boater at 11:25 am at the lake off Boy Scout Camp Road. Boater told a 911 dispatcher that he saw the plane come in for a landing on the lake and then flip over. The two injured people on board ended up hanging onto the side of his boat.

“Give me your hand, give me your hand,” he could be heard saying while on the phone with 911, as he and others worked to pull the crash victims onto the boat. VCSO Air One arrived overhead and provided a video feed to the dispatcher who was on the phone with the boater. When the boat reached land, the injured people met first responders and were transported to Central Florida Regional Hospital in Sanford for treatment of facial and head injuries.

The plane is a SeaRey amphibious aircraft. Sheriff’s deputies turned over the incidents to the NTSB.

Our thanks to boater  Dewie Wallace for being at the right place and at the right time to help save Chris and Vivienne!

Great big thanks to Volusia County Sheriff’s Office, VCSO Air One,  and Andrew Gant for making it possible for you all to be able to see the video feed of the incident.