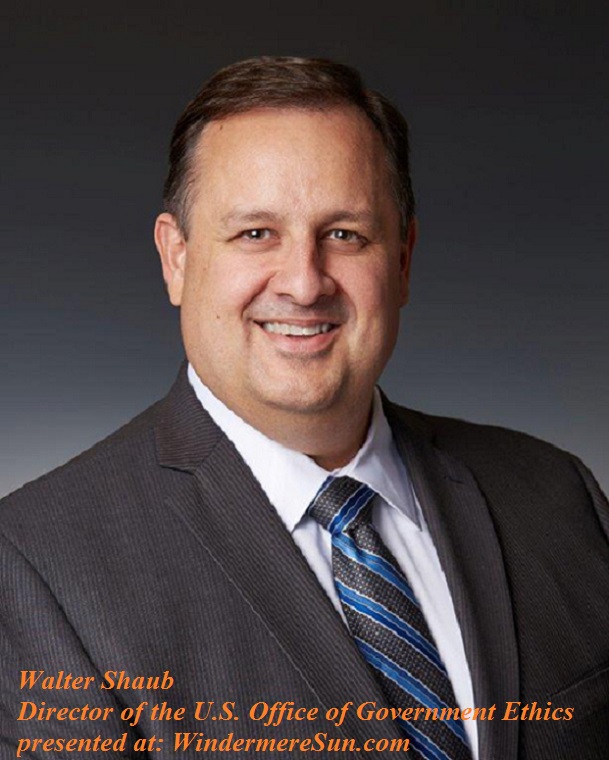 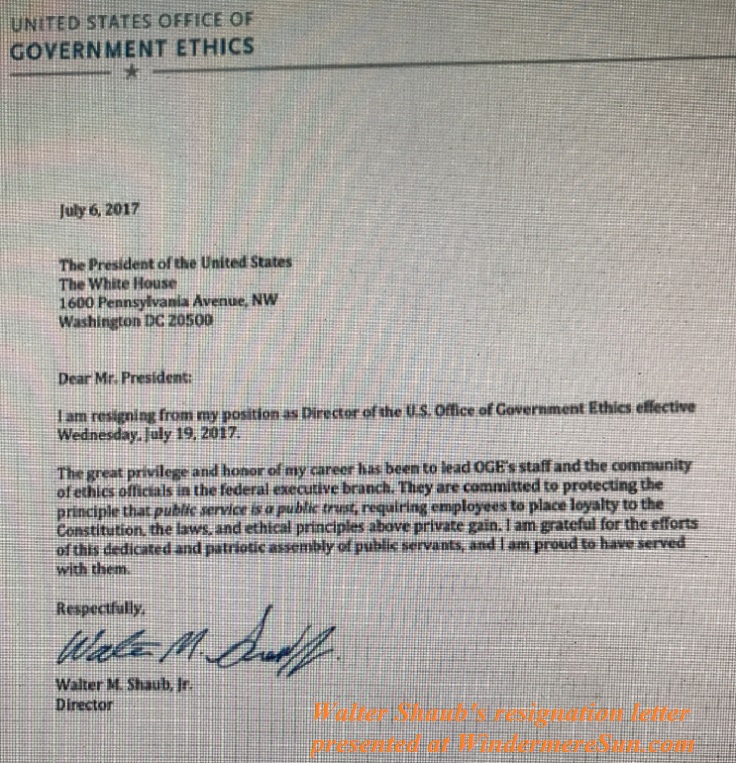 Walter M. Shaub Jr., Director of the United States Office of Government Ethics or government’s watchdog for ethics, announced on Thursday, July 6, 2017, that he would resign from his post. His five year term as the director is not set to expire until January, 2018. Since he had repeatedly gone head-to-head with the Trump administration, over issues such as President Trump’s refusal to divest his businesses and the administration’s delay in disclosing ethics waivers for appointees, the chance of his position being renewed after January is slight and an appealing offer from a nonpartisan advocacy group of election-law experts, Campaign Legal Center,  makes it the right time to leave.


“There isn’t much more I could accomplish at the Office of Government Ethics (O.G.E.), given the current situation,” Mr. Shaub said in an interview on Thursday.”O.G.E.’s recent experiences have made it clear that the ethics program needs to be strengthened. At the Campaign Legal Center, I’ll have more freedom to push for reform. I’ll also be broadening my focus to include ethics issues at all levels of government”

Since 1970’s, U.S. Presidents have moved their assets into blind trusts run by third parties so to avoid any ethical issues. Trump’s plan of moving his business interests into a trust run by his two oldest sons and a long time business associate (while Trump is the sole beneficiary of the trust), according to Shaub, “Trump’s trust is not even halfway blind. His sons are still running the businesses, and, of course, he knows what he owns.”

Current administration had been hiring unprecedented numbers of former lobbyists, lawyers, and industry consultants and had given many of these appointees waivers to get around  ethics rules. In April, Shaub began publicly demanding that the White House making those waivers public. Shaub won that battle when the administration released the information for White House appointees, including the chief of staff Reince Priebus, counselor Kellyanne Conway, and chief strategist Steve Bannon at the end of May. OGE managed to push out more waiver information in June.

The small agency of OGE can only advise on ethics, but cannot enforce ethical rules. Many Americans have called upon OGE and demanded action on ethical issues involving Trump administration. During the six months between October 2008 and March 2009, as the Obama presidency was taking shape, OGE received 733 public contacts, but during October 2016 to March 2017, during the  Trump administration, OGE was swamped with 39,105 contacts, an increase of 5235%. 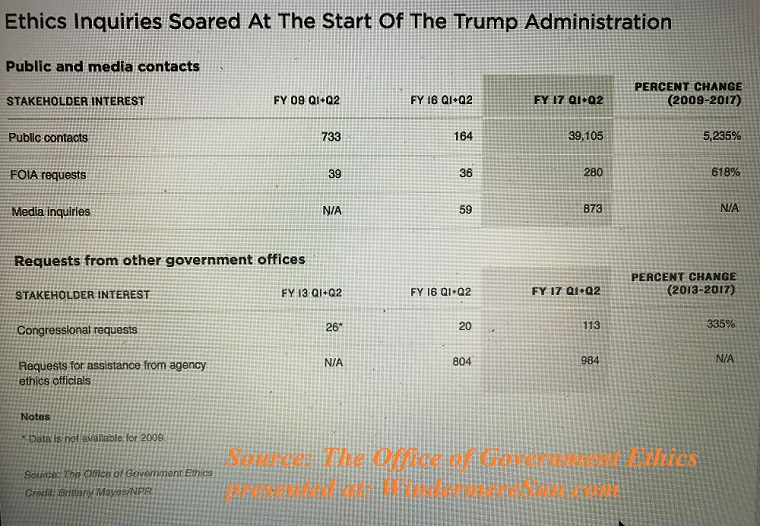