Flying Car, The Future of Transport 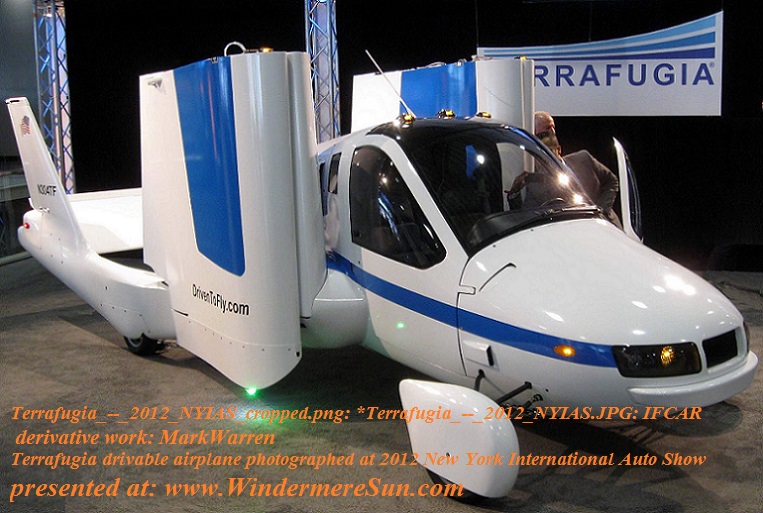 I know things are changing at a fast pace. Vehicles often seen in sci-fi novels or magazines such as Popular Science are coming on the scene of reality (as we know it). A flying car is a type of personal air vehicle that provides door-to-door transportation by both road and air. It is often used to include roadable aircraft and hovercars. Many prototypes have been built since the beginning of the twentieth century, but no flying cars has yet reached production status.

Let’s take a look at the Flying Car-Terrafugia Transition, street-legal aircraft, below:

The first public demonstration of Terrafugia Transition Flying Car, EAA AirVenture Oshkosh, WI in 2013, below: Now, take a look at the Terrafugia TF-X,  a four-seat, vertical takeoff and landing (VTOL) hybrid electric aircraft that makes flying easier and safer than ever before, below: Terrafugia was not the only one that had the dream of building flying cars, take a look at Pal-V  One (by Dutch company Pal-V), Transition (of Terrafugia), The Maverick LSA (of Beyond Roads), and Aeromobile 3.0 (of Aeromobile s.r.o.), below:
Gathered, written, and posted by Windermere Sun-Susan Sun Nunamaker
More about the community at www.WindermereSun.com
Any comments, suggestions, concerns regarding this post will be welcomed at [email protected]